The audience, however, is too smart to be swayed by the partisan views of either the you-scratch-my-back-I-scratch-yours group or the punditry of some in the trade business 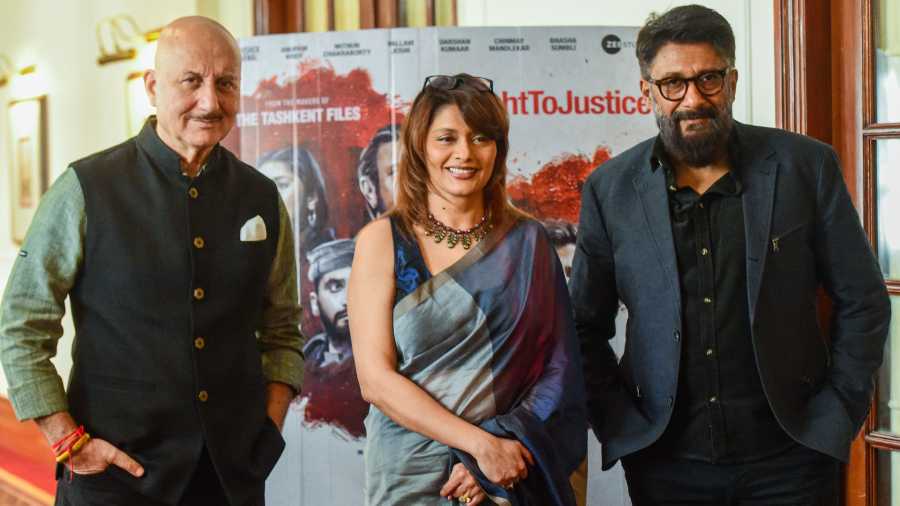 Fake. Fluke. Fiction. Fact. Political. Social. Disturbing. Disruptive. Whatever the word one chooses to describe The Kashmir Files (TKF), what is indisputable is that psephologists who claimed to have studied the ground in five states and trade pundits who flaunted badges on their deep knowledge of the box office were once again caught by surprise. With their inability to see beyond traditional parameters, soothsayers often fail to read or report the mind of an electorate or an audience.

“It’s more than that,” said a prominent producer. Today, he said, people with a following on social media get paid for their tweets and Instagram posts. Like the political world has its overactive IT cells, the film industry too has a handsome amount set aside. There is a going rate for each tweet or post with a mutual understanding on how many tweets will be put out to boost a film or an actor. Riding the paid tweet trend are not only some trade pundits but also a handful of popular photographers who get package deals from actors for posting a picture with a newsy headline. Most stars have mastered the astonished look when they spot the paparazzi — how else do you think there are regular pictures of Kareena, Janhvi or Ananya Panday going in and out of the gym, trying out a new look, eating out or flaunting an airport look?

When TKF was released in a meagre number of screens and few channels willing to interview filmmaker Vivek Agnihotri, conventionally wired trade people had warned that the small film could get dwarfed by the lavish, mega star-driven Radhe Shyam. But Radhe Shyam, a limp, fictional story of an astrologer, was out before it entered the cinema halls because the trade had miscalculated the draw of Prabhas, who is known only for Baahubali and is no pan-India mega star. Prabhas, poor fellow, who also believed he’s as powerful as Baahubali, even insisted on dubbing his own lines, quite forgetting that one of the reasons for the handsome collections of the Hindi version of Pushpa was that consummate actor Shreyas Talpade had dubbed the hero’s dialogues with the right accent and swagger.

It requires not astrology but commonsense and a conscience to tell it like it is.

It happened last week too when Bachchan Pandey, a weakly-written film that neither entertained nor said anything substantial, was released. It’s been bad enough that social media has spawned a mutual admiration society in the film industry, where filmmakers and stars regularly praise each other’s films and exhort fans to go watch this “sure winner”. But quite inaccurately, a bunch of trade journalists had also predicted that it was a sure-shot blockbuster which would end TKF’s box-office juggernaut.

The audience, however, is too smart to be swayed by the partisan views of either the you-scratch-my-back-I-scratch-yours group or the punditry of some in the trade business. So, the underestimated TKF continued towards a Rs 200-crore collection while the Akshay Kumar-starrer whimpered and bowed out of the race.

Trying to analyse TKF’s astonishing return on investment has led to some baffling conclusions like citing the PM’s endorsement as one of the reasons. But the PM’s statement came on the fifth day, when TKF had already touched a sentiment and gone into the stratosphere. As Ram Gopal Varma pointed out, if his approval impacted, how did the biopic on his own life fail, that too just after his thumping victory in 2019?

Trying to explain the Bachchan Pandey fiasco, the trade has been talking about how TKF is unstoppable, how big budgets and linear narration are out and how the small film has changed the grammar of Hindi cinema. They’re reading it wrong again. When a worthy film comes along, fatigue will set in for TKF too. RRR, a Rs 400-crore extravaganza, has everything that TKF doesn’t, plus chest-thumping patriotism. The rules of filmmaking will keep getting rewritten.