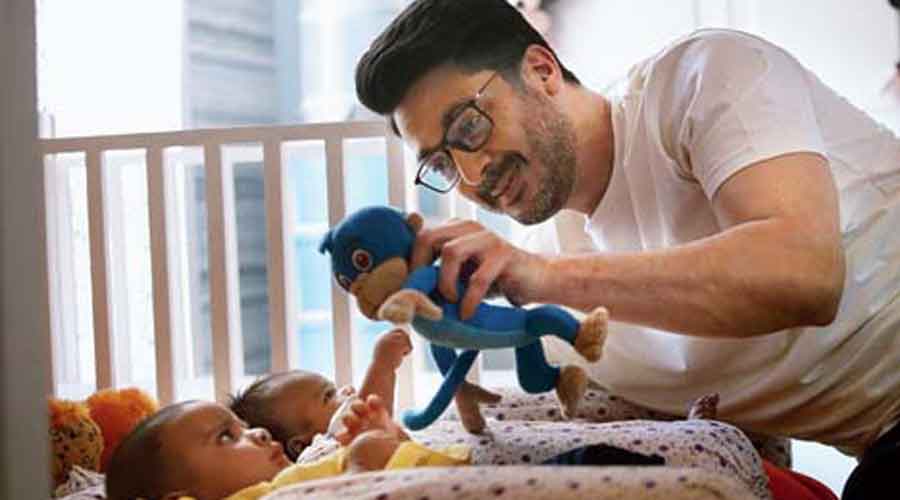 The film Baba Baby O directed by Aritra Mukherjee revolves around a single father who has twins through surrogacy. The romantic comedy depicts the joys and struggles of Jisshu Sengupta’s character to raise his kids single-handedly. The shoot began on March 21 and was wrapped on April 9, following all safety protocols. “As a director I was more confident directing my second film. I was ably supported by Windows production house and a wonderful team of cast and crew. The most important thing is, keeping the Covid situation in mind, the maximum shoot was done on a set. The best part was completing the shooting of the film in 16 days without any kind of obstacles or problems. So, as a director this made me really happy and satisfied,” says Aritra, who had directed Brahma Janen Gopon Kommoti earlier. Brahma Janen Gopon Kommoti, a Windows production, was selected in the Indian Panorama of the International Film Festival of India (IFFI). How was it like working with Jisshu? “Working with a senior actor like Jisshuda is always a pleasure and also a challenge. He has been in this industry for almost 25 years and I am just into my second film as a director. But he never made me feel that I am a new director. He was always discussing the scenes with me and even guiding his junior co-stars. This was really commendable. I should also mention here that two eight-month-old babies have worked in my film. The father in Jisshuda always popped up whenever the babies were there for the shots. He was patient, caring and understanding. To get reactions from eight-month-old babies is really a challenge but I guess it was only possible because it was Jisshuda on the sets. He is a very down-to-earth and a friendly person. I will cherish the memories of working with him forever,” smiles Aritra.