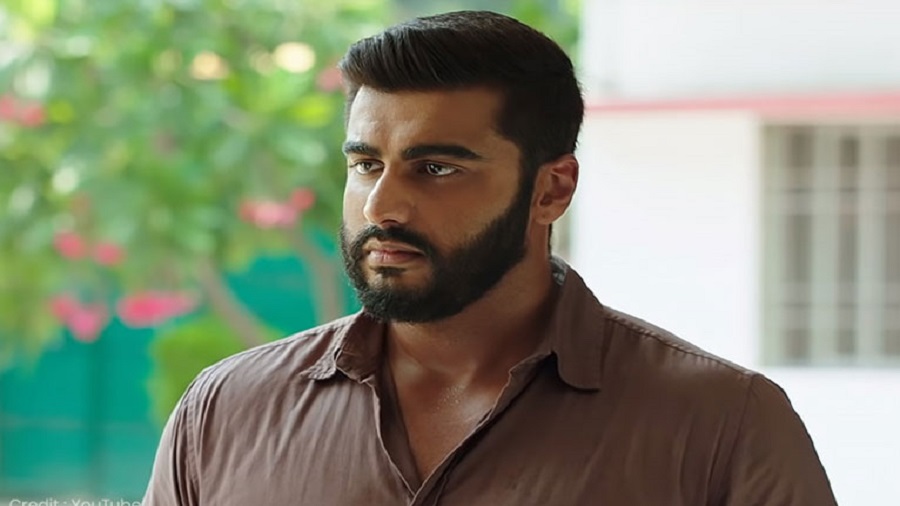 Whichever way you look at it, Arjun Kapoor is where the action is.

Think Covid-19. He’s down with it. After six days of medication, he still sounded tired over the phone as he explained that all he had felt was exhaustion and bodyache with mild fever for just a day. No other symptoms like throat ache or a loss of taste. It’s fortunately such a mild case that a 10-day treatment at home and the mandated quarantine should see him through.

There’s a short five-day shooting schedule that’s been held up and waiting for Arjun though he’s aware that getting back his normal energy levels is going to take a while. What awaits him is the cross-border love story that has John Abraham playing a Sikh for the first time with Aditi Rao Hydari as the woman on the other side of the partitioned fence. Arjun and Rakul Preet Singh play the younger couple.

Interestingly, this untitled film is being directed by Kaashvie, the daughter of Shashilal Nair who directed Shah Rukh Khan and Juhi Chawla in One 2 Ka 4.

And how did Arjun get the virus? He had gone to meet his girl who had caught a stomach bug and tested positive after she went back to the studios for a shoot. Malaika Arora is one of the judges on the reality show on Sony Entertainment TV, India’s Best Dancer.

Although most actors have stepped out of their houses and onto studio sets, a wiser Arjun accepts that those who’re back at work are at risk. “Because there are so many people during a shoot and you’re with them all day. Even Robert Pattison was shooting when he tested positive.”

Pattison had reported for The Batman in England when Covid-19 struck its Bruce Wayne. Warner Bros had put the shooting of the film on hold in March. They resumed filming five months later only to suspend work again early this month.

After pushing its theatrical release from June to October, the Gotham City adventure fantasy now stares at an uncertain release date and a spike in production cost.

Think of unlockdown. And Arjun, who’s probably being watched over by his mom up there, has not only the nearly-complete romance with John and Rakul but also a spanking new Bhoot Police, in which he teams up with Saif Ali Khan for the first time. This comedy thriller, scheduled to start early-November, has an interesting sidelight. It is produced by the Race franchise owner, Ramesh Taurani, who shot the first two editions with Saif but had Salman head Race 3 (2018). Miffed feelings don’t last long out here — Saif, who felt let down at being replaced by Salman, has obviously put it behind him. His association with Taurani goes back to films such as Kachche Dhaage (1999) and Kya Kehna (2000), besides the two instalments of Race (2008 and 2013) — a commercially successful friendship so far.

To return to Arjun, think “back to the theatre” and one of the first movies to get in the door will be his YRF-starrer, Sandeep Aur Pinky Faraar. Directed by Dibakar Banerjee, a YRF favourite, it was ready for a March release when the nation went into lockdown. One of the staunchest supporters of the big screen, Aditya Chopra refused to buckle down and release any of his films on an OTT platform. So when theatres open their doors, Adi will firm up his support by being one of the first to provide them with fresh content to put them all back in business.

So, are we ready to go back to the theatres?

Warner Bros, who tried to return to filming with The Batman, was also the first studio to take the big gamble of putting its new $200 million film, Christopher Nolan’s Tenet, in theatres this month. Nolan was the YRF of Hollywood who preferred risking a theatrical release in the new normal to streaming it digitally. The new normal means a partial release as important centres like New York and Los Angeles remain locked up. States that have opened up operate at a mandated 50 per cent capacity with two empty seats next to every online booking.

It’s going to be a painfully uphill clamber to profitability.