An actor's look test: What's in a 'cosmetic touch'? 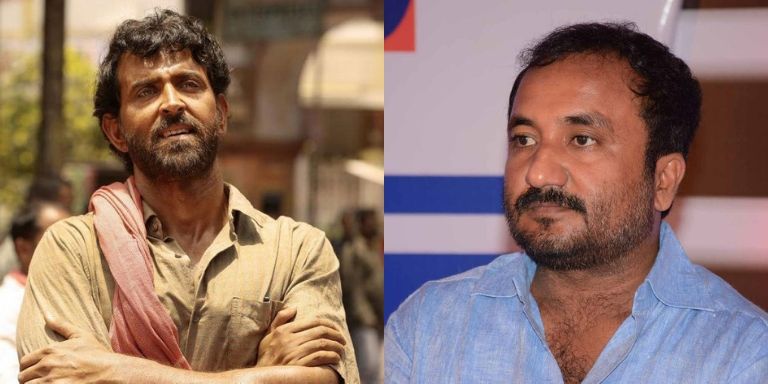 The fair-skinned Hrithik Roshan playing Patna mathematician Anand Kumar in Super 30 with a ‘cosmetic’ touch triggered a debate on whether actors need to look like the person they play on screen. The Telegraph gave it a thought, and looked at both sides of the ‘look’ coin...

Priyanka Chopra in and as Mary Kom

The former Miss World’s physical appearance couldn’t be more different from the Olympic boxer from Manipur and five-time world champion, Mary Kom. But director Omung Kumar went with Priyanka because, he said, she was the best and could also draw in the audience. Priyanka underwent make-up sessions to look like Mary but the transformation wasn’t drastic. That, however, did not take anything away from the performances of the artiste or the athlete who made her country proud.

(Left to right) Farhan Akhtar, and Milkha Singh
(Sourced by The Telegraph)

The film was a hit at the box office and its intense scenes were lauded. But does a turban and beard alone make The Flying Sikh? Farhan Akhtar did, however, put in muscle — a lot of it — for the job and succeeded in getting across Milkha Singh’s story to the audiences.

(Left to right) Morgan Freeman, and Nelson Mandela
(Sourced by The Telegraph)

God from Bruce Almighty and Evan Almighty is also Madiba. The veteran actor played Nelson Mandela in this Clint Eastwood film based on John Carlin’s book Playing the Enemy: Nelson Mandela and the Game That Made a Nation. The film released while Mandela was still alive, and we believe Morgan Freeman did the great man justice.

(Left to right) Ben Kingsley, and Mahatma Gandhi
(Sourced by The Telegraph)

Ben Kingsley in and as Gandhi

If Morgan Freeman nailed playing Mandela, Ben Kingsley did so as Gandhi in this 1982 Richard Attenborough film. English actor Kingsley, born Krishna Pandit Bhanji to an English mother and a father of Gujarati descent who was born in Kenya, performed the role to the T, looking the part, and winning the Oscar for best actor. Till date, he has done countless roles — some fan favourites at that — but Gandhi remains the one he is best known for.

(Left to right) Eddie Redmayne, and Stephen Hawking
(Sourced by The Telegraph)

Eddie Redmayne as Stephen Hawking in The Theory of Everything

First, after attending one of the screenings of the film, Stephen Hawking was reported to have called the film “broadly true”. Second, so touched was he by it that Hawking gave the filmmakers the liberty to use his own trademark computerised voice than use the synthetic version they created for Eddie Redmayne to play the iconic physicist. Third, nominated for best actor for the first time at the Academy Awards, then 32-year-old Redmayne walked away with the golden statuette. Need we say more?

Ahead of the film’s release in 2008, People quoted Tom Cruise as saying “intuitively I saw a similarity in the profile of this man with myself” when director Bryan Singer approached him about playing Colonel Claus Graf Schenk von Stauffenberg. Did the eye-patch and physical disabilities — loss of the right hand and two fingers on the left hand in an Allied attack in Tunisia — make Cruise believable as the German colonel or did his accent give him away?

(Left to right) Julia Roberts, and Erin Brockovich
(Sourced by The Telegraph)

Julia Roberts in and as Erin Brockovich

The Pretty Woman actress didn’t do anything to look like the real-life environmental activist, down to her dark blonde tresses. But that didn’t take away from the film’s mood or story. The reel Erin was a woman intent on making the Pacific Gas and Electric Company pay, just like the real Erin.

(Left to right) Helen Mirren, and Queen Elizabeth II
(Sourced by The Telegraph)

Helen Mirren as Queen Elizabeth II in The Queen

“Brought up in an anti-monarchist household”, as she told The Daily Telegraph in 2006, it’s quite ironical that Dame Helen Mirren played Queen Elizabeth II in The Queen. That too portraying her at a rather difficult time in the monarchy’s recent history — especially the royal response to the death of the Princess of Wales, Diana. But she aced the part — looking like the Queen as she was in 1997, the hair eerily the same as the facial expressions. Mirren won the best actress Oscar for her performance, trumping Judi Dench and Meryl Streep, not to mention Penelope Cruz and Kate Winslet. Also, what’s it about the film that Michael Sheen also looked exactly like then British PM Tony Blair? Fun trivia: Alex Jennings, who portrayed Prince Edward in Netflix’s The Crown, played Prince Charles in this 2006 film.

The fair-skinned Hrithik Roshan playing Patna mathematician Anand Kumar in Super 30 with a ‘cosmetic’ touch triggered a debate on whether actors need to look like the person they play on screen. The Telegraph gave it a thought, and looked at both sides of the ‘look’ coin...