Rebel and the moral wall 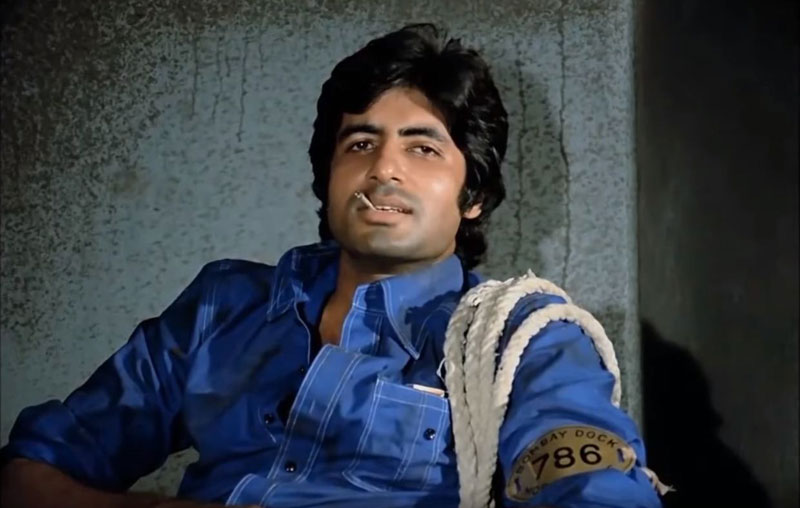 This line from Yash Chopra’s iconic Deewaar, which released 45 years ago this month, is a slap from cop brother Ravi (an earnest Shashi Kapoor) to smuggler sibling Vijay (Amitabh Bachchan arguably has never acted nor looked better in a role originally meant for Rajesh Khanna) who boasts of things he owns — bungalows, cars, money, bank balance. In one line, the film shows that the wall between the brothers, victims of the same system that punished their idealistic father as a pawn in a colliery labour unrest, is too high to be breached. Their mother, the stoic moral compass of the film played by Nirupa Roy in the role of a lifetime, sides with Ravi.

That’s all the film could have boiled down to, a Hindi movie version of Cain-and-Abel melodrama, a 70s Mother India or Gunga Jumna. But writers Salim-Javed elevate Deewaar into an ambiguous parable of the Simmering Seventies. Ravi is righteous, maa picks him, but her heart and that of the audience weep for Vijay, more wronged than wrong. After all, as a child, he was the one the mob grabbed to ink a tattoo on his arm — Mera baap chor hai. Branded by the corrupt system, he rebels against victimhood as his destiny, capturing the rebellious mood of the nation, ironically in the year of the Emergency.

That’s what makes Chopra’s film, not for YRF but for producer Gulshan Rai (who’d insisted on songs in the film), to use a phrase from the film itself, a lambi race ka ghoda. The editing (T.R. Mangeshkar, Pran Mehra) is as razor-sharp as the writing, Kay Gee’s camera captures the menacing magic of Bombay’s underbelly and its beasts. R.D. Burman’s background score becomes a character in itself. Few may know that RD wrote the lyrics “I’m falling in love with a stranger” for singer Ursula Vaz when hooker Anita (Parveen Babi unapologetically plays a character who smokes, drinks and gets pregnant) meets Vijay in a bar.

Chopra and his team pack in memorable characters, ranging from suave smuggler Daavar (Iftekhar) to an unbending old man (A.K. Hangal) whose son dies as a bread-thief, and visual cues such as the temple that Vijay rejects and ends up dying in, Bombay’s footpaths, skyscrapers and docks, Vijay’s dockyard token a.k.a lucky charm, billa number 786. Watch Deewaar, and you’d be forgiven for imitating in front of a mirror: Aaj khush to bahut hoge tum...

Forty-five years on, Deewaar still gets under your skin.