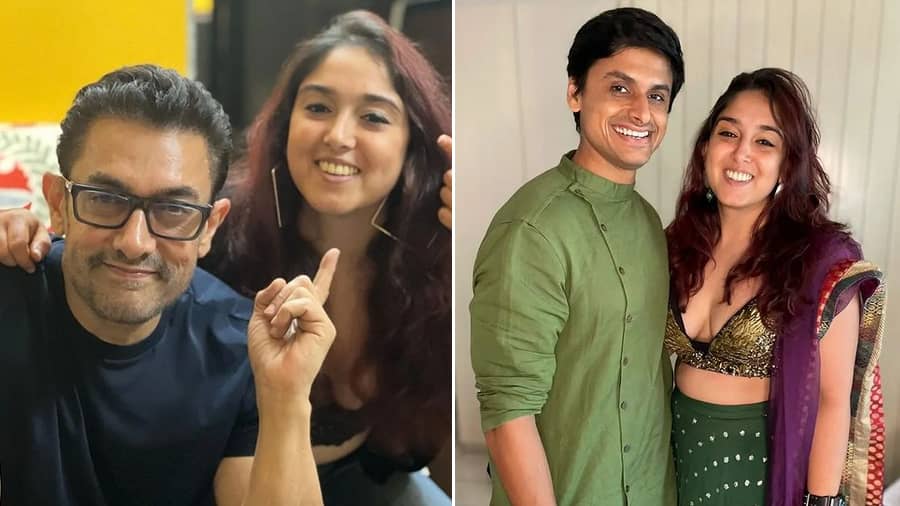 Aamir Khan’s daughter Ira Khan announced her engagement with her longtime boyfriend Nupur Shikhare in an Instagram post on Friday. The couple had been reportedly dating for two years before Nupur went down on his knee to propose to Ira.

The proposal took place at a cycling event where Ira said yes to Nupur and kissed him while the onlookers cheered at the adorable moment. Countless celebrities including Fatima Sana Shaikh, who has previously worked with Aamir Khan in her debut film Dangal, have congratulated the couple.

“This is the sweetest thing I have ever seen. Uff. @nupur_shikhare so filmy uff. ❤️❤️❤️❤️,” Fatima commented on Ira’s Instagram video.

Ira and Nupur fell in love in 2020 and often share their pictures together on their social media handles.

Ira is the daughter of Aamir and his first wife Reena Dutta. The two had separated in 2002.