Advertisement
Home / Entertainment / A day will come where India won't have to be at Cannes, Cannes will be in India: Deepika

A day will come where India won't have to be at Cannes, Cannes will be in India: Deepika

'I feel collectively as a nation we have the talent, ability and we just need conviction' 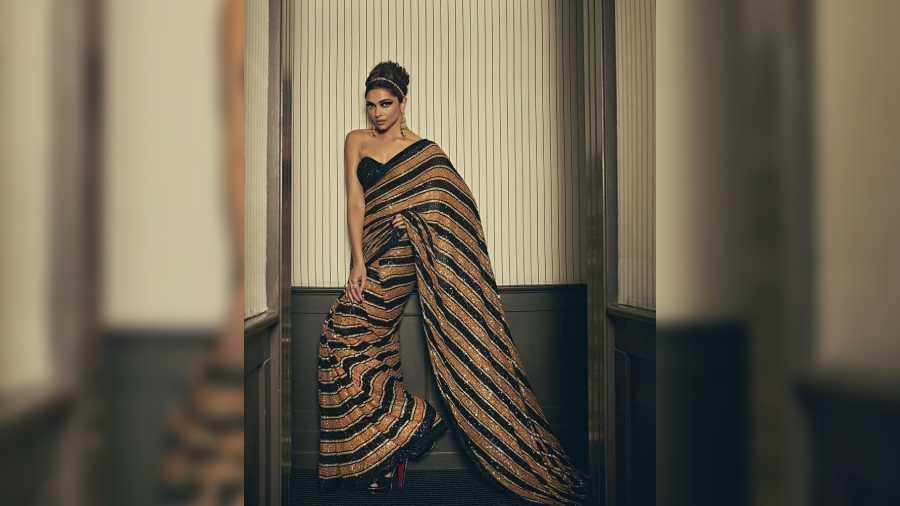 Bollywood star Deepika Padukone on Wednesday said she is grateful to be serving on the Cannes Film Festival jury panel but hopes for a time when India will be as prestigious a cinema centre as the city located on the French Riviera.

The actor, who is a part of the eight-member Cannes Competition jury at the gala that opened May 17, said India needs to back homegrown talent with "conviction".

"We have a long way to go as a country. I feel really proud as an Indian to represent the country but when we look back at the 75 years of Cannes there are a handful of Indian films or actors or talent that has been able to make it.

"I feel collectively as a nation we have the talent, ability and we just need conviction. There will come a day, I truly believe, where India won't have to be at Cannes, Cannes will be in India," Padukone said following the inauguration ceremony of the India Pavilion here which was live streamed on PIB's official YouTube channel.

Earlier during the day, the actress wore a Sabyasachi ensemble for the opening ceremony. She paired a printed shirt with a emerald green pants
Twitter/@HeyyyYazz

India, also the country of honour at the 2022 Marche du Film (Cannes Film Market), marks her 75th year as an independent nation.

Padukone said she was "proud" as an Indian as the 75th edition of Cannes Film Festival coincides with the 75th year of India's independence.

"I'm feeling proud because it's the 75th year of Cannes but it's also the 75 years of India and to have India as the spotlight country and to be part of the jury is something I never imagined and expected. When I came into the industry 15 years ago, I don't think anyone had any faith in me, my talent or craft.

"So, 15 years later to be a part of the jury and to be actually, I wouldn't say judging, but experiencing some of the best cinema in the world has been an incredible journey, I'm grateful for that," the actor, who completes 15 years in Hindi cinema in November 2022, added.

The 36-year-old star also credited Rahman and Kapur, who are part of the Indian government delegation to the festival, for bringing international recognition for India.

"I also truly believe that India is at the cusp of greatness. This is just the beginning. I want to thank people like Rahman sir, Shekhar sir. You all are really the ones who have put India on the map. It's because of your contribution over the years that has allowed people like us to be here today," she added.

The Cannes Film Festival will conclude on May 28.