Aarya, Criminal Justice and Mind the Malhotras are among the most popular desi adaptations on OTT platforms 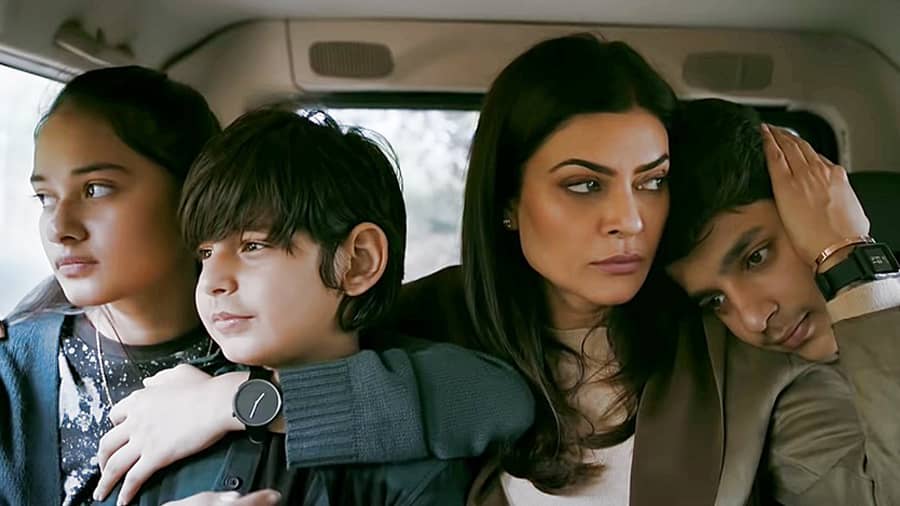 As we wait eagerly for the release date of SonyLIV’s Sudhir Mishra-helmed Tanaav, an adaptation of the hit Israeli political action-thriller series Fauda, it’s time to take a look at some Indian web series that have transcreated popular global shows in keeping with the taste of Indian audiences.

Here are five Indian adaptations of acclaimed foreign TV shows that you can binge-watch anytime this week.

Neerja and Dhamaka director Ram Madhvani adapted the popular Dutch crime drama series Penoza into Hotstar Special Aarya. After a long sabbatical, Sushmita Sen made a comeback in this Hindi web series, which chronicles the story of a homemaker who becomes a mafia queen in trying to avenge the murder of her husband and keep her children safe from the underworld.

In his remake of the Dutch series, which was created by Pieter Bart Korthuis and Diederik van Rooijen, Madhvani set the pacy thriller in Rajasthan (it’s Amsterdam in the original). The writers slightly altered the storyline and introduced Indian elements to match the changed locale. Despite such alterations, Aarya offers thrill and drama as much as the original show, thanks to the superb performance of Sushmita and the supporting cast of Chandrachur Singh, Jayant Kripalani, Ankur Bhatia, Vikas Kumar and Sikander Kher. After two successful seasons, the show has been renewed for a third season.

Adapted from a French show, Call My Agent is a comedy drama dipped in Bollywood glamour. The four main characters are played by Rajat Kapoor, Soni Razdan, Aahana Kumra and Ayush Mehra. Special appearances by the who’s who of Bollywood as themselves bolster  — Dia Mirza, Ali Fazal, Lara Dutta, Richa Chadda, Farah Khan and Jackie Shroff — up the star value of this Netflix show.

Focusing on a group of agents who work for some of the well-known Bollywood stars and filmmakers, Call My Agent Bollywood — directed by Shaad Ali — mostly concentrates on their tumultuous personal lives and business dealings. However, the original’s humour seems to have been lost in translation as the series tries too hard to become a witty reflection of Bollywood.

Adapted from a popular British legal drama series of the same name, Criminal Justice on Disney+ Hotstar has been penned by Shridhar Raghavan, and directed by Tigmanshu Dhulia and Vishal Furia.

Focusing on the exploits of eccentric defence attorney Madhav Mishra (played by Pankaj Tripathi), the series ventures beyond courtroom drama as it peers into life inside the prison and the shadowy world that exists behind the fortified walls of detention facilities. Each of the three seasons of Criminal Justice covers a different case tackled by the legal eagle.

A remake of the smash-hit Israeli show La Famiglia, Amazon Prime Video’s Mind The Malhotras is a lighthearted take on the life of an urban couple trying to balance their personal and professional lives. Its second season released on August 12.

As Shefali (played by Mini Mathur) and Rishabh Malhotra (played by Cyrus Sahukar) are going through a midlife crisis, they decide to go for couples therapy to save their marriage. Their eccentric therapist (played by Denzil Smith) takes a jab at their sex life and problems with in-laws during the sessions. Shershaah actor Sidharth Malhotra plays a cameo as himself in the first season of Mind The Malhotras. Anandita Pagnis and Nikki Sharma play the couple’s daughters, and Sushmita Mukherjee as Rishabh’s mother also shines in the series.

Based on yet another Israeli web series, Kvodo, SonyLIV’s Hindi crime drama Your Honor, directed by Eeshwar Nivas, manages to keep the thrill and suspense of the original while exploring familiar Indian themes like family values and judicial corruption.

Focusing on the moral dilemma faced by Punjabi judge Bishan Khosla (played by Jimmy Sheirgill), the crime thriller delves deep into the heart of morality. Bishan is forced to take a decision when his son, Abeer Khosla (played by Pulkit Makol), becomes involved in a hit-and-run case. He is ready to hand his son over to the authorities, but then something serious comes to light — the accident victim, who is grievously injured, happens to be the son of a vicious gang leader who had earlier been sentenced to a long jail term by Bishan. The upholder of the law changes his mind and, for the first time in his life, decides to compromise his legal integrity fearing for his son’s safety inside the prison.