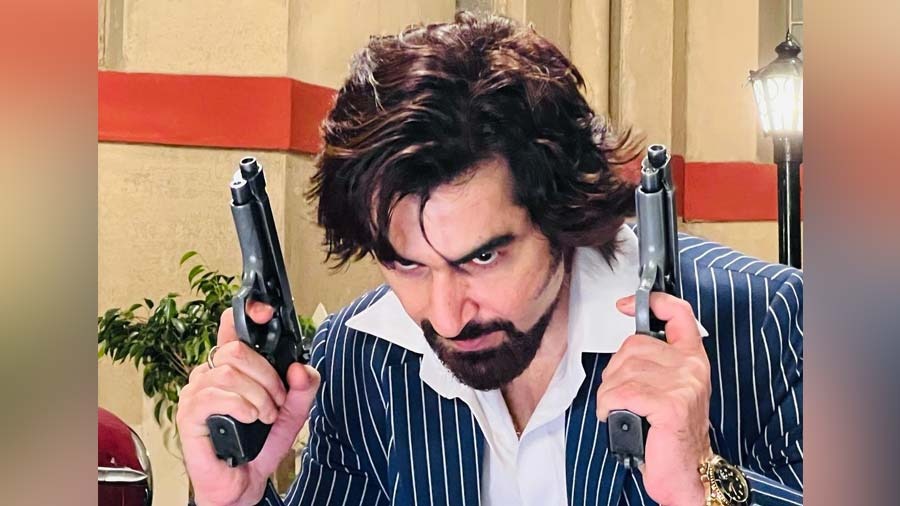 If this still from his upcoming film Chengiz is anything to go by, Tollywood star Jeet’s position as Bengali cinema’s undisputed action hero remains unchallenged. Jeet can go all guns blazing with a swag that his fans will hoot and cheer for at the theatres, and over the years he has made a blend of action and comedy his signature style. On his birthday, we revisit five action comedies where Jeet flexes his muscles and also brings on the laughs.

Sticking to his brand of comedy and action, Jeet was impressive as an angry, young man in the revenge thriller Baazi. Directed by Anshuman Pratyush and co-starring Mimi Chakraborty, Baazi is an official remake of the 2016 Telugu hit Nannaku Prematho. Jeet plays Aditya, the son of a terminally-ill businessman who was once duped of all his wealth by a conman. Thirty years later, Aditya goes to London to take revenge on the conman, Krishna Kumar Bardhan (Sabyasachi Chakrabarty), and uses Bardhan’s daughter Kyra (Mimi) as a trope to reach him.

Watch it on: ZEE5

Directed by Rajiv Biswas, Power is an action comedy that has Jeet in a double role, with Sayantika Banerjee and Nusrat Jahan as co-stars. A remake of the 2014 Telugu hit Power (Unlimited), the Bengali version revolves around Jeetu — played by Jeet — who wants to become a cop but is discouraged by his police officer brother-in-law Bhajan (Kharaj Mukhopadhyay). So Jeetu steals his uniform and goes around policing the town, oblivious to the fact that he has a doppelganger in the form of the corrupt ACP Veer Pratap. This sets off a chain of unfortunate but comic incidents that keep the kicks and the laughs coming in in equal measure.

The Raja Chanda-directed film reunited the much-loved pair of Jeet and Koel Mallick on screen after a gap. Though there’s a fair amount of action, Besh Korechi Prem Korechi takes the romcom route, which Jeet pulls off with ease. The story centres around Aditya (Jeet), who falls in love with Rai (Koel) in Benaras, while Rai’s gangster brother Dibakar (Ashish Vidyarthi) is baying for Aditya’s blood because he had helped Rai’s sister elope on her wedding night. There’s an industrialist, Raghav Sinha (Puneet Issar), who also has a bone to pick with Aditya and so, Aditya is on the run while trying to win Rai over.

A remake of Ravi Teja’s 2008 Telugu movie Krishna, Awara directed by Ravi Kinagi stars Jeet as Surya Narayan, a software engineer who quit his job and lives in his home town Cooch Behar. Here, he runs into and falls in love with Poulomi (Sayantika Banerjee), a college girl from Kolkata. When Poulomi returns to Kolkata, Surya follows her to the city where he is up against Tony Bharadwaj (Mukul Dev), a dreaded gangster who wants to marry Poulomi forcefully. Jeet’s portrayal of a happy-go-lucky, bindaas guy impressed the audiences. His charming persona and flawless comic timing make Awara an entertaining watch.

Directed by Ravi Kinagi, this action romance film is a remake of Ravi Teja’s Telugu blockbuster Bhadra (2005) with Jeet and Srabanti in the lead. The film revolves around Indra (Jeet) who falls in love with his friend’s sister Anuradha (Srabanti). There is a feud in Anuradha’s family and Indra steps in to rescue her from it while also convincing her family to accept him as the prospective groom. Jeet’s tongue-in-cheek comedy and scintillating action make this film an entertaining watch.