25 years of 'Dil Toh Pagal Hai': The movie that inspires a die-hard romantic

The Yash Chopra-movie released on October 30, 1997 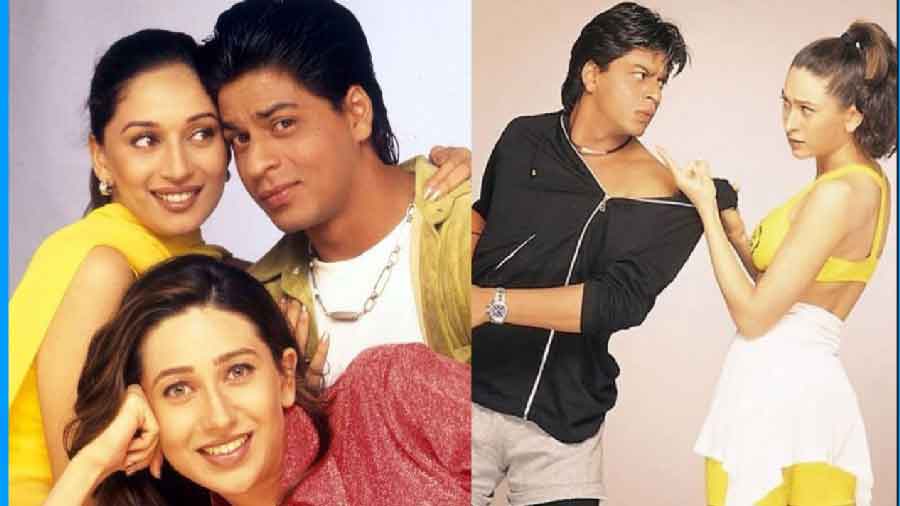 When Yash Chopra conceived of, "Someone, somewhere is made for you," as the catchline for his film Dil Toh Pagal Hai, trust us, it was the trigger.

Way back in the '90s when a million hearts yearned for their beloved, Chopra's words were like gospel truth.

And as the film starring Shah Rukh Khan, Madhuri Dixit and Karisma Kapoor in the lead, completes 25 years today, the phrase reverberates. Yes, there is someone somewhere waiting for you come what may.

25 years ago… Rahul asked ‘Mohabbat kya hai?’ and ‘Dil To Pagal Hai’ redefined love and friendship for all of us! Celebrating a movie that is close to all of our hearts combined

A movie that further reinstated Shah Rukh Khan as the Numero Uno, is a true musical and Uttam Singh did full justice to Chopra's trust - the fillmmaker moved away from his favourite Shiv-Hari jodi (Silsila, Lamhe, Chandni and so on) to pick Singh for the movie.

25 years of dil to pagal hai

At National Film Awards, Dil To Pagal Hai won 3 awards, including Best Supporting Actress. The film received 11 nominations at the 43rd Filmfare Awards and won 8 awards—the most for a film that year—including Best Film, Best Actor for @iamsrk #23YearsOfMusicalDTPH pic.twitter.com/GndWIGwnzE

Looking beyond the music of the film, the love triangle or should we say quadrangle (if we include Akshay Kumar too in the frame) came in the wake of Shah Rukh giving hits at ease - Darr, Dilwale Dulhaniya Le Jaayenge, Kuch Kuch Hota Hai, Anjaam and he was simply invincible at the box office.

Continuing with the trend of an on-screen SRK eyeing a woman already married or engaged, the movie nevertheless didn't look stereotyped thanks to Chopra's vision.

The movie also took the SRK-Madhuri magic to different heights after Anjaam and Koyla and oh boy, didn't we love them together? Rahul (SRK) loved Pooja (Madhuri) but Pooja was engaged to Ajay (Akshay). And add to it - Nisha (Karisma) who was head over heels in love with Rahul.

Complex - it may seem so, yet if true love has to win it will and Pooja was eventually Rahul's as Nisha and Ajay reconciled to reality.

The film was a package - solid storyline, perfect casting, memorable music, superb choreography (Shiamak Davar) and as as been the forte of a Yash Chopra film - picturesque locale.

The film may have further bolstered SRK and Madhuri's star magic, but it also got the best out of Karisma and Akshay (in a cameo) as actors to look out for.

It raked in the moolah (Rs 71.68 crore) at the box office, won several awards but if we have to infer - it's those words - Someone, somewhere is made for you  that appealed.

Love unconditionally, wait for the right person - he/she is there.