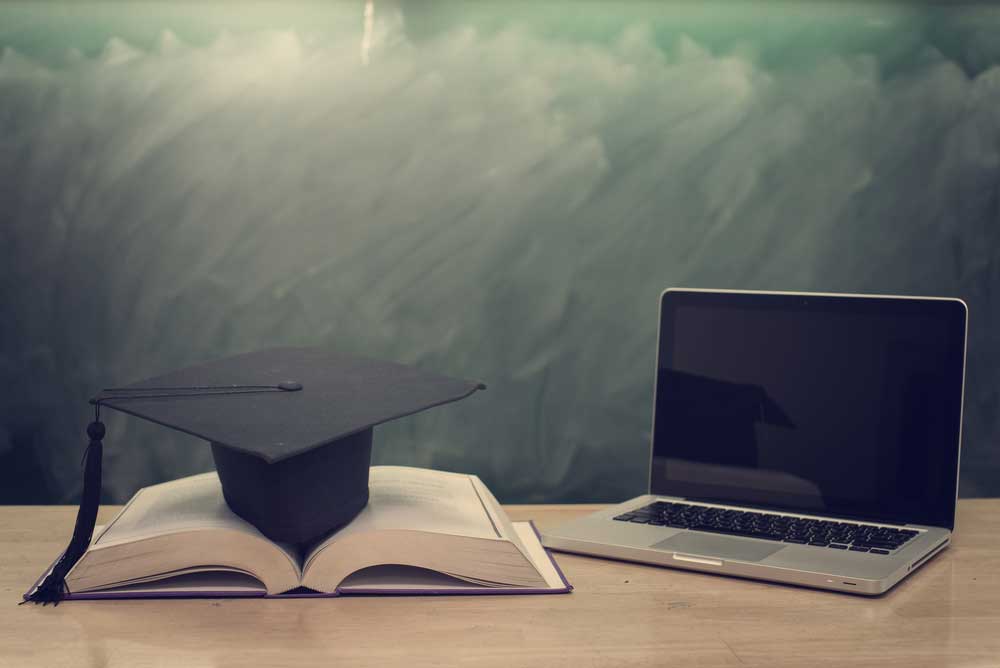 The studio for what is arguably the world’s most successful online course is tucked into a corner of Barb and Phil Oakley’s basement, a converted TV room that smells faintly of cat urine. (At the end of every video session, the Oakleys pin up the green fabric that serves as the backdrop so Fluffy doesn’t ruin it.)

This is where they put together “Learning How to Learn”, taken by more than 1.8 million students from 200 countries, the most ever on Coursera [an online learning platform]. The course provides practical advice on tackling daunting subjects and on beating procrastination, and the lessons engagingly blend neuroscience and common sense. Barb Oakley, an engineering professor at Oakland University in Rochester, Michigan, US, created the class with Terrence Sejnowski, a neuroscientist at the Salk Institute for Biological Studies, and with the University of California, San Diego, both in the US.

Prestigious universities have spent millions and employ hundreds of professionally trained videographers, editors and producers to create their massive open online courses, known as MOOCs. The Oakleys put together their studio with equipment that cost $5,000. They figured out what to buy by Googling “how to set up a green screen studio” and “how to set up studio lighting”. Phil Oakley runs the camera and teleprompter. Barb Oakley does most of the editing. The course is free ($49 for a certificate of completion — Coursera won’t divulge how many finish).

“It’s actually not rocket science,” said Barb Oakley — but she’s careful where she says that these days. When she spoke at Harvard in 2015, she said, “the hackles went up”; she crossed her arms sternly by way of grim illustration.

This is home-brew, not Harvard. And it has worked. Spectacularly. The Oakleys never could have predicted their success. Many of the early sessions had to be trashed. “I looked like a deer in the headlights,” Barb Oakley said. She would flub her lines and moan, “I just can’t do this.” Her husband would say, “Come on. We’re going to have lunch, and we’re going to come right back to this.” But he confessed to having had doubts, too. “We were in the basement, worrying, ‘Is anybody even going to look at this?’”

Barb Oakley is not the only person teaching students how to use tools drawn from neuroscience to enhance learning. But her popularity is a testament to her skill at presenting the material, and also to the course’s message of hope. Many of her online students are 25 to 44 years old, likely to be facing career changes in an unforgiving economy and seeking better ways to climb new learning curves.

Barb Oakley’s lessons are rich in metaphor, which she knows helps get complex ideas across. The practice is rooted in the theory of neural reuse, which states that metaphors use the same neural circuits as the underlying concept does, so the metaphor brings difficult concepts “more rapidly on board”, as she puts it.

She illustrates her concepts with goofy animations: There are surfing zombies, metabolic vampires and an “octopus of attention”. Hammy editing tricks may have Barb Oakley moving out of the frame to the right and popping up on the left, or cringing away from an animated, disembodied head that she has put on the screen to discuss a property of the brain.

Sitting in the Oakleys’ comfortable living room, Barb Oakley said she believes that just about anyone can train himself to learn. “Students may look at maths, for example, and say, ‘I can’t figure this out — it must mean I’m really stupid!’ They don’t know how their brain works.”

Her own feelings of inadequacy give her empathy for students who feel hopeless. “I know the hiccups and the troubles people have when they’re trying to learn something.” After all, she was her own lab rat. “I rewired my brain,” she said, “and it wasn’t easy.”

As a youngster, she was not a diligent student. “I flunked my way through elementary, middle school and high school math and science,” she said. She joined the US Army out of high school to help pay for college and received extensive training in Russian at the Defense Language Institute. Once out, she realised she would have a better career path with a technical degree (specifically, electrical engineering), and set out to tackle maths and science, training herself to grind through technical subjects with many of the techniques of practice and repetition that she had used to let Russian vocabulary and declension soak in.

Along the way, she met Philip Oakley — in, of all places, Antarctica. It was 1983, and she was working as a radio operator at the Amundsen-Scott South Pole Station. (She has also worked as a translator on a Russian trawler. She’s been around.) Phil Oakley managed the garage at the station, keeping machinery working under some of the planet’s most punishing conditions.

She had noticed him largely because, unlike so many men at the lonely pole, he hadn’t made any moves on her. She found him “comfortably confident”. After he left a party without even saying hello, she told a friend she’d like to get to know him better. The next day, he was waiting for her at breakfast with a big smile on his face. Three weeks later, on New Year’s Eve, he walked her over to the South Pole and proposed at the stroke of midnight. A few weeks after that, they were “off the ice” in New Zealand and got married.

Barb Oakley recounts her journey in both of her best-selling books: A Mind for Numbers: How to Excel at Math and Science (Even if You Flunked Algebra) and, out this past spring, Mindshift: Break Through Obstacles to Learning and Discover Your Hidden Potential. The new book is about learning new skills, with a focus on career switchers. And yes, she has a MOOC for that.

Barb Oakley is already planning her next book, another guide to learning how to learn but aimed at 10 to 13-year-olds. She wants to tell them, “Even if you are not a superstar learner, here’s how to see the great aspects of what you do have.” She would like to see learning clubs in school to help young people develop the skills they need. “We have chess clubs, we have art clubs,” she said. “We don’t have learning clubs. I just think that teaching kids how to learn is one of the greatest things we can possibly do.”