Gins and food trucks are in. Read on to be ready for the next year 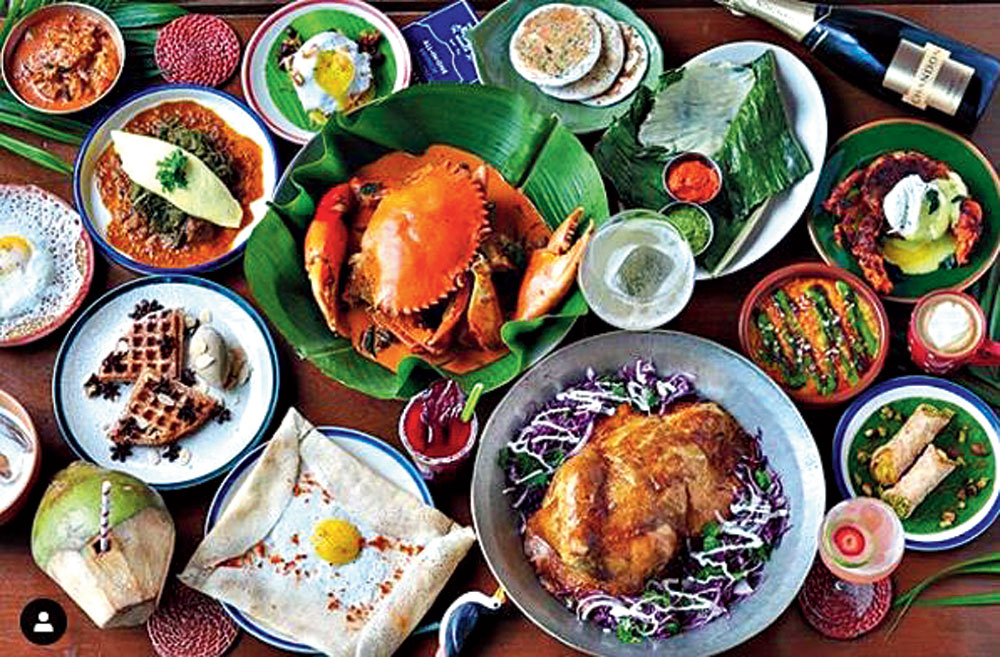 Breakfast, lunch and dinner in Melbourne

Cafe Coffee Day, which started in 1996 on Brigade Road in Bangalore, now has several hundred branches across India. It also has branches in Austria, Czechoslovakia and Malaysia. This was followed by Barista and, more recently, Starbucks. The emergence of local, round-the-corner cafes, all serving lattes, cappuccinos and Italian-style espresso and macchiato — as well as a range of cold coffees and teas — almost makes me feel that we were born to a coffee culture. I saw this trend in Singapore 20 years ago, also a predominantly tea-drinking market like us. I wondered when it was going to hit India. It’s not just about coffee, it’s also about the ambience, the ‘cool’ vibe and the sheer selection on offer, both cold and hot. Tea doesn’t have the same effect. I don’t see it being as phenomenally successful as coffee.

After the film Chef, all of a sudden there were food trucks everywhere, wanting to sell everything from kathi rolls to stir-fries and sundaes. If you’re from Bombay, you may remember Hungry Eyes which used to be a food truck parked near The Oberoi in the ’80s, selling noodles and fried rice throughout the day and night (especially popular after a night of drinking). Obviously, food trucks have been around, but it wasn’t until the movie glamorised the whole concept that it became popular. The only thing that seems to hamper the growth is municipal permissions and the hygiene factor. It’s only a matter of time.

India is becoming quite the gastronomy centre of South Asia with many young entrepreneurs starting new food ventures. I also notice at our Markets (farmers’ markets by Karen Anand) that a lot of corporate honchos are leaving their ladders to fame and fortune (not to mention long hours of work and stress) to start on a path to a foodie dream.

This is definitely a trend I’ve seen over the last couple of years — young people working together to start a food truck or a granola business, for example. Some of the names that come to mind are The Cheese Truck (Pune), Bites of Bliss (Mumbai), Bombay Hemp Co. (Mumbai) and The Spotted Cow Fromagerie (Mumbai).

Cider originated in England, especially in the West Country, and was all about fermented apple juice. However, theoretically, any fruit juice can be fermented and made into a mildly alcoholic drink, which can range from flat to slightly sparkling. Health enthusiasts have now started other fruit ciders. It began with pears and now stretches to strawberries and varieties of apples and berries. We even have our own fruit cider brand in India called Fruzzante in the Dahanu-Gholvad area making ciders from local chikoo, pineapple and mango.

I have been saying this a couple of years now: There has been a significant rise in the quality of patisserie and cakes. Driven by a large number of young people, especially girls, who have invested time and a great deal of money in studying in schools like Le Cordon Bleu and returning to India, nozzle and spatula in hand, ready to make us eat more sugar! A lot of these people are so passionate about what they do — a great mix of artistry and skill — it makes them and what they do so adorable and addictive.

We Indians love our food, but we are also constantly looking for trendy vibes and new presentations. The Punjabi dhaba with its affordable price point will definitely be popular but modern Indian restaurants with regional Indian themes in a contemporary ambience are going to make waves next year. We already have Indian Accent in Delhi on the upper scale (which now has branches in New York and London), the Bengali restaurant Club de Bohemian in Calcutta, and O Pedro and The Bombay Canteen in Mumbai. On the more approachable level, you have Maratha Samrat in Pune and Gunpowder in Goa.

Artisanal, local flavours, real fruit are now the buzzwords in ice cream. It’s a pity that nobody has resurrected the old-fashioned kulfi; it’s so difficult to get good kulfi made in hygienic surroundings. But the popularity and willingness to pay a hefty price for these ice creams emphasises our love for all things sweet.

Roses used to be what the British liked to call ‘quaffing’ wines — something you would drink on a hot summer’s day, light and lacking any depth and something that would give you a headache if you drank too much. They were not considered ‘serious’ wines till quite recently when many good winemakers in the region of Provence in the south of France decided to pay more attention to this variety because of growing international demand.

Angelina Jolie and Brad Pitt’s rose from their Provence estate Chateau Miraval made waves in 2012 when it was produced and sold on the international market. It raised the bar for the rose wine. Jon Bon Jovi also helped his son Jesse launch a brand of rose wine. Star-powered roses then continued with Sophia by Francis Ford Coppola, and Drew by Drew Barrymore. Needless to say, the imports of rose from Provence into the US doubled in 2016. Rose wines are being made by leading wineries in India for some time — Sula, Grover Zampa and Fratelli. With the fashion statement it is making internationally, the rose wine might finally catch on here. The style is light, fruity and easy-drinking. It may become quite popular in 2019.

Rose wines are being made by leading wineries in India — Sula, Grover Zampa and Fratelli.
Image: Shutterstock

There has been a significant rise in the quality of patisserie and cakes.
Image: iStock

Artisanal gins, cocktails made with gin and articles written on gin are everywhere — Australia, the US, the UK and Italy.
Image: iStock

After the film Chef, all of a sudden there were food trucks everywhere
A still from the movie

Gin is the new ‘in’ spirit worldwide. I have noticed last year on all my travels that artisanal gins, cocktails made with gin and articles written on gin are everywhere — Australia, the US, the UK and Italy. Various aromatics and romance revolving around copper stills and ageing, buzzwords like ‘limited edition’ and ‘seven-year distilled’ make the spirit more enticing. This doesn’t mean that big brands like Tanqueray, Hendricks and Gordon’s are suffering. It’s quite the opposite; I now see a huge presence of, for example, Tanqueray, Tanqueray 10 and Rangpur all over international duty-free shops, even in Tashkent.

Popping a bottle of champagne in Champagne