Breakfast, lunch and dinner in Melbourne

The Wizard of Oz: You are not a Melburnian unless you do these 10 things 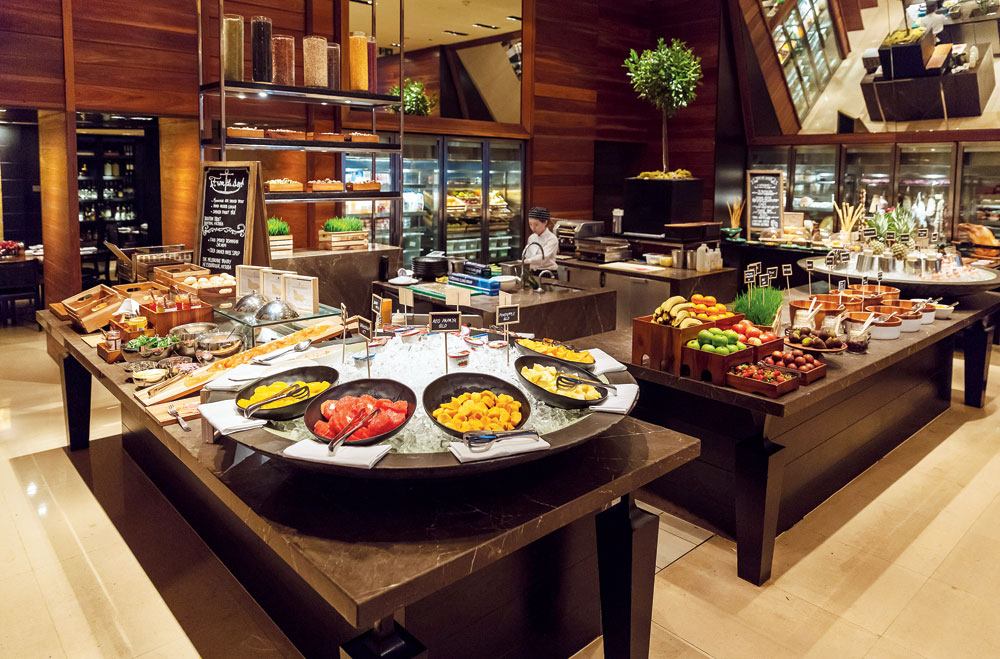 Melbourne is a big city with a heart like London and the soul of old-world Australia. The city witnessed a Gold Rush for a few decades, onwards of 1850, and was set to be the next New York, so you’ll find marvelous remnants of Victorian architecture and ornate lattice-decorated homes alongside a thriving central business district. The centre of the city is all walking distance and is interspersed with restaurants and trendy bars. It is a fabulous city in which to unwind since it has a lively outdoor cafe life, wine bars and the two wine-growing areas — Mornington Peninsula and Yarra Valley, both great weekend getaways and an hour’s drive away. Meanwhile, here are my 10 must-do things in Melbourne.

Have your breakfast here. Grand Hyatt must be one of the best locations for any city hotel and its breakfast is so stunning in terms of quality and variety that you can easily skip lunch that day. It isn’t surprising that they have won the Gourmet Traveller’s Best Hotel Breakfast Award for three years running. A unique feature is the range of fresh juices squeezed on the spot in any combo you want and the smoothies. Anyone who loves Asian food would be delighted with the restaurant’s wok-and-steamer station (yes for breakfast!). They do all the baking and viennoiserie in-house. Croissants, predictably, are just perfect.

Pellegrini’s is a must if you want to understand the history of Italians in Melboune
Image: Karen Anand

A breath of fresh air on the Melbourne eating-out scene, this is a wacky Melbourne eatery down Flinders Lane. The staff are young and perky and the food pretty amazing. Must-try items are the Barramundi and Crispy Pork Salad, the most amazing Tom Yum Soup I have had in a long time and the Jungle Curry with Steamed Fish and Diamond Clams. If you’re uncertain of what to order, just go for the ‘Feed Me#1’ where they give you a selection of their favourite dishes until you say “no more”. They’ve also produced two very good cookbooks. I highly recommend Chin Chin, the cookbook.

Hundreds of Italians immigrated to Victoria in the late 19th century and then after World War II when many agricultural workers from southern Italy chose to settle down in Victoria to escape the economic hardships back home. The area around Bourke Street in central Melbourne is where many of them started small businesses, restaurants and coffee shops. Pellegrini’s Espresso Bar started in 1954 as an espresso bar with, reportedly, the first espresso machine in Melbourne. Twenty years later, two friends, Sisto Malaspina and Nino Pangrazio, bought it over and continued the tradition, keeping the same menu and decor. Pellegrini’s is a Melbourne institution. The iconic espresso bar serves authentic Italian food and, of course, fantastic coffee. I first discovered it when my son was studying there. It was the favourite for hungry students and it wouldn’t be uncommon to be invited by the owners to share enormous bowls of spaghetti with tomato sauce or lasagna drooling with cheese. Pellegrini’s is like stepping back in time and a must if you want to breathe and understand the history of Italians in the city. The Apple Strudel is to die for. The cafe is now listed by the National Trust of Australia.

Spread over seven hectares, Queen Victoria Market is the largest open-air market in the southern hemisphere. Around 1,000 traders sell everything, from exotic Australian fruits and vegetables, local and imported gourmet foods, meat, fish and poultry to hardware, clothing and authentic Australian artefacts and souvenirs. It’s a traditional Victorian structure built in 1878 during the heyday of the city’s Gold Rush.

The best way to understand how the market operates and a chance to meet some of the third and fourth generation vendors is to enroll for the Ultimate Foodies tour. I had Carmel guiding me around and she was a wealth of information, plus the exercise allowed me to taste without feeling embarrassed. Merchandise is removed from the stalls at the end of each trading day. It is a reflection of the eating trends in the city today with a lot of organic produce, kangaroo and game and a huge range of smoked meats, olives and cheese. It is also home to new and upcoming eateries and food concepts like the one I stumbled upon, Geloso Gelati.

A collection of Australian and imported cheese presided over by Victor Persinette
Source: Karen Anand

I was introduced to this local bath, body and skin care brand when I first visited Melbourne almost 20 years ago. I am so happy that it not only survives, it’s thriving and has several branches in the city and all over Australia. The brand’s shops look like Victorian apothecaries with modern design and functional brown bottles. It’s like a “thinking”, 21st century version of the Body Shop. Products I buy there include the geranium leaf body balm and hydrating body treatment oil, hand creams and hydrating cream for ‘stressed skin’. The products are made from natural botanicals, so they are safe and pure and smell delicious. Ingredients are all declared on the packaging, unlike a lot of expensive cosmetic brands, and the staff is very well informed. By the way, it’s all reasonably priced.

The opulent 19th century Block Arcade with the iconic Hopetoun Tea Room and the Royal Arcade with a great little chocolate shop called Koko Black complete my shopping experience in the city. The Block Arcade, part of the Golden Mile heritage walk, is blessed with original stained glass windows, mosaic floors and an arched glass skylight. There are a number of independent Aussie retailers, including Creswick Woollen Mills, Alpaca Collection and Beechworth Honey. Similar in style is Royal Arcade, the oldest arcade in Australia. While you’re shopping, check out Gaunt’s Clock, where mythical figures Gog and Magog ring the chimes every hour.

Taking the city by storm is Lune Croissanterie in the old neighbourhood of Fitzroy. Their new branch, right opposite Grand Hyatt on Collins Street, is testament to their ever-growing queues. This is an Australian version of the famous French croissant in many new avatars. Although they claim their plain croissant is the bestseller, you must gorge on the Lemon Curd Cruffin — a cross between a croissant and a muffin, almond croissant — and their savoury Ham and Gruyere. A great way to start the day!

I thoroughly enjoyed the Hidden Secrets tour with Fiona Sweetman. I enrolled on the Cafe Culture walk but Fiona was flexible enough to take me to some of Melbourne’s designer shops, point out some hip and happening rooftop bars and have a great cup of coffee in the bargain. Diverting from the main drag of coffee-lined laneways, the Cafe Culture walk takes you on a tour of Melbourne’s hidden-away food and cafe scene, meeting people who are passionate about tea, coffee and food. Most importantly, you discover places you would never have found on your own and get a real taste of Melbourne’s unique flavour. They also do history and architecture walks and a progressive degustation for hardcore foodies.

Queen Victoria Deli is a hidden gem of the food and cafe scene
Image: Karen Anand

It’s best not to say too much about the award-winning, much-talked-about, hard-to-get-into Attica. Ben Shewry has been making waves on the Australian eating-out scene for several years now. Attica was recently awarded number 20 in the world on the prestigious World’s 50 Best Restaurants list (prepared by the UK media company William Reed Business Media).

My expectations were high as I took a taxi on the 40-minute journey from central Melbourne to an eastern suburb called Ripponlea to eat at one of the most-sought-after restaurants in Australia.

There is a three-month waiting list to get a reservation and I arrived promptly at 6.30pm. I was squeezed in after much persuasion. Mindfully sourced, Australian flavours and produce (marron, finger lime, kangaroo and abalone), skilful cooking and a lot of intellect goes behind his food. Ben Shewry spending more than half an hour chatting with me appeared shocking when one considers the evening he had ahead of him. It is a brilliantly thought-out 17-course tasting menu only and at Aus $295 without wine is worth every penny.

The deli and the juice bar here is a great place to buy and see gourmet products. I also discovered a little secret air-conditioned cheese shop and tasting room downstairs, which has an amazing collection of Australian and imported cheese presided over by Victor Persinette.