Advertisement
Home / Culture / Books / Left without a shelter from the storm

Left without a shelter from the storm

Cyclone Amphan has renewed interest in Henry Piddington, the man who coined the word, cyclone 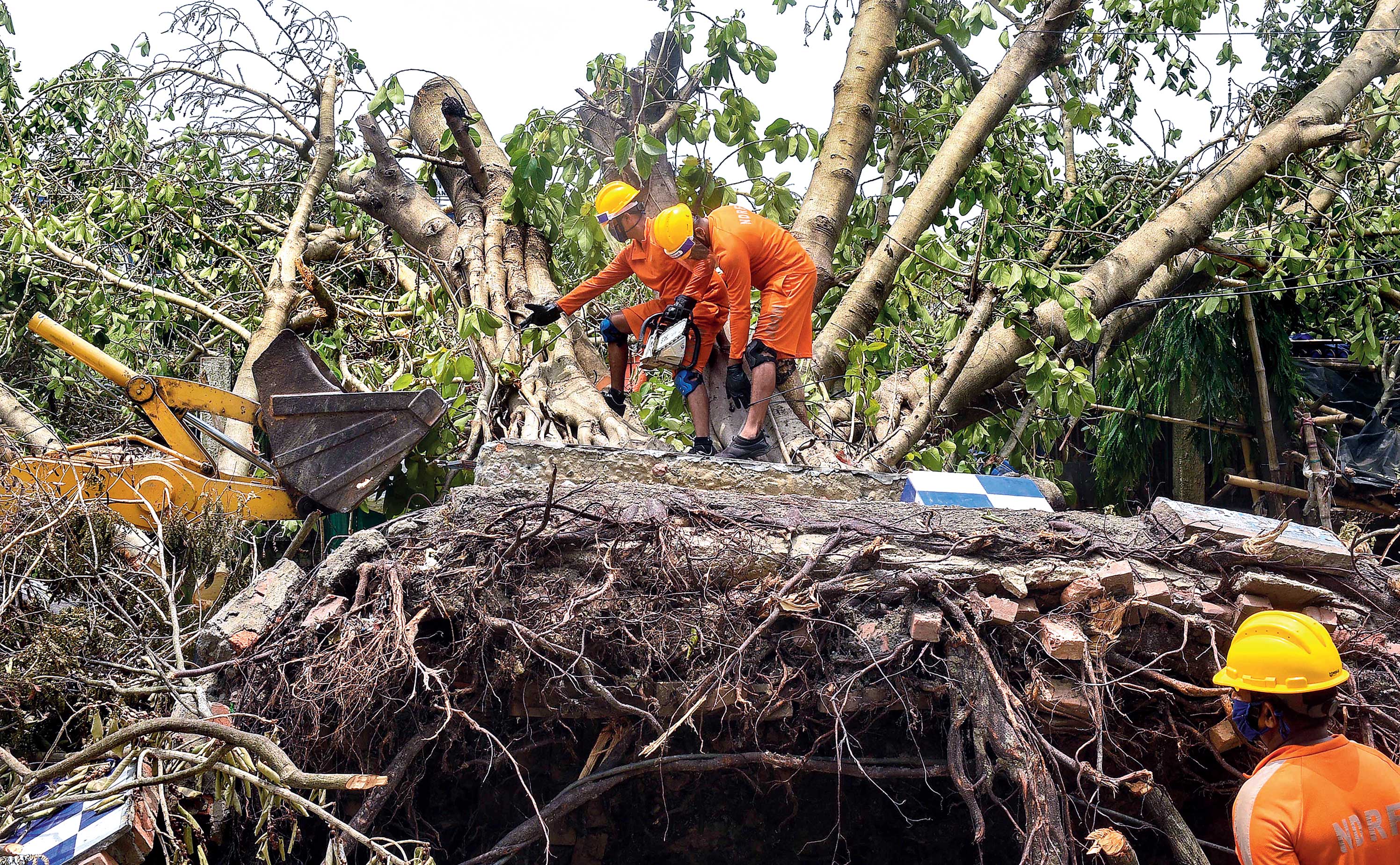 Cyclone Amphan has brought death and destruction to Bengal. However, the winds seem to have blown away public amnesia too, resulting in a renewed interest in Henry Piddington, the man who coined the word, cyclone, in the second edition of The Horn-Book for the Law of Storms for the Indian and China Seas. Piddington — he died in Calcutta — evidently had the ability to stay unmoved by turbulence. Consider his calm notes in A Twenty-fourth Memoir on the Law of Storms, being the CALCUTTA AND SUNDERBUND CYCLONE of 14th and 15th May, 1852: “I have named this the SUNDERBUND CYCLONE, because it is a remarkable instance of a Cyclone passing up through the Sunderbunds... where its fury was terrific, and because of our having fortunately been able to obtain through the Logs of two inland Steamers, and the notes of a gentlemen residing at a Salt Agency on the verge of the Sunderbunds excellent data for its track there...”

Descriptions of storms in literature need not be as stark. Amitav Ghosh, who brought the cyclone closer to Bengalis years before Aila, had penned one of the most chilling accounts of a cyclone in the Sunderbans in The Hungry Tide: “Then the noise of the storm deepened and another roar made itself heard... It was as if a city block had suddenly begun to move: the river was like pavement, lying at its feet, while its crest reared high above, dwarfing the tallest trees. It was a tidal wave sweeping in from the sea...”

But where the scientist and the writer agree is in their assessment that human folly leads to the Furies. Piddington’s warning of incursions next to the Matla, the ‘crazed river’ near the Sunderbans, had gone unheeded, leading to the destruction of Port Canning in 1867. In The Great Derangement, Ghosh argues that this myopia can be attributed to the human inability to recognize the “interconnectedness of Gaia” as well as the predations of the Empire, imperialism and the market. “What determined the shape of the global carbon economy was that the major European powers had... established a strong... military and political presence in… Asia and Africa... with the result that other variants of modernity came to be suppressed... and appropriated into... a single, dominant model.”

This model of profiteering now binds decimation and resurrection. Drawing on the American experience of Hurricane Katrina, Naomi Klein offers a masterly dissection of disaster capitalism in The Shock Doctrine, showing that disasters, instead of being periods of social leveling and community building, are now increasingly being milked by greedy corporations.

Does that explain why the world remains blind to what Piddington, Ghosh and many others want it to see?

An old, bitter contest over history and memory

Brahmaputra: A life beyond its waters