An old, bitter contest over history and memory

Sumit Guha’s treatment involves a nuanced understanding of the category of collective memory, and how it is socially structured 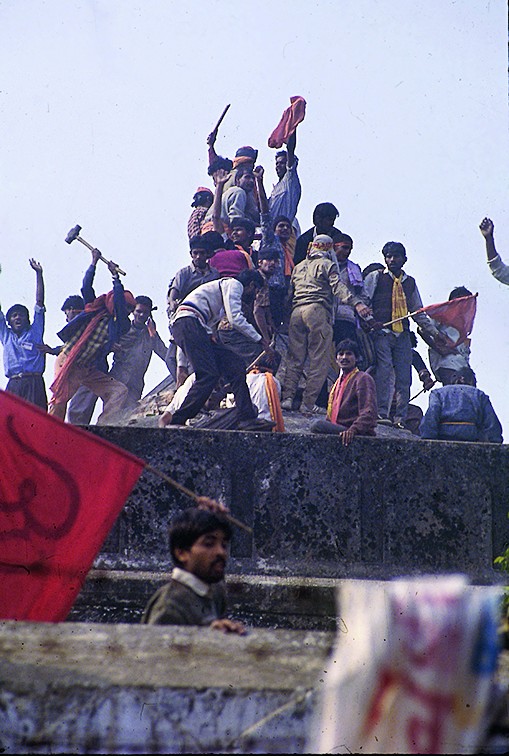 When a ‘historic’ mosque built in the sixteenth century is brought down in the twentieth because people ‘remember’ it being the birthplace of a ‘legendary’ king in the hoary past, does that denote that memory can actually be at war with history? Why do different people remember the same thing differently? If recollections of events differ from person to person, is it possible to come up with an ‘objective’ version of the past, which we have learned to speak of as ‘history’? How do we know whether a version is both authentic and objective? If history is not objective, is it still history? If it is not authentic, is it still history? If memory is neither authentic, nor objective, is it still memory? These are not merely polemical questions. They are essentially the raison d’être of the discipline of history, for the answers to these questions shape the historian’s craft. Putting it very briefly, history is not simply an inquiry into the past in order to figure out what happened, when, and why. It is a kind of collective memory socially structured in such a way that different aspects of life in a particular society are ‘remembered’/manipulated differently, depending on the person who is ‘remembering’ as also when, why and where is it being remembered.

Different societies have divergent approaches to such remembering. But all societies remember because almost universally across human society the past is taken as a crucial benchmark for human conduct — both in cultures that believe in cyclical time (such as in the Indic intellectual tradition) as well as in those that believe in linear time (the Judeo-Christian-Islamic tradition). Their ideas of history also vary accordingly, ranging from an agglomeration of memories of what happened without a definite temporal frame (when they happened) to memories that are plotted definitively in terms of time (what happened and when).

Sumit Guha has tried to plot a major question in the study of historiography of India — the duality of historical memory in the Indian subcontinent rooted in Indic and Islamo-Christian traditions and the fascinating story of their coexistence. He argues that history, in the sense of socially structured memory, does not necessarily exist by itself: rather it emerges to serve specific purposes at specific points of time, and the manner in which it develops conditions the nature of the historical tradition that takes shape. Guha says that even though Indian historical writing since colonial times has been transformed by the Western historiographical tradition, practices of documentation of collective memory have carried on from pre-colonial times, such as the Perso-Islamic tradition of court history and the Indic practices of encrypting collective memories in genealogical and didactic literature (the Bakhar literature of Maharashtra) that have survived. These precolonial traditions have remained vibrant enough for the literati in the Indian subcontinent to recreate their own past within the broader matrix of linear time associated with the Western historiographical approach in such a way that they completely undermine the political purpose that history was intended to serve for the colonial order.

Guha’s treatment involves a nuanced understanding of the category of collective memory, how it is socially structured (therefore incapable of being ‘objective’), and how layers upon successive layers of memory can influence the very act of remembering itself. This volume brilliantly plots the creating/shaping of memories of the Sultani era, Rajputana, the Marathas and so on. What appears in the twentieth and twenty-first centuries as merely a political battle over the reading of history between the votaries of the Hindu Right and its adversaries is, Guha argues, actually part of a much larger contest between alternative approaches to recovering collective memory in the subcontinent.

Constitutional crisis: What happens when the courts and the legislature clash