Advertisement
Home / Culture / Books / If there are limits & boundaries, then crossing them is also very important: Geetanjali Shree

If there are limits & boundaries, then crossing them is also very important: Geetanjali Shree

'I live in India and my work is in Hindi. For me the Booker Prize was a faraway thing, in some completely different world' 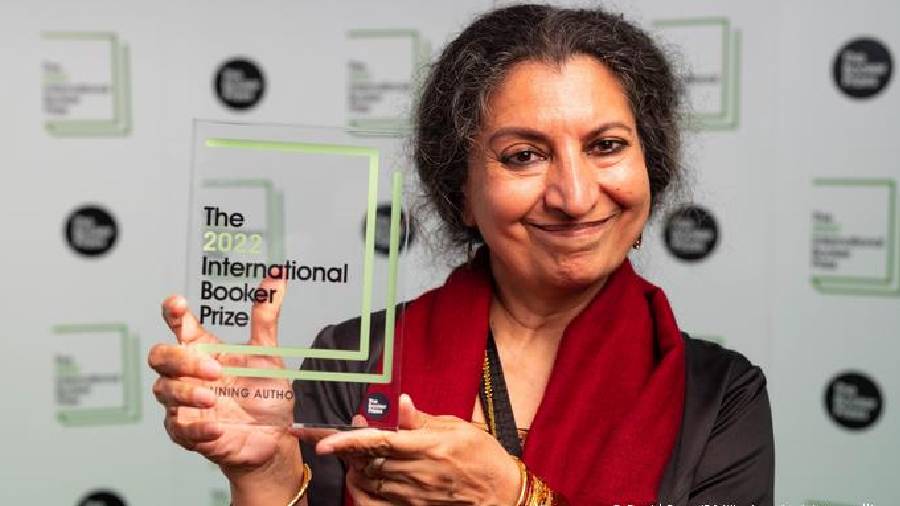 Geetanjali Shree became the first Hindi author to win the International Booker Prize, for her novel "Ret Samadhi," translated by Daisy Rockwell from  into English as Tomb of Sand.

The novel tells the story of an elderly woman who falls into a depression after the death of her husband. One day on an impulse, she decides to travel to Pakistan to come clear with the trauma of India's partition with Pakistan in 1947. "Tomb of Sand" is a dissection of her feelings as she comes to terms with her past, and with her role as a woman and a mother.

DW spoke to her after she was shortlisted for this year's International Booker Prize.

In "Tomb of Sand" you basically say that living as a woman means living with boundaries. What exactly do you mean by that?

But what I'm saying is, if there are limits and boundaries, then crossing them is also very important. So being a woman is to be tied within boundaries. But just being a woman urges you to cross these lines and you get to some other place by crossing these borders.

Your 2000 novel, translated into English as "Mai: Silently Mother," made you famous. The novel discusses the lives of three generations of women. In "Tomb of Sand," you similarly speak about women from different generations and their relationships. Why do you find this theme so fascinating?

I think mothers are important anyway, and because I am a woman, I am probably able to perceive a woman's life in a special way. There are some things, which are part of your immediate or even distant life experience. And so they just come through when you express yourself.

How did you feel after being nominated for the International Booker Prize?

I live in India and my work is in Hindi. So in my world, I didn't really think of the Booker Prize. For me, it was a faraway thing, in some completely different world.

When I got the news that I was longlisted, I think I didn't even comprehend how important that was. It was like, "yes, I've heard about the Booker Prize and I am on the long list."

And then after people started calling me and writing about my work, I slowly began to understand that even being longlisted is a big deal. And by the time I was nominated on the short list, I had understood the full meaning of being a part of it.

What is the market like for Hindi books in India?

It's a mixed situation, because you can't forget that a lot of the Hindi-speaking area in India is also very poor. There are also problems with education; there are uneducated and educated people in this area. If you compare with Kerala [India's southern state with a 100% rate of literacy] for example, the kind of awareness people have about literature there cannot be found in the Hindi-speaking areas. But people want to read, they want more things to be available to them.

Everybody does not have that kind of purchasing power. And there is a lot of discussion about the fact that if books are so expensive, how will ordinary people buy them? That is why there are only few individual buyers of Hindi books. It's mostly libraries. So these are the problems, but people read and want to read.

Do you think your Booker Prize will also help the Hindi book market?

Hopefully. When you are in the limelight, then those around you also get some attention. Obviously, the Hindi world is getting some attention too. There's already this awareness outside [India] that there is something going on in the Hindi world [in terms of literary production]. And together with Hindi, there also is probably more awareness, excitement and curiosity about other languages. So I think this is really good for Hindi and for other languages in India and South Asia.

However, we need to remember that the world of writing is actually very quiet and private, and writing will go on just the way it has until now, regardless of whether one brings it to one's attention or not.

Because ultimately, there is writing in every corner of the world. So, the business of writing will go on, but probably, there will be more curiosity and eagerness to bring it into focus.