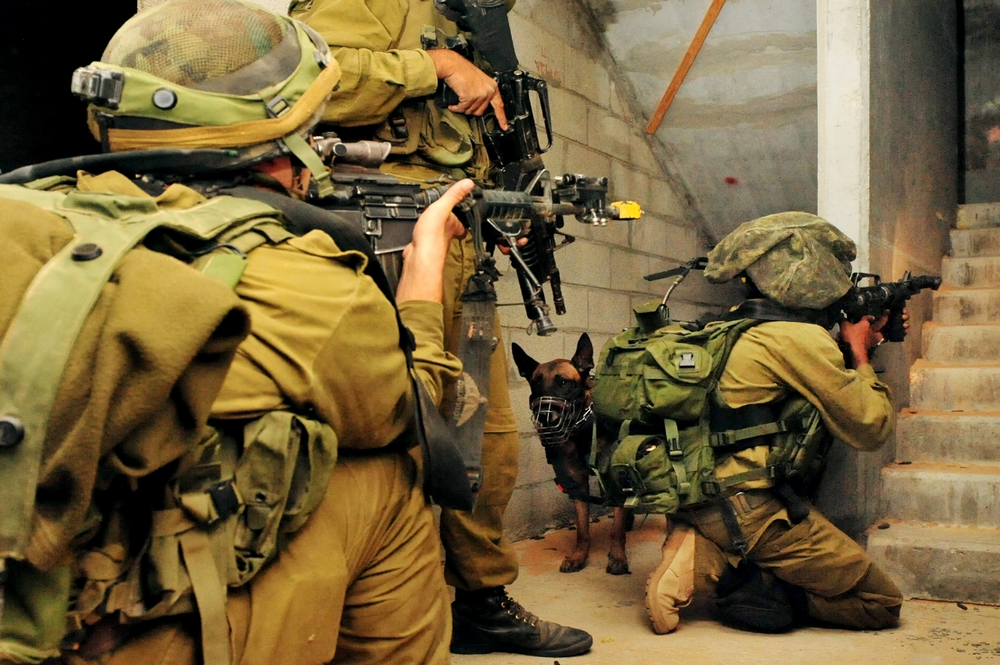 The author traces the story back to the early 20th century, when Jewish settlers in Palestine began to organize themselves in self-defence against their Arab neighbours who felt disgruntled because they were dispossessed of their own land
Image: Shutterstock
Kingshuk Chatterjee   |     |   Published 28.02.19, 06:54 PM

Why do some countries choose to develop ‘muscular’ policies when confronted with conventional and unconventional challenges to their security? Why do countries choose this ‘muscular’ approach, knowing full well that this is in conflict with international law? Do such choices indicate a blatant disregard for international law, as also rule of law within the domestic arena, since every targeted assassination of a political adversary or criminal or terrorist entails violation of the rights (fair trial, due process of law and so on) that even criminals are meant to be entitled to?

These concerns of social scientists as much as legists have been discussed threadbare in numerous works. In Rise and Kill First: the Secret History of Israel’s Targeted Assassinations, the Israeli journalist, Ronen Bergman, gives the reader a ringside (almost insider) account of how Israel has come to develop targeted assassinations rather like an appendage to State policy, not an aberration of it. He does not pontificate either way — that is, whether such things should or should not be done. He sets himself to speak of the context in which targeted assassinations have come to acquire a kind of acceptability in the body politic of Israel.

The author traces the story back to the early 20th century, when Jewish settlers in Palestine began to organize themselves in self-defence against their Arab neighbours who felt disgruntled because they were dispossessed of their own land. The organizations of the Mandatory era — Haganah, Irgun, Palmach, Stern Gang — each resorted to the policy of targeted killings with both pre-emptive and retributive objectives in a bid to ensure that the Jewish people survived. As the details of the Holocaust began to come out after the war, the Jews of Palestine exhibited a grim determination to claw out a space for themselves in Palestine through all means necessary — including targeted killings of British as much as Palestinian operatives right up to the birth of the Jewish State. Given the acrimony with its Arab neighbours that followed, the perception of threat to the very existence of Israel (and of the Jewish people) came to be imbibed by the Israeli body politic, making acceptable the practice of resorting to any means whatever to ensure Jewish people’s survival. The author has put together not so much a history of the Mossad as a detailed attempt at explaining the reason why the Israeli government, and much of the people, find the unpleasant activities of the Mossad legitimate, or at worst, not illegitimate. It shows that there is yet to be an Israeli prime minister — from David Ben-Gurion to Benjamin Netanyahu — who at some point of time or another did not have anything to do with this controversial policy option.

The author has amassed a humongous amount of data to make his argument authoritative, as he did with his previous works on military strategy and intelligence — except, of course, that in those he had official access to sensitive material, whereas for this book he apparently had to ferret facts out. If his claim that the Mossad now considers him a persona non grata is genuine, he may have to change the nature and direction of his future inquiries.

The book also leaves the reader with the sense that the only people who understand the Israelis perfectly are the Palestinians. Both are fighting for their right to survive as a nation, and the threat to that right is not imaginary. Both wax lyrical about the virtuous nature of their struggle, and the legitimacy of targeted assassinations against a formidable enemy completely unmindful of international law. ‘Muscularity’, however, has a problem — if ‘muscles’ abound on both sides, little is resolved. The only Israeli prime minister who dared to realize this, after having himself been a past practitioner, was Yitzhak Rabin. It is no coincidence that he too was assassinated, arguably in an atmosphere of hatred conjured up by the exhortations of Bibi Netanyahu.