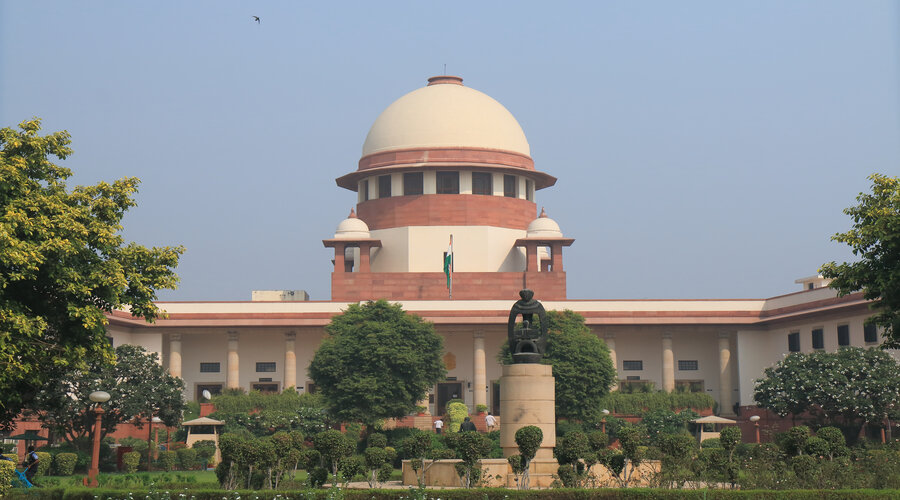 The top court said that another righteous candidate has suffered due to this mischievous act by the bank peon.
Shutterstock
Our Bureau And Agencies   |   New Delhi   |   Published 03.11.20, 09:10 PM

The Supreme Court on Tuesday refused to accept the contention that overqualification cannot be a ground for disqualification as it upheld an order of Punjab National Bank terminating the service of a peon who had suppressed the fact that he was a graduate.

The top court set aside two orders of the Orissa High Court by which it had asked the bank to allow the peon to discharge his service, saying a candidate having suppressed the material information and/or giving false information cannot claim the right to continuance in service.

A bench of justices Ashok Bhushan, R Subhash Reddy and M R Shah allowed the appeal filed by the bank, noting that it had stated in its job advertisement that the applicant should not be a graduate.

The court also observed that instead of challenging the qualification criteria, Amit Kumar Das had applied for the job and hidden his qualification.

On the ground that Das "deliberately, willfully and intentionally suppressed the fact that he was a graduate, the High Court has erred in directing the appellant Bank to allow the respondent - original writ petitioner - to discharge his duties as a peon,” the court said.

Referring to an earlier verdict of the top court, the bench said that the suppression of material information and making a false statement have a clear bearing on the character and antecedents of the employee in relation to his continuance in service.

It said, “An employee is expected to give correct information as to his qualification. The original writ petitioner failed to do so. He was, in fact, overqualified and therefore ineligible to apply for the job.”

The top court said that another righteous candidate has suffered due to this mischievous act by Das.

Das relied on the top court's verdict of 2000 and said that a higher qualification cannot be a ground for his disqualification from the job as rightly held by the Orissa High Court.

The bench noted that the Bank has invited the applications for the post of peon by giving a newspaper advertisement in which it was specifically mentioned that a candidate should have passed 12th class or its equivalent with basic reading/writing knowledge of English and should not be a graduate as of January 1, 2016.

It said that as per the eligibility criteria mentioned in the advertisement, a candidate with a graduate degree was not eligible even to apply.

The bench said that Das applied for the post of peon but in his application/bio-data did not disclose that he was a graduate degree holder since 2014 and only mentioned his qualification as 12th pass.

It said looking at the nature of the post of peon, a conscious decision was taken by the bank providing eligibility criteria/educational qualification that a graduate candidate shall not be eligible for the post of peon/subordinate staff.

The top court said that Das never challenged the eligibility criteria/educational qualification mentioned in the advertisement and instead participated in the recruitment process.

The top court stated that it is for the employer to determine and decide the relevancy and suitability of the qualifications for any post and it is not for the courts to consider and assess.

Greater latitude is permitted by the courts for the employer to prescribe qualifications for any post. There is a rationale behind it.

“Qualifications are prescribed keeping in view the need and interest of an institution or an industry or an establishment as the case may be. The courts are not fit instruments to assess expediency or advisability or utility of such prescription of qualifications,” it said.

The bench, however, said that at the same time, the employer cannot act arbitrarily or fancifully in prescribing qualifications for the posts.

Therefore, the High Court has clearly erred in directing the appellant Bank to allow the respondent original writ petitioner to discharge his duties as a peon, though he as such was not eligible as per the eligibility criteria/educational qualification mentioned in the advertisement, it said.

It noted that Das in his bio-data did not mention that he was a graduate and very cleverly he suppressed the material fact and declared his qualification as Higher Secondary School Certificate (HSC), whereas he was holding a degree in the Bachelor in Arts.

Had it been known to the bank that he was a graduate, he would not have at all been considered for selection as a Peon in the bank. That thereafter when scrutiny of the documents was going on and when the respondent - original writ petitioner produced a graduation certificate, at that time, the bank came to know that he was a graduate and therefore not eligible, it said.

The top court said that therefore the bank rightly canceled his candidature and he was not allowed to join the bank in the subordinate cadre.

The court said it was not imposing costs on Das though his mischievous act had deprived another candidate for the job.