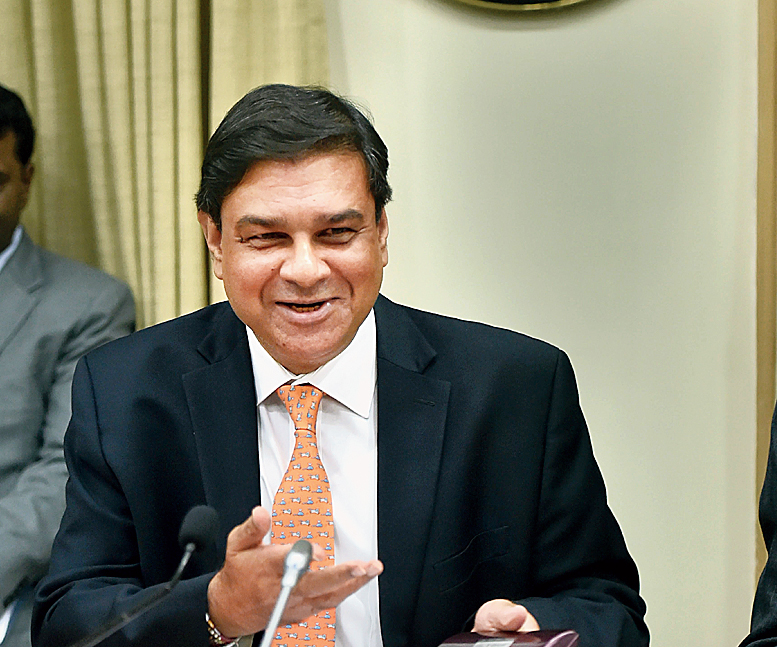 Home loan and retail borrowers can look forward to the prospect of cheaper loans next year.

The Reserve Bank of India governor Urjit Patel on Wednesday hinted that the central bank could lower its policy repo rate if consumer price inflation doesn’t overshoot its comfort level of 4 per cent.

The sixmember Monetary Policy Committee (MPC) held the policy repo rate at 6.50 per cent and stuck to its stance of calibrated tightening.

The repo is the rate at which banks borrow shortterm funds from the RBI. The central bank has raised this benchmark rate on two occasions this calendar year.

In its monetary policy announced in October, the central bank had changed its stance to calibrated tightening from neutral, which signalled that a rate cut was off the table and that any further hikes would be data dependent.

But the unexpectedly low retail inflation – currently ruling at 3.31 per cent – has potentially opened up a window for a rate cut sometime next year.

Inflation has tumbled as a result of weak food price inflation and a sharp 30 per cent fall in crude oil prices since October.

The RBI cut its inflation forecast for the second half to 2.73.2 per cent from an earlier projection of 3.84.5 per cent.

Governor Urjit Patel told reporters at the customary postpolicy press conference that “if the upside risks (to inflation) do not materialise or are muted in their impact as reflected in incoming data, there is the possibility of space opening up for commensurate policy actions by the MPC.’’

Speaking to the press at the customary postpolicy conference, Patel indicated that incoming data will determine whether the central bank cuts the policy rate or not.

The rate cut hint sent a shiver through the bond markets. The yield on the benchmark 10year bond tumbled to 7.44 per cent, its lowest level since April 13.

Amplifying on Patel’s remarks, deputy governor Viral Acharya said the MPC would wait for more data before taking a call.

“We need a few more data points, to ascertain the durability of the decline in inflation that has taken place in a very short period of time… With incoming data, our projections will change and we will take a call as and when required,” he said.

“We believe the MPC is likely to take a prolonged pause (on interest rates). This also gives us confidence that the scope for a cut in rates becomes possible if inflation over the next few months undershoots the revised path forecast by the MPC,” said B. Prasanna, head of Global Markets Group at ICICI Bank.

The central bank chose not to tinker with the cash reserve ratio, which is currently at 4 per cent, to pump liquidity into the system.

“The CRR is not within the ambit of the MPC,” governor Patel said. “Secondly, we see no reason to use the CRR when we have so many other instruments at our disposal and which we have implemented over the last two months for liquidity management.”

The liquidity deficit has been estimated at over Rs 1 lakh crore and the central bank has committed to buy bonds worth Rs 40,000 crore in December.

Acharya added that OMO purchases would be needed till the end of March.