Output of eight core sectors jumps by 56.1 per cent in April

The eight infrastructure sectors of coal, crude, natural gas, refinery products, fertilisers, steel, cement and electricity had contracted by 37.9 per cent in April 2020 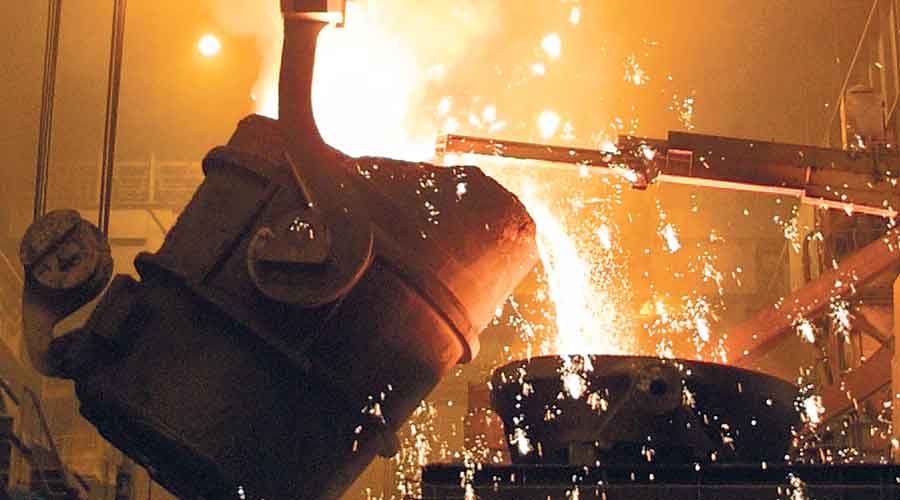 The output of eight core sectors jumped 56.1 per cent in April mainly because of a low base effect and an uptick in the production of natural gas, refinery products, steel, cement and electricity.

Aditi Nayar, chief economist of Icra, said: “The low base of the nationwide lockdown in 2020 pushed up the core sector expansion to 56 per cent in April 2021, a shade lower than our forecast of around 60 per cent. However, the core sector in April 2021 trailed the April 2019 level by 3 per cent, with six of its eight constituents lagging the pre Covid levels. We expect the IIP to record a transient spike to a 130-150 per cent expansion in April 2021, followed by a moderation in May 2021 because of the state-wise restrictions.”

“The data suggests that while all states individually implemented lockdowns in 2021, these are not as stringent as the nationwide lockdown of April and May 2020. All sectors except crude oil registered positive growth in April 2021. Even IIP growth in April 2021 is likely to be strong due to weak base in April 2020. However, weak demand conditions is unlikely to keep this growth momentum strong in coming months,” Devendra Kumar Pant chief economist, India Ratings, said.

Madan Sabnavis, chief economist of Care Ratings, said: “One may be confused by this number (core output) as this was also the month when we had lockdowns in states. Therefore, we need to see growth over March which was -15.1 per cent — there is no reason to sit back and feel satisfied. The PMI numbers will be more relevant.”