The co-founder's exit will mark a significant shift at the company, which has navigated years of pressure from investors and increasing criticism from Washington 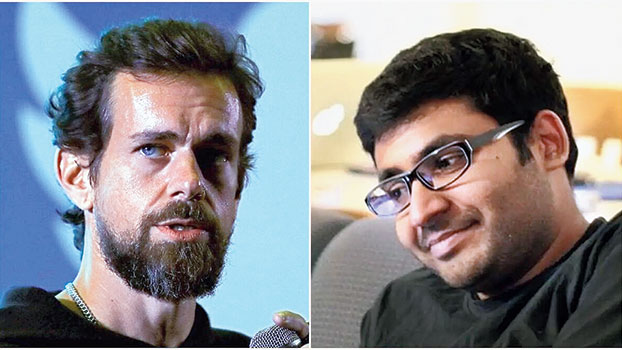 Jack Dorsey is stepping down as chief executive of Twitter, the social media site he co-founded in 2006 and guided through the tumultuous years of the Trump administration.

Twitter announced  Dorsey’s departure on Monday. He is being replaced by Parag Agrawal, the company’s current chief technology officer. Dorsey’s plans were first reported by CNBC. A Twitter spokeswoman did not respond to a request for comment.

Dorsey’s exit will mark a significant shift at the company, which has navigated years of pressure from investors and increasing criticism from Washington, particularly Republican lawmakers who complain Twitter has contributed to a stifling of conservative voices in social media.

The most prominent of those voices was that of former President Donald Trump, who used his Twitter feed to threaten enemies and keep his allies in line. Twitter banned Trump shortly after the January 6 attack on the Capitol last year.

Dorsey, who is also the chief executive of the payments company Square, was fired from the top job at Twitter in 2008 but returned in 2015.

His leadership has been questioned by employees and investors who believed that he was unfocused and spent too much of his time on Square and other passion projects. His departure comes a year and a half after Dorsey survived an attempted ouster from the activist investor Elliott Management. Chief among Elliott’s concerns was that Dorsey’s attention was divided between the two companies he led.

The firm believed that Twitter had fallen behind social media rivals in increasing its stock price and adding innovative new products.

Some employees rallied around Dorsey during the attempt to force him out, using the hashtag #WeBackJack as a rallying cry.

In March 2020, Elliott Management struck a deal with Silver Lake, one of Silicon Valley’s biggest investors in technology companies, that allowed Dorsey to stay on at Twitter. The deal also gave Jesse Cohn, the Elliott executive who oversaw the Twitter campaign, a seat on Twitter’s board, which he relinquished in June.

After the takeover attempt, Twitter’s stock began to climb, and in February, Dorsey announced an ambitious plan to double Twitter’s revenue by the end of 2023.

But some of Twitter’s stock market gains have slipped away in recent months, with the stock now worth roughly the same as it was a year ago. In the third quarter, Twitter said its revenue grew 37 per cent from a year ago to $1.28 billion, but that it incurred a loss of $537 million.