The container has a capacity of 13,000 litre of liquid oxygen and can easily feed a 500-bed hospital 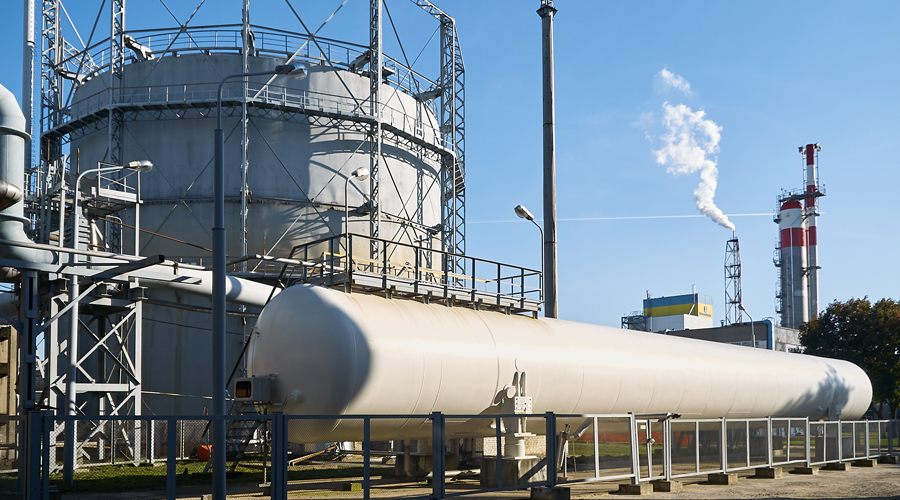 The Calcutta bench of the National Company Law Tribunal has asked for the immediate release of a cryogenic oxygen tank lying unused at a closed steel mill in Bengal, raising hope that more such idle containers may be made available to increase the supply of medical oxygen in the state.

The tank, which has a capacity of 13,000 litre of liquid oxygen, can easily feed a 500-bed hospital. At present, it is on the premises of Ramsarup Industries Ltd in Kharagpur.

After the court’s intervention, the owner of the tank is likely to take possession of the asset over the weekend and bring it to an unit at Uluberia to refurbish before sending it for hospital use.

“...you return the tank. ... you have no reason to withhold it,” Justice Rajasekhar V.K. of the NCLT Calcutta bench remarked during the proceedings.

A ‘compliance report’ ensuring transfer of the tank to Ellenbarrie has to be furnished on Monday when the judge will hear the case and is likely to pass an order.

The advocate representing the gas company prayed that the bench also pass a general order which will ensure that oxygen tanks lying unused in steel mills facing bankruptcy should be released without the elaborate and time consuming process of going to court.

“Sometimes the customers are helpful and in some cases they are unwilling,” he said.

Ellenbarrie, in which Air Water Group of Japan holds a 51 per cent stake, is a significant producer of oxygen in Bengal. The company has been able to recover four such idle tanks in recent times.

It usually takes about 45 days to instal a tank, the kind which is being recovered, at a hospital site as the work requires construction as well as obtaining licences and approvals.

Agarwal said tanks and cylinders are in short supply even though the administration is now proactive in giving out contracts.

Advocate Rishav Banerjee, who appeared for Ellenbarrie, said the oxygen tanks supplied and installed by gas companies like Ellenbarrie in factories of different companies undergoing insolvency resolution or liquidation cannot form part of any resolution process or the liquidation estate under the insolvency and bankruptcy code.

The oxygen tanks are third party properties whose ownership lies with the respective gas manufacturing companies, the advocate said.

“Thus, at this crucial juncture the insolvency professionals should cooperate and hand over the oxygen tanks to the gas manufacturing company without intervention of the court so that such they can be installed in hospitals and institutions for supply of medical oxygen to treat Covid patients,” Banerjee added.

Gas companies can only hope to take tanks which are unutilised. Even though industrial use of oxygen is prohibited by the Centre in the wake of heavy demand from the medical side, plucking out tanks from an operational plant is not feasible.

According to the industry practice, gas facilities, tanks or oxygen generating plants, are usually owned by the gas companies even though they are installed at the factories of the customers who operate them for their exclusive use.

While India’s cumulative production of medical oxygen is more than the demand, transportation of gas from factories to hospitals has remained a challenge. Corporate entities such as Tata Group and ITC have procured cryogenic tanks from abroad to meet the sudden surge.

The second wave of the Covid-19 pandemic has taken a toll on the country’s health infrastructure and thousands of people are dying because of shortage of oxygen. The Centre has invoked the provisions of the Disaster Management Act, 2005 and also issued a notification that oxygen will only be supplied for medical purposes, stopping supply to the industry.