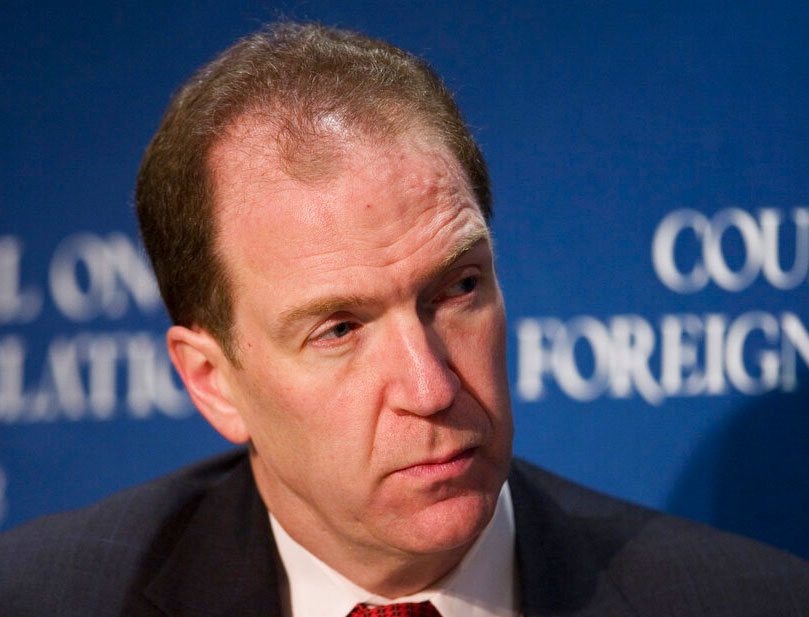 David Malpass, now the undersecretary for international affairs at the Treasury Department, has been an outspoken skeptic of the 189-nation World Bank, a leading source of funding for economic development.
(AP file picture)
AP   |   Washington   |   Published 05.02.19, 07:48 PM

The World Bank may be poised for a shake-up with President Donald Trump planning to nominate David Malpass, a Trump administration critic, to lead the institution focused on global poverty.

Malpass' selection was confirmed by a senior administration official who spoke on condition of anonymity because the official wasn't authorized to comment publicly on personnel decisions. Trump is expected to make the announcement later this week.

Malpass, now the undersecretary for international affairs at the Treasury Department, has been an outspoken skeptic of the 189-nation World Bank, a leading source of funding for economic development. The World Bank provides low-cost loans for projects around the world. Among its key missions is helping combat poverty in developing countries.

Malpass has called for curbing the World Bank's financial reach and has criticised its lending to China, one of the bank's leading recipients of aid.

If the World Bank's directors approve his nomination, Malpass would be positioned to overhaul an institution that, he has argued, has become too focused on its own expansion and prestige rather than on the interests of poor countries.

'A host of organisations are creating mountains of debt without solving problems,' Malpass said in a speech last year. 'Huge organisations like the World Bank and the many multi-lateral development banks have created an environment where their own growth ends up being as important as their clients' growth.'

Having Malpass at the helm of the World Bank would fit a pattern inside the Trump administration of tapping officials to lead institutions whose core missions they have publicly questioned or opposed. The Consumer Financial Protection Bureau, the Interior Department and the Environmental Protection Agency, among others, have under Trump been led by some of their sharpest former critics.

More broadly, the Trump presidency has defined much of its mission by challenging the global institutions that emerged out of World War II such as NATO and what eventually became the World Trade Organisation. The president sees the rules set by these organisations as putting the United States at an economic disadvantage.

Malpass, 62, has straddled the top echelons of government and Wall Street, having worked in the Reagan and George HW Bush administrations and as the chief economist for the defunct bank Bear Stearns. He also unsuccessfully sought the 2010 Republican nomination for a Senate seat from New York.

Malpass' public forecasting has at times been misguided and arguably shaped by his political leanings.

In 2007, he wrote on the editorial pages of The Wall Street Journal that the 'economy is sturdy and will grow solidly in coming months, and perhaps years.' Over the subsequent months, the United States toppled into its worst financial crisis and recession since the Great Depression of the 1930s.

In the same editorial, Malpass dismissed the risks from subprime mortgages by saying, 'Housing and debt markets are not that big a part of the US economy, or of job creation.' As it turned out, the reckless use of subprime mortgages was the catalyst that ignited the 2008 financial crisis.

White House press secretary Sarah Sanders declined Tuesday to confirm that Malpass was the president's pick to lead the institution.

'When the president is ready to make that announcement, he certainly will,' Sanders said. 'I can tell you if he chooses David, it will be a great choice. Highly respected and a strong member of the team.'

Malpass would succeed Jim Yong Kim, who announced in January that he was stepping down three years before his term was to expire. The final decision on a successor to Kim will be up to the bank's board.

Politico was first to report on the nomination.

The World Bank was founded in 1944 with the task of shoring up the economies of nations devastated by World War II. The first recipient of a World Bank loan was France. The bank, whose leader is nominated by the United States and has always been a US citizen, has since shifted its focus from reconstruction to development, extensively in Africa, Asia and Latin America.

Kim's unexpected departure could set up a contentious fight between the Trump administration and other countries who argue that the United States exerts too much influence over the bank, which is based in Washington.