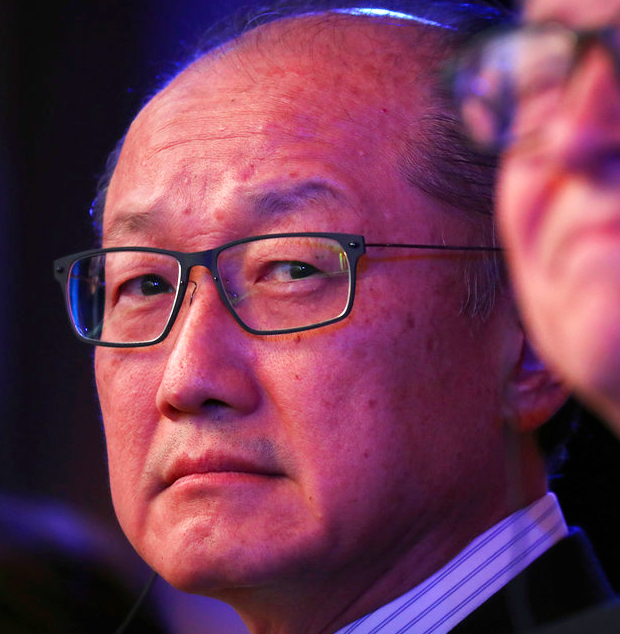 Kim's unexpected departure, nearly three years before his term was set to expire, is likely to set off a fierce battle between the Trump administration and other countries, who have complained about the influence the United States exerts over the World Bank.
AP
Reuters   |   Washington   |   Published 07.01.19, 07:29 PM

World Bank group president Jim Yong Kim, who was at odds with the Trump administration’s policies on climate change, will resign effective February 1, more than three years ahead of his term’s expiration, the multilateral lender said on Monday.

Kim, 59, a physician and public health advocate, was nominated by former US President Barack Obama for a first and second term. Kim had pushed financing for green energy projects and largely dropped support for coal power investments, but had avoided public clashes with the Trump administration.

Two persons familiar with Kim’s announcement to the World Bank executive board said he was leaving of his own accord and was “not pushed out” by the Trump administration.

President Donald Trump however, will wield strong influence in choosing Kim’s successor as the US holds a controlling share of the World Bank’s voting rights. The bank president has traditionally been an American.

Kim intends immediately to join a firm to focus on increasing infrastructure investment in developing countries, the bank said, without providing further details on the position.

Kristalina Georgieva, who in 2017 became the World Bank’s chief executive officer, will assume the role of interim president when Kim departs. Georgieva, a Bulgarian national, had previously held senior EU posts after serving 15 years at the World Bank, starting as an environmental economist in 1993.

The World Bank said Kim had emphasised that infrastructure finance was one of the greatest needs in the developing world and had pushed the bank to work with a new cadre of private sector partners on“sustainable, climate-smart infrastructure”.

”The work of the World Bank Group is more important now than ever as the aspirations of the poor rise all over the world, and problems like climate change, pandemics, famine and refugees continue to grow in both their scale and complexity,” Kim said. “Serving as president and helping position the institution squarely in the middle of all these challenges has been a great privilege.” Reuters