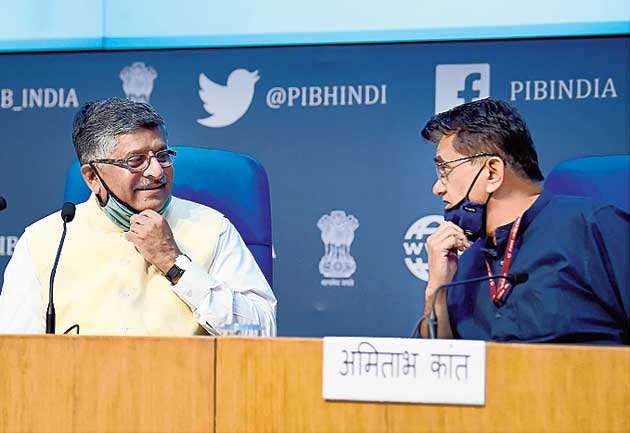 The Centre on Tuesday announced a Rs 50,000 crore incentive scheme to promote the manufacturing of electronic products in India as the Narendra Modi-government looks to attract companies from China.

The incentives will be dished out through three schemes — the biggest is a Rs 40,000-crore scheme, under which companies will get incentives if it produces a certain amount of units.

The government aims to invite five “global champions” to make products in India taking advantage of this production-linked incentive (PLI) scheme. The Centre also aims to create five national champions through the scheme.

The second scheme is a Rs 3,500 crore one to promote the manufacture of electronic components. The third scheme will promote the creation of ancillaries for electronics manufacturing.

IT and telecom minister Ravi Shankar Prasad said, “India will initially aim to attract the top 5 global mobile manufacturing companies and also promote five local companies that will be identified through a screening process.”

The schemes have opened on Tuesday and companies can submit their application, electronics and IT secretary Ajay Prakash Sawhney said.

Niti Aayog CEO Amitabh Kant said mobile majors will come to India in the next two to three years.

Apple's iPhone assembly partner Pegatron is planning to set up a plant in India to take benefit of the new schemes. Pegatron will be the fourth partner of Apple to have a footprint in India after Wistron, Foxconn and Compal Electronics.

At present, only Wistron and Foxconn assemble iPhones in the country.

The schemes are expected to attract substantial investments, increase the production of mobile phones and their parts or components to around Rs 10 lakh crore by 2025 and generate around 5 lakh direct and 15 lakh indirect jobs, a government release said.

Companies will get 4 -6 per cent incentives based on certain incremental sales . Under the PLI schemes, an electronic company has the potential to get an incentive of around Rs 7,500 crore if it scales up production to worth about Rs 1.5 lakh crore over the next five years.