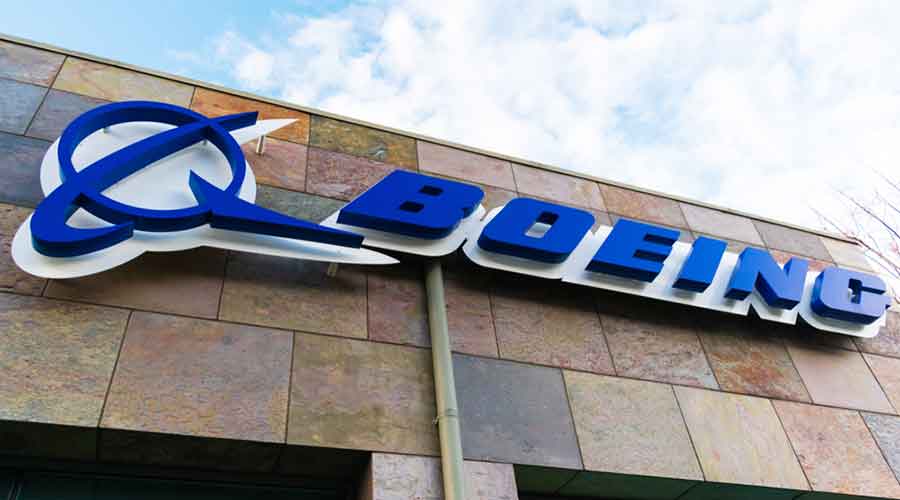 The company now forecasts delivering fewer than half of the lingering 100 or so 787s in its inventory this year - instead of the“vast majority” it had expected - as it continues forensic inspections and costly repairs to address quality flaws in the aircraft.
File picture
Reuters   |   Seattle   |   Published 13.07.21, 10:55 PM

Boeing Co said on Tuesday it will cut its 787 production rate as it works through a new structural defect in its troubled twin-aisle airliner program in another obstacle to recovery from the coronavirus pandemic's impact.

The company now forecasts delivering fewer than half of the lingering 100 or so 787s in its inventory this year - instead of the“vast majority” it had expected - as it continues forensic inspections and costly repairs to address quality flaws in the aircraft.

Boeing did not disclose a new production rate for the 787 program, but said it would shift temporarily below the already-slow current rate of five jets per month.

”To us this is more significant than the cut to the delivery forecast, as it ripples down through the supply chain,” Vertical Research Partners analyst Robert Stallard said in a client note.

”The supply chain cannot just be turned on and off like a switch,” Stallard added.

Boeing shares were down 3.7% in midday trading.

The FAA said late on Monday that Boeing, which spotted the problem, would fix it before the planes are delivered.

The US planemaker's 737 MAX and 787 have been afflicted by electrical defects and other issues since late last year. Boeing halted deliveries of the jet in May, the second pause after it initially stopped handing over the jet in late 2020.

”We will continue to take the necessary time to ensure Boeing airplanes meet the highest quality prior to delivery,”

The FAA said it will review data to“determine whether similar modifications should be made on 787s already in commercial service.”

In June, Boeing booked 146 jet orders. That net figure takes into account instances in which the buyer converted an order to another model or canceled it entirely, including 71 737 MAX jets, the company said.

Boeing handed over 45 planes to customers in June, its highest monthly total since March 2019, when the second of two fatal 737 MAX crashes occurred.

Its June delivery tally includes 10 widebody aircraft, one of which was a 787-9 for Turkish Airlines, Boeing said.