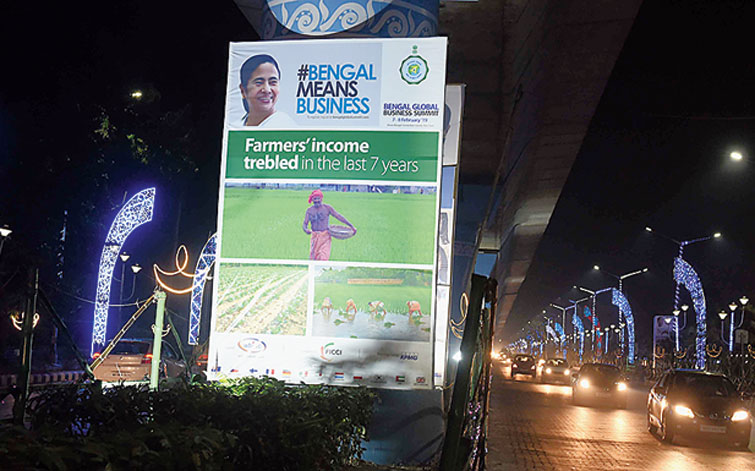 The annual edition of Bengal’s showcase business summit, which begins on Thursday, will test chief minister Mamata Banerjee’s pull among India’s top industrialists as the two-day event unfolds within days of a high-decibel political standoff with the Centre and about three months before the general election.

Reliance Industries chairman Mukesh Ambani will be the top draw at the fifth edition of the Bengal Global Business Summit 2019 that will also see participation from JSW Group’s Sajjan Jindal and Rajan Mittal of Bharti Enterprises, apart from a host of foreign delegates.

Ambani is expected to outline his plan for the 40-acre plot Reliance Jio took up in Silicon Valley at Rajarhat where a telecom equipment unit may come up. He will also have a one-on-one with Banerjee.

Around 12 nations will be “partner countries” at the summit with the UK, Italy and Poland joining the event at the Biswa Bangla Convention Centre in Rajarhat along with Luxembourg, which will be participating in a business summit in India for the first time.

“There is a palpable expectation that Banerjee’s Trinamul Congress may play a pivotal role in the formation of the next government in Delhi. Businessmen, who always hedge their bet among various political combinations, would not let such an opportunity go abegging to meet and greet her,” a city-based industrialist said.

The West Bengal Industrial Development Corporation, the nodal agency in charge of holding the summit in association with Ficci, along with other entities of the state government, however, is not banking on the optics of investment jamborees alone.

Under the leadership of Amit Mitra, who wears several hats in Banerjee’s ministry, including finance, industries and information technology, the government will present a “shelf of 150 investable projects” in 17 sectors before potential investors to pick and choose from. 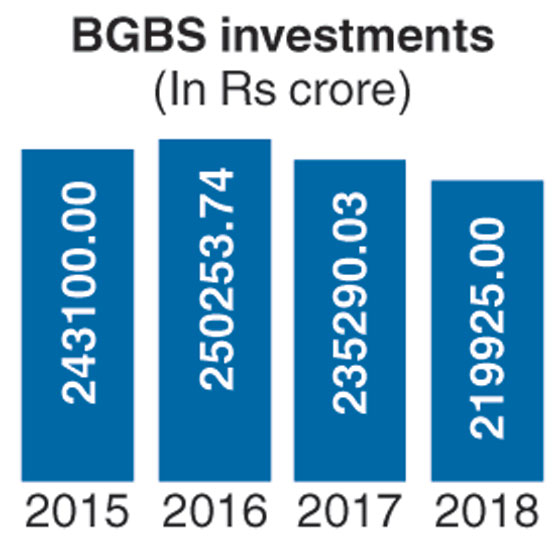 All put together, they represent an investment opportunity of $17.8 billion, or Rs 125,000 crore, according to a booklet that will be made available on Thursday.

The areas of highest investment potential are MSME and textiles, multi-product industrial parks, power and mining, chemicals, iron and steel and logistics and port, contributing to almost 90 per cent of the total opportunity in the state.

The Tajpur port, which was slated to be developed jointly with the Centre, will account for nearly one-sixth of the total opportunities. Last month, the Bengal cabinet decided to walk out of the project and develop it alone with a private partner. Investors will keenly watch for an announcement on this project.

There is also a possibility that an announcement regarding the container port at Kulpi could be made at the event.

However, Banerjee’s high-pitched opposition to Prime Minister Modi will spell one casualty. Union ministers are unlikely to attend the summit. None of the ministers have confirmed their participation even as invitations were sent to all, sources in Nabanna said.

“This year we invited them. Suresh Prabhu has sent a video message. I have no issues. Because government is government and it is a constitutional obligation. I wish to keep in touch with the Centre always,” Banerjee said.

Investors will also look out for the success stories other than mere optics before committing their money. For instance, Luxembourg decided to join the event primarily because of the two companies already operating out of here.

“In Bengal, we have, among others, two companies — Ceratizit and Amer-Sil Ketex — who have an impressive track record in their domain in the country,” Jean Claude Kugener, ambassador of Luxembourg, said while explaining why it chose Bengal first. Luxembourg is heading a delegation of six companies.