KAL, the largest milk producer in the private sector in the East and the Northeast, will file a draft prospectus with market regulator Sebi in the next few days 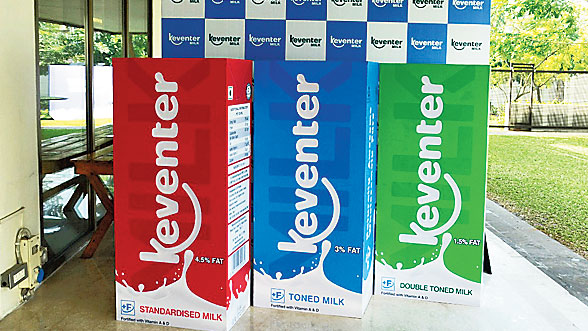 Bengal-based Keventer Agro Ltd is set to debut on the bourses — a rare entry of a food and beverage player from the east into the stock exchanges in recent times.

KAL, which is the largest milk producer in the private sector in the East and the Northeast, will file a draft prospectus with market regulator Sebi in the next few days.

The company, which is also the franchisee for Parle’s Fruity, Appy and FIZZ, is likely to raise anything between Rs 800 crore and Rs 900 crore, valuing Keventer in the range of Rs 2,400-2,800 crore.

The IPO will offer an exit route to the existing private equity investor Mandala Capital, which holds close to a 22 per cent stake in Keventer. Moreover, the issue will raise cash to retire debt and build a capital base to expand the business in other parts of India.

The promoters are not selling any shares in the company, which clocked a revenue of around Rs 1,000 crore in the last fiscal. Post IPO, the Jalan family of Calcutta is likely to hold a 68-70 per cent stake in Keventer, which also owns popular pouch milk and ice cream brand Metro.

Sources said fresh issue of shares would be in the range of Rs 325-375 crore. While about Rs 125 crore would be kept for capital expenditure, Rs 250 crore would be used to retire debt.

The issue, the second this year from Bengal after iron and steel company Shyam Metaliks, may hit the market during Diwali. In the recent past, regional dairy focused brands have done well on the bourses. The latest was the Rs 521-crore Dodla Dairy, which saw interest from retail as well as institutional buyers.

Keventer, however, has been in the process of diversifying to the fast growing frozen foods segment. It is also a large procurer and seller of bananas in India, especially in Bengal. The company has been traditionally strong in the East and the Northeast, where it has a manufacturing base (in Barasat) and a good distribution network. However, it is slowly stepping out of the region.

The East contributes about 12 per cent share to the overall FMCG market in India, even though the size is growing faster than the rest of India because of a lower base. The company plans to continue with a dual engine of growth — owned brand and a strong franchisee brand.