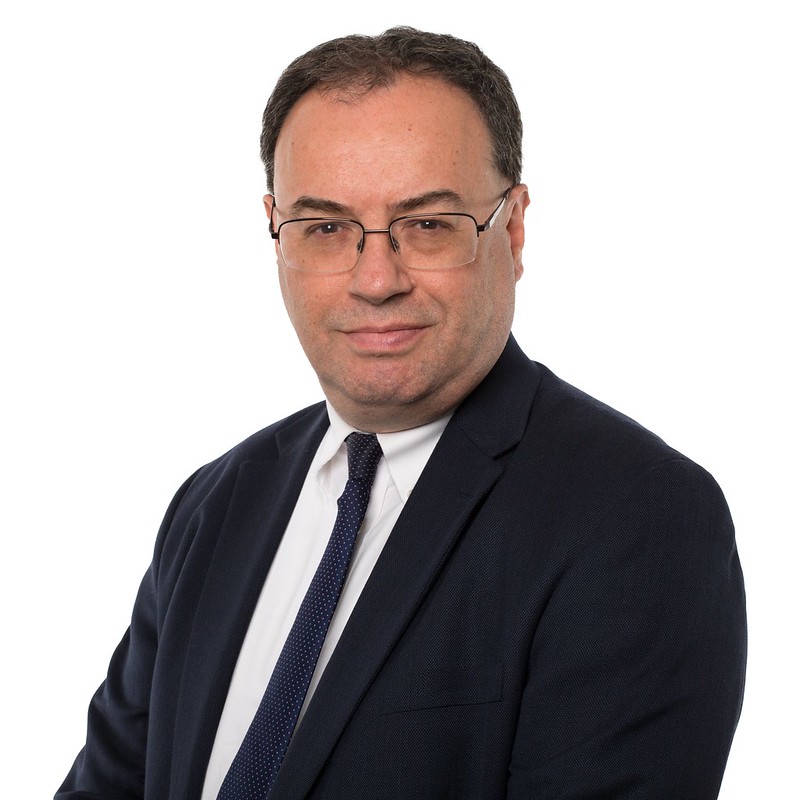 Andrew Bailey has held a number of roles, including chief cashier, which meant that his signature appeared on all bank notes issued by the Bank of England.
Flickr/ Bank of England
Amit Roy   |   London   |   Published 20.12.19, 08:54 PM

The Bank of England has a new governor, chancellor Sajid Javid announced on Friday, and it’s not Raghuram Rajan, who held the equivalent job at the Reserve Bank of India from 2013 to 2016 and had at one stage been hotly tipped by the Financial Times to be the next BoE governor.

The successor to the Canadian Mark Carney is to be Andrew Bailey, 60, chief executive of the Financial Conduct Authority (FCA), the city watchdog, who will take over for a full eight-year term as the 121st governor of the Bank of England — one of the most important jobs in Britain — the day after the current holder steps down on March 15, 2020.

Rajan, who was apparently in serious contention, indicated he was not all that keen to shift from the US where he is the Katherine Dusak Miller Distinguished Service Professor of Finance at the University of Chicago Booth School of Business.

Another Indian origin banker who was in the running was Baroness Shriti Vadera, chairman of Santander UK, the British branch of the Spanish bank. She is the most senior woman banker in the country and played a crucial role in combating the effects of the 2008 financial crisis when her greatest supporter, Gordon Brown, was British Prime Minister.

Bailey’s appointment means hopes that the BoE could have been led by a female governor for the first time in its history have been dashed. Minouche Shafik, director of the London School of Economics and a former member of the BoE’s interest rate-setting committee, was also considered for the role.

The appointment is made by Javid, who said Bailey, who “emerged from the financial crisis (of 2008) with his reputation enhanced”, was the “standout candidate”.

In return for his generous £495,000 salary, he will have to help ensure the British economy is not wrecked as the country leaves the European Union.

He acknowledged it was “a tremendous honour” to be chosen: “The Bank has a very important job and, as governor, I will continue the work that Mark Carney has done to ensure that it has the public interest at the heart of everything it does.”

Carney praised his successor as “an extraordinary public servant” and commented: “Andrew brings unparalleled experience, built over three decades of dedicated service across all policy areas of the Bank.”

Bailey was educated at Wyggeston Boys’ Grammar School, Leicester, and at Queens’ College, Cambridge, where he read history and also did a PhD.

He has spent almost the entirety of his career at the Bank of England, which he joined in 1985. He has held a number of roles, including chief cashier, which meant that his signature appeared on all bank notes issued by the Bank of England.

The FT pointed out that Bailey “has suffered a difficult year at the FCA, into which he was parachuted from the BoE in 2016”.

“Initially, he was praised for his pragmatic approach to Brexit but in recent months, he has had to deal with a series of headline-grabbing financial scandals that have particularly hurt retail customers. A total of 25 cross-party MPs in the last parliament called for Bailey’s resignation.”