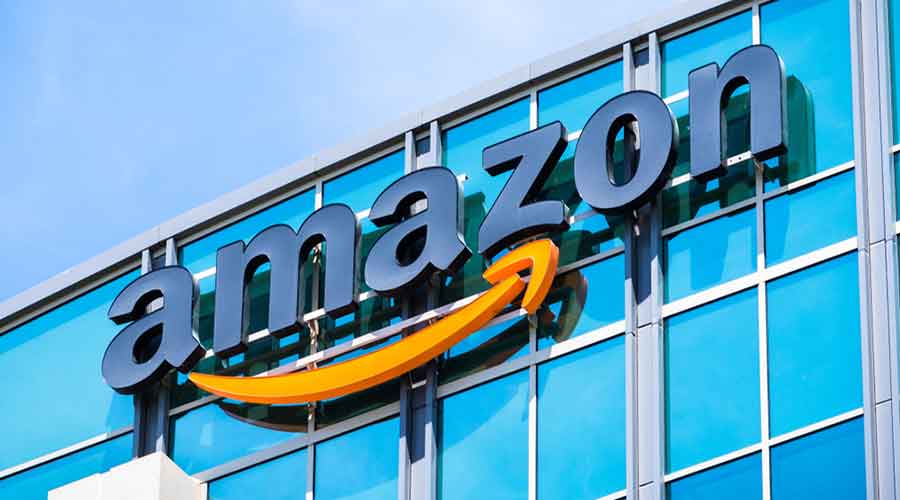 Last year, the company had announced the ‘Local Shops on Amazon’ programme to help retailers and local shops build an online presence.
Shutterstock
Our Special Correspondent   |   Mumbai   |   Published 17.02.21, 02:57 AM

Amazon.com Inc on Tuesday said it would start manufacturing its devices in the country giving a huge boost to the Modi-government’s Make in India initiative.

The e-commerce giant will first make the Fire TV stick, a streaming device. A company blog said production would start later this year at the Chennai facilities of Cloud Network Technology, a contract manufacturer which is a subsidiary of Foxconn.

Amazon did not offer any investment details. The company said production would meet the demand in India and it was open to scaling up operations by setting up facilities in the other parts of the country depending upon the demand.

The announcement comes at a time the online giant is locked in a legal tussle with the Future group over the Kishore Biyani company’s Rs 24,713-crore deal with Reliance Retail.

“Amazon is committed to partner with the Indian government to advance the vision of an Aatmanirbhar Bharat. We have pledged to invest $1 billion to digitise 10 million small and medium businesses, help Indian businesses sell worldwide thereby enabling $10 billion in cumulative exports, and create an additional one million jobs by 2025,” Agarwal said.

Last year, the company had announced the ‘Local Shops on Amazon’ programme to help retailers and local shops build an online presence.

Amazon has registered over 22,000 neighbourhood stores with itself, building their online presence and becoming an additional pickup point, logistics partners and experience centres for e-commerce.

“We welcome Amazon’s decision to set up a manufacturing line in Chennai, as it will enhance domestic production capacities, and create jobs as well. This will further our mission of creating a Atmanirbhar Bharat which is digitally empowered,” Prasad said.

Prasad later in a tweet said he had asked Amazon India to take products made by India’s artisans and Ayurvedic items to the global markets.  “Amazon is a global company but Amazon India must evolve as a truly Indian company deeply connected with the Indian business community and culture.’’

Last year, the government had announced a Production Linked Incentive (PLI) scheme to step up manufacturing capacity. Already Apple and Samsung are producing smartphones in India through their partners.

Dixon Technologies, a contract manufacturer of electronic goods, on Monday said its wholly owned subsidiary Padget Electronics has entered into an agreement with HMD India to manufacture Nokia phones in Noida.

Padget Electronics had entered into a similar deal with Motorola to manufacture its smartphones at the Noida plant.

“India is an attractive investment destination and is poised to become a major player in the global supply chain in the electronics and IT products industry. Our government’s decision to launch a production-linked incentive (PLI) scheme has received tremendous response globally,” Prasad said.

He said Amazon’s decision to set up a manufacturing line in Chennai is a welcome move and it will enhance domestic production capacities and create jobs as well.

He also urged the e-commerce major to also select a few villages in India and develop them as fully digital villages.

Amazon should also work with small local shops and make them a stakeholder in the larger efforts of Amazon to grow its business, Prasad added.