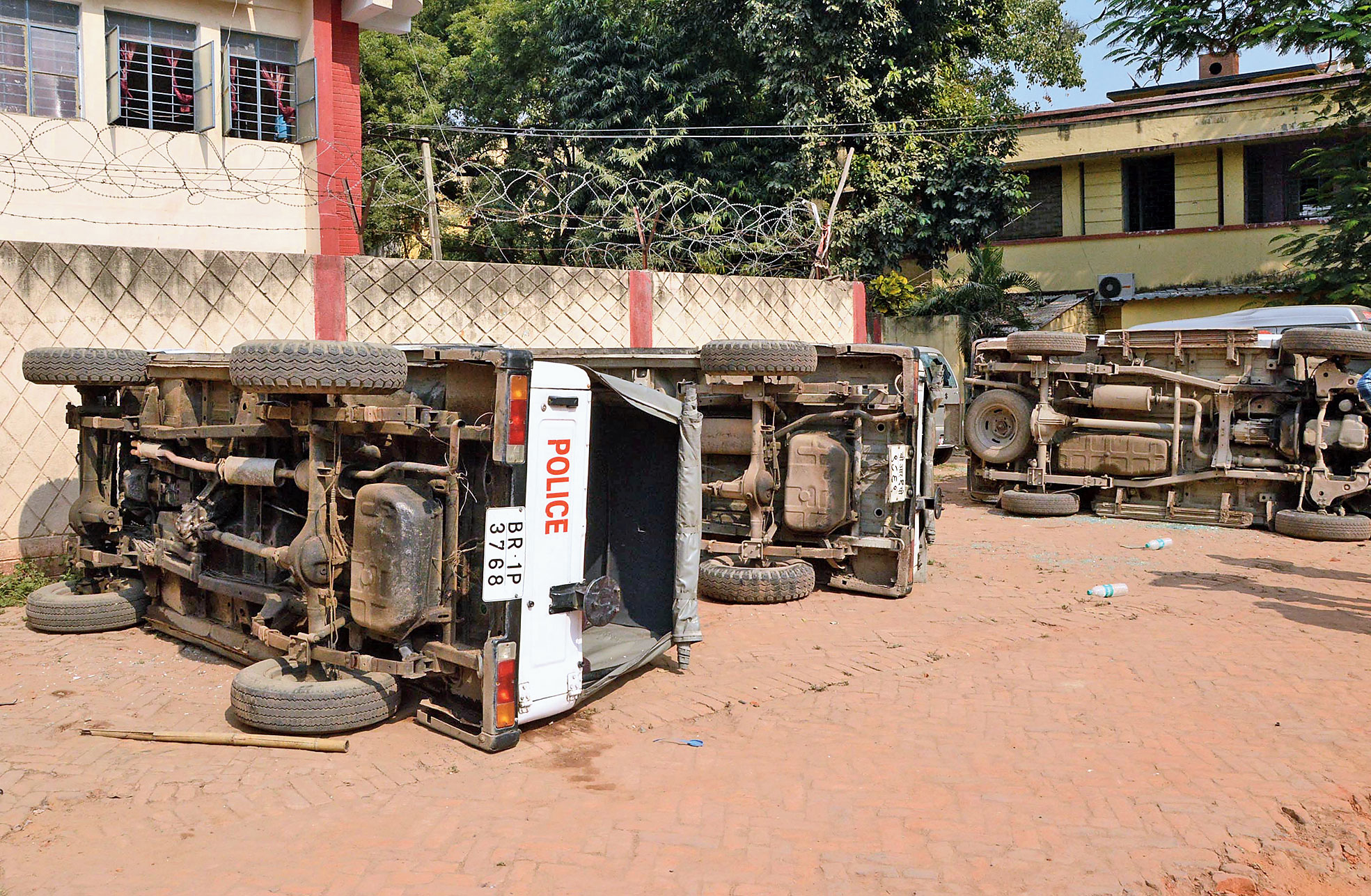 A total of 175 police constables, including 167 new recruits and eight regular ones, were dismissed from service on Sunday, two days after trainee constables went on rampage and fought pitched battles with their seniors over the death of a 21-year-old woman constable.

“The probe report found their (the dismissed cops’) involvement in violence,” IG Khan said. “We have asked Patna SSP Manu Maharaaj to take strict action, dismissing them from service.”

Khan also said orders have been issued for suspension of 23 police personnel — from the rank of havildar to constables — for dereliction of duty. These cops failed to check the violence.

The 23 suspended cops include two traffic police personnel looking after the welfare of trainee cops.

Based on the probe committee report, the IG also issued instructions to transfer 93 personnel from the Patna zone.

These cops have been posted in Patna zone for years and there were reports that they were in connivance with trainee cops in the violence.

“We have come to know that some senior police officers posted at police line for years and some police association members were behind Friday’s violence. They instigated the trainee cops which lead to large-scale unrest,” a senior police officer said, requesting anonymity.

Another police officer said: “The trainee cops’ behaviour was unbecoming of the police. The department cannot tolerate such persons who indulge in such anti-social activities.”

Around 9am on Friday, around 400 trainee cops, a majority of them women, staged a veritable revolt against the police brass — attacking senior officials, ransacking official residences, smashing some 20 police vehicles and indulging in stone pelting in which sergeant-major Ashish Kumar and Umesh Kumar, the body guard of deputy superintendent of police (police lines) Mohammad Maslehuddin, suffered head injuries. The constables were agitated over the death of their colleague Savita Pathak, who was allegedly refused leave despite being ill.