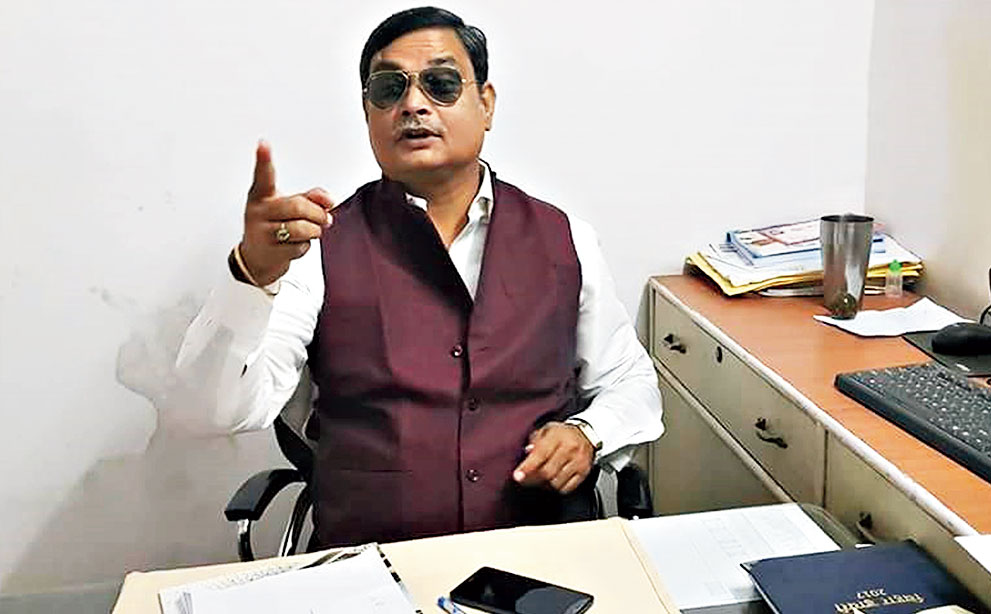 The Supreme Court on Thursday sought a response from Brajesh Thakur, one of the prime accused in the Muzaffarpur shelter home scandal, on why he should not be transferred out of Bhagalpur jail to a prison outside Bihar, following a report from the CBI that he continued to wield influence on witnesses in spite of being behind bars.

“Serious allegations are made against Thakur by the CBI and we have also noted the influence wielded by him. In view of the serious nature of allegations made against him it is not appropriate in continuing his custody in central jail Bhagalpur or any other jail in Bihar. Issue notice as to why his custody may not be transferred to another state,” the apex court said in an order.

At least 34 minor girls were reportedly sedated and sexually assaulted at the Muzaffarpur Balika Grih shelter home following which a harried state government transferred the investigation to the CBI. The probe is now being monitored by the top court.

The bench of Justice Madan B. Lokur, Justice Abdul Nazeer and Justice Deepak Gupta also directed that the present CBI team investigating the case would not be changed without prior permission of the top court.

The court passed the direction following a status report submitted by the CBI alleging that a mobile phone was recovered from Thakur and that he had communicated with 40 persons from inside the prison.

Further, the investigating agency alleged that when two of its officers went to question him in prison, Thakur entered into an altercation with the jail superintendent for granting permission to the sleuths.

“The other accused who were interrogated were tutored by Thakur as they gave identical answers to all the questions,” counsel for the CBI told the court.

Advocate Aparna Bhat, assisting the court as an amicus curiae, said Brajesh Thakur was “influential and in a position to over-awe the jail staff”.

She said justice could be ensured not only by transferring Thakur out of Bihar, but also by shifting the entire trial to another state so that the victims and witnesses could depose without fear or favour.

However, the bench said it would issue appropriate directions on transferring the trial after the CBI files the charge sheet in the case.

Bhat referred to the report of the National Institute of Mental Health and Neuro Sciences (NIMHANS), which is assisting the CBI on the psycho-social and rehabilitation issues of the victims, and said the girls were scared to come back to Muzaffarpur.

The Supreme Court went on to describe as “scary” and “terrible” the details placed before it by the CBI in the case. The top court had last month asked the CBI to file a status report of the investigation in a sealed cover.

Advocate Bhat said details given in the status report by the CBI were “sad”.

“It is terrible. What is your state government doing?” the bench asked senior advocate Ranjit Kumar, appearing for the Bihar government.

“What is this sedation on the children? What is this going on? This is terrible,” said the court, observing that allegations levelled by the CBI against prime accused Thakur were “very serious”.

The report details how the girls living in the home were sedated and the fact that the 50-foot tall four-storied building had no ventilation except on the top floor. When the bench asked the Bihar government about this building, the state’s counsel said they would issue a show-cause notice to the owner.

The court also asked the CBI and the Bihar police to explain the delay in tracing the whereabouts of former state minister Manju Verma’s husband Chandeshwar Verma.

The top court had last month asked the Bihar police to probe the alleged recovery of a large quantity of ammunition from the couple. Manju Verma had resigned as the social welfare minister after it was revealed that her husband had allegedly spoken to Thakur several times between January and June this year.