The government is all set to announce a policy on unsurveyed or topo land. 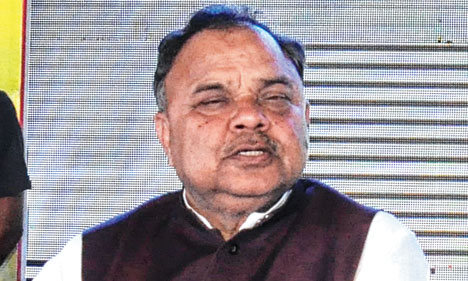 Patna: The government is all set to announce a policy on unsurveyed or topo land.

The minister for land reforms and revenue Ram Narayan Mandal made a statement to this effect in the Assembly while responding to a question. He quoted a court decision of 1935, stressing that all unsurveyed land in the state belonged to the government. "No private person can claim ownership over unsurveyed land. But we'll announce a policy on the issue. It is under process," the minister said.

Topo land is land on which topographic survey has not been carried out. MLAs, cutting across party line, asked many a question. "There is a large chunk of land in Bihar, particularly along the rivers, that has not been surveyed" said MLA Mithilesh Tiwari, asking how the government proposed to remove inhabitants on such plots. "People have been living on it for centuries and the government even takes taxes," he said.

There were suggestions that the government get land surveyed before announcing a policy. But the minister refused to comment further, saying he had already stated that things were under process.

Rajak said one village in each district had already been identified 10 years ago. He taunted the state government for taking organic farming certification from Sikkim.

Food and consumer affairs minister Madan Sahni denied that the police have identified a racket which, on paper, showed procured foodgrain as having been transported while the registration number was but of motorcycles. "From milling machines the foodgrain is transported on trucks with GPS system," Sahni said.

The urban development department came in for criticism for failing to supply water in the towns. Ashok Kumar of the RJD complained that the district municipal body of Sasaram does not have a single engineer and thus even a leak goes unattended. He urged the government to transfer the task of supplying water to the public health and engineering department.