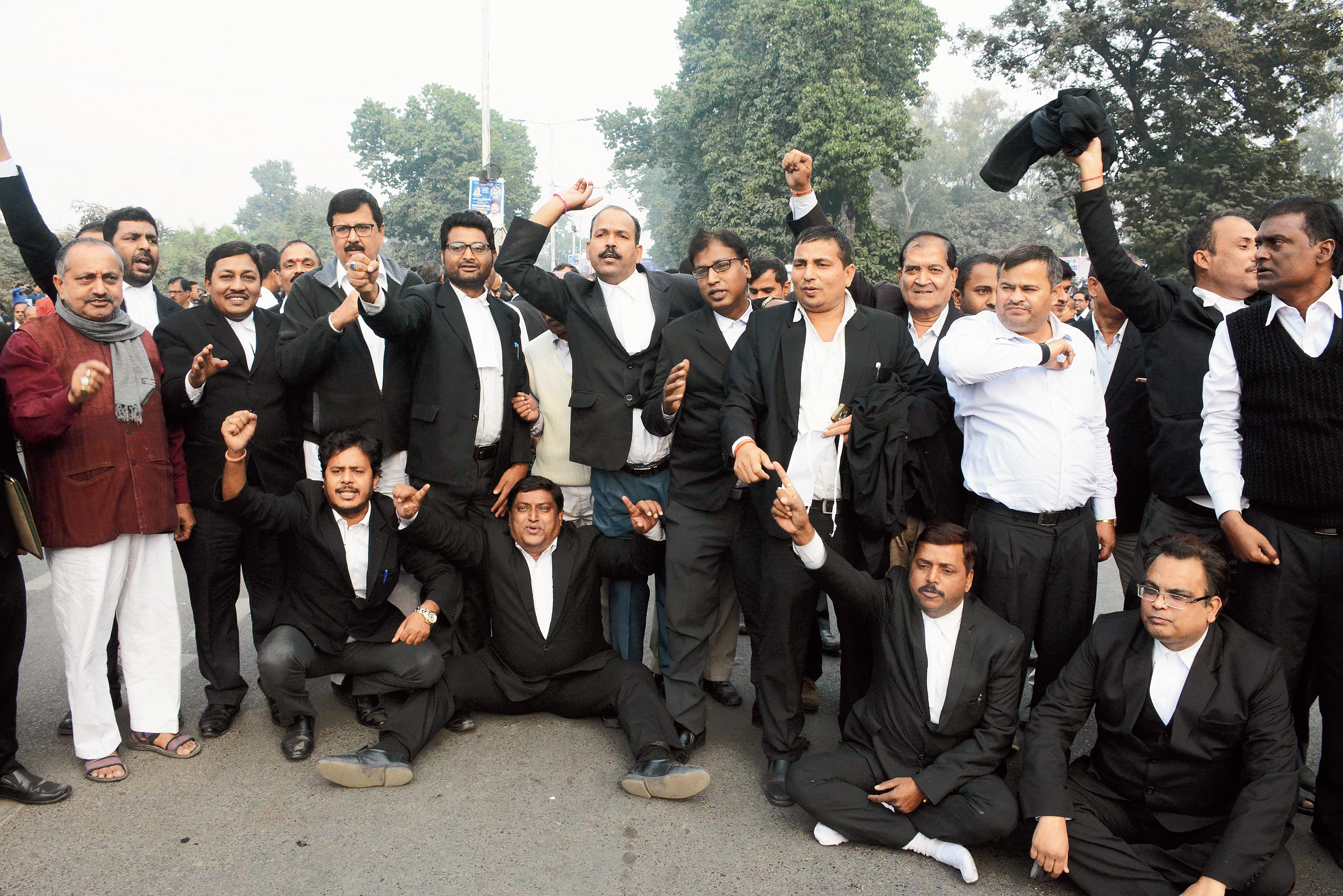 Motorcycle-borne criminals gunned down a Patna High Court lawyer, Jitendra Kumar, 55, near the Jal Parishad office at Rajvanshi Nagar under Shastrinagar police station around 10am on Wednesday.

Jitendra was on his way to the house of his senior lawyer Harishankar Rai at New Punaichak locality to take Rai to court on his scooter.

An eyewitness said two youths riding a motorcycle were following Jitendra and fired at him from behind at a secluded spot, and sped away.

Local residents informed the Shastrinagar police station and Jitendra was rushed to Indira Gandhi Institute of Medical Sciences (IGIMS), where he succumbed to his injuries.

The daylight murder of an advocate shocked the city and senior police officers soon reached the spot.

Jitendra’s elder brother Raj Kumar, who has a homoeopathy clinic on Akashvani Road in the Khajpura locality, said the murder was the fallout of an ongoing land dispute in the family.

He said that his family along with Jitendra live in a rented house on Guru Sahai Lane in Magistrate Colony under the Rajiv Nagar police station area.

Raj Kumar said that as usual, Jitendra had reached his clinic and had tea with him in the morning. He said that Jitendra left his clinic at around 9.35am.

Jitendra’s nephew Shailendra Kumar said that the lawyer was the second of three brothers.

He said that Jitendra’s family has property in the Khagaul locality of Patna.

Jitendra’s father, late Ram Prasad Pandit, had given 93 decimals of land at Khagaul to Jitendra, Shailendra said, adding that a civil suit is pending as Jitendra’s younger brother, Santosh Kumar alias Manoj Kumar, had filed a petition for revoking Ram Prasad’s will.

Shailendra said that Jitendra had strained relations with wife Nitu Singh for the past 10 years and she along with her daughter live at her parent’s house in Muzaffarpur district.

He said that Jitendra’s wife has also filed a petition with the family court in Patna for compensation.

Raj Kumar said that Jitendra was being threatened by some anti-social elements of Khagaul and they had captured his property there.

He said Jitendra had lodged a complaint with the Khagaul police telling them that he was being threatened.

“I was also threatened by these anti-social elements, who had reached my clinic one month ago,” he said, adding that he had also filed a complaint with Shastrinagar police station over it.