AIIMS, Patna, has become the first hospital in the state to couple surgery with chemotherapy in a simultaneous process to treat cancer. 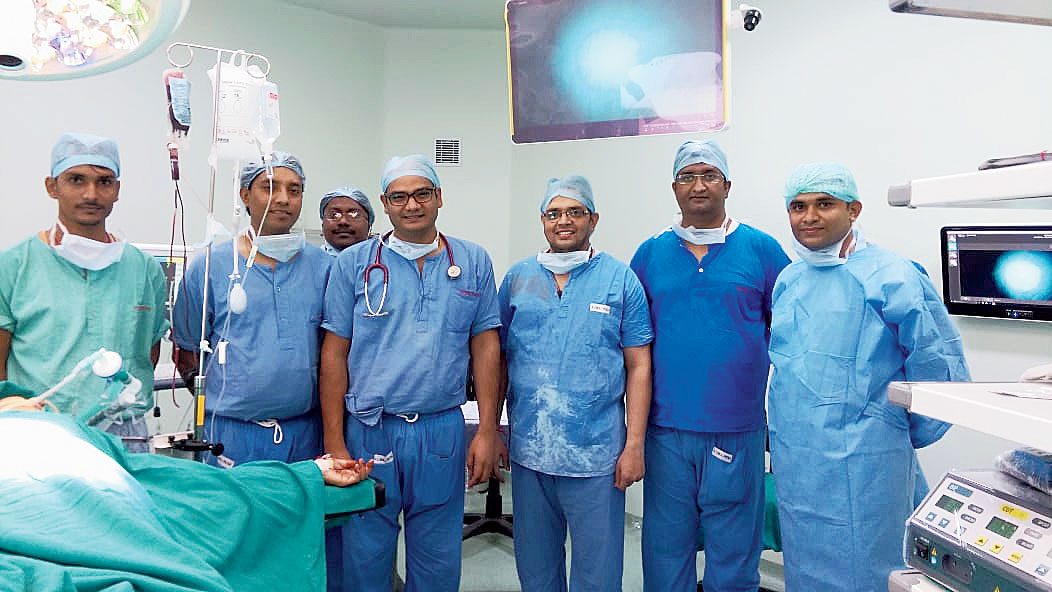 The All India Institute of Medical Sciences (AIIMS), Patna, has become the first hospital in the state to couple surgery with chemotherapy in a simultaneous process to treat cancer.

While usually in cancer surgery the patient’s chemotherapy session starts after around a month of the surgery after surgical wounds have healed, a woman patient was given highly concentrated chemotherapy during the surgery itself.

The procedure that pairs cytoreductive surgery (CRS) with hyperthermic intraperitoneal chemotherapy (HIPEC) is offered at only about 10 centres across the country, doctors at AIIMS Patna said.

The coupled procedure lasts for about nine hours — doctors first took about six hours to surgically remove the tumours from the abdominal region, then delivered the chemotherapy before closing the incision.

A team of AIIMS Patna doctors headed by Dr Jagjit Kumar Pandey, head of the cancer surgery department of the hospital, performed the procedure on Wednesday on a septuagenarian patient from Begusarai who was diagnosed with ovarian cancer.

Among other doctors in his team were Pritanjali Singh, Basab Bagchi and Abhyuday.

HIPEC is a highly concentrated, heated chemotherapy treatment delivered directly to the abdomen during surgery. Unlike systemic chemotherapy delivery, which circulates throughout the body, HIPEC delivers chemotherapy directly to cancer cells in the abdomen. Cytoreductive surgery is a type of surgery that is done to remove tumours from patients

with peritoneal mesothelioma (cancer in the lining of the

When cytoreductive surgery is paired with HIPEC, it increases the life expectancy of the patient and reduces the cancer occurrence.

“Normally in ovarian, colon (intestine) and gastric (stomach cancer) cases, doctors do surgery first to remove the tumour and then we provide chemotherapy after the patient recovers from surgery. CRS surgery which we did involves removing tumours from all over the abdomen. All the cancerous and non-cancerous tumours are removed. If there are cancerous cells in the lymph nodes, they are also removed. The surgery is done in this much of detail and after this chemotherapy is given to the patient through blood route with the help of HIPEC machine,” said Pandey.