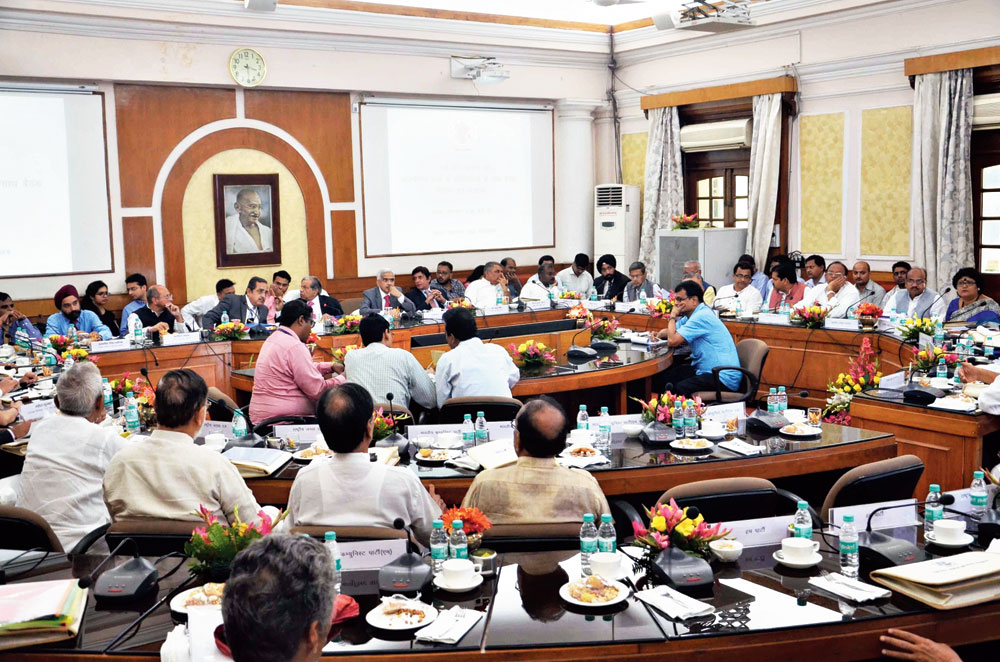 Political parties in Bihar forgot their differences on Wednesday before the visiting 15th Finance Commission chaired by N.K. Singh and unanimously demanded special category status and special assistance for the state.

They submitted a joint memorandum in this regard.

Though the finance commission has no say in granting special category status, and the decision is taken by the National Development Council (NDC), the senior leaders, cutting across party lines, presented a united front to demand it, as well as, a larger share in devolution of taxes by the central government.

MLC Neeraj Kumar of the JDU, Nitish Mishra and Mithilesh Tiwary of the BJP, Abdul Bari Siddiqui and Ram Chandra Purbey of the RJD, Danish Rizwan of the Hindustani Awam Morcha Secular (HAMS), Ram Babu Kumar from the CPI and Arun Mishra of the CPM were among the several leaders who met the finance panel. Legislative Assembly Speaker Vijay Kumar Choudhary was also present.

The joint memorandum points out that Bihar has been maintaining high economic growth over the past two decades despite suffering historically from low fiscal capacity vis-à-vis other states. For instance, in terms of per capita income Bihar lags far behind Haryana (the richest state in India). Bihar has not advanced at all in terms of equalisation during 2004-05 to 2016-17.

India. Out of the 115, 13 are in Bihar. Hence the 15th Finance Commission should provide special funds to reduce economic disparity.