Jakarta gold and glory for shuttler 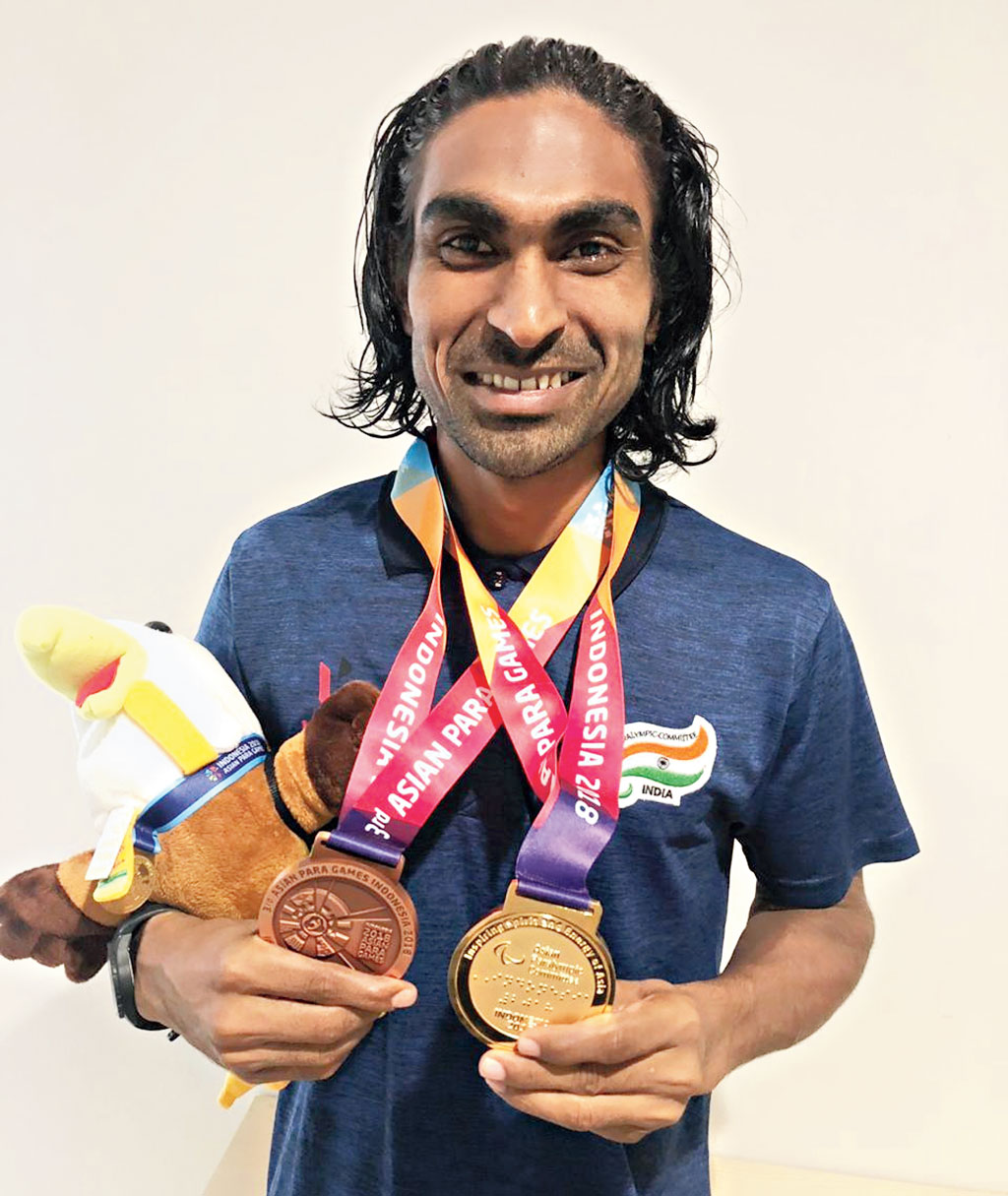 Pramod Bhagat (30) from Hajipur clinched gold in the men’s singles SL3 class badminton in the Asian Para Games that concluded on Saturday.

SL3 category refers to impairment in one or both lower limbs and athletes in this category have poor walking or running balance.

Bhagat works as an upper division clerk in the Bhubaneswar branch of the Employee State Insurance Corporation (ESIC).

Sunil Pradhan, Bhagat’s roommate in the ESIC staff quarters in Bhubaneswar, and practices badminton with him, said despite injury in his leg, Bhagat would practice tirelessly before the Asian Para Games.

“He (Bhagat) used to practice non-stop for around 17-18 hours at Lucknow’s Guru Gobind Singh Sports College in the national camp held before the Asian Para Games. He used to sleep for hardly six hours and rest of the time, he used to devote to practice. In April this year, he suffered injury in his right leg (Bhagat’s left leg is polio afflicted while the right is okay) during the Dubai Para-Badminton International. Also, when he used to practice at the ESIC staff quarter, he used to practice for prolonged periods. We both used to get up at 4am for practice and return around 11am. After this, we both used to leave for office and return at 3pm. After taking two hours rest, we again used to go to the stadium for practice at 5pm and would return around 9.30pm,” said Sunil.

He said Bhagat’s next aim was now to do good in the 2020 paralympics.

Bhagat was ranked No. 1 in the world for two consecutive years from 2015 to 2017. However, he couldn’t maintain this rank due to his injuries and for not playing a few matches.

Bhagat defeated Ukun Rukaendi of Indonesia 21-19, 15-21, 21-14 to win gold in the Asian Para Games on Saturday. This was the second medal for Bhagat though as earlier he won a bronze medal in the doubles. He and his partner Manoj Sarkar lost to an Indonesian pair 13-21, 19-25 to be satisfied with bronze.