Bihar State Pollution Control Board said only low-intensity, low-sound crackers were allowed between 8pm and 10pm 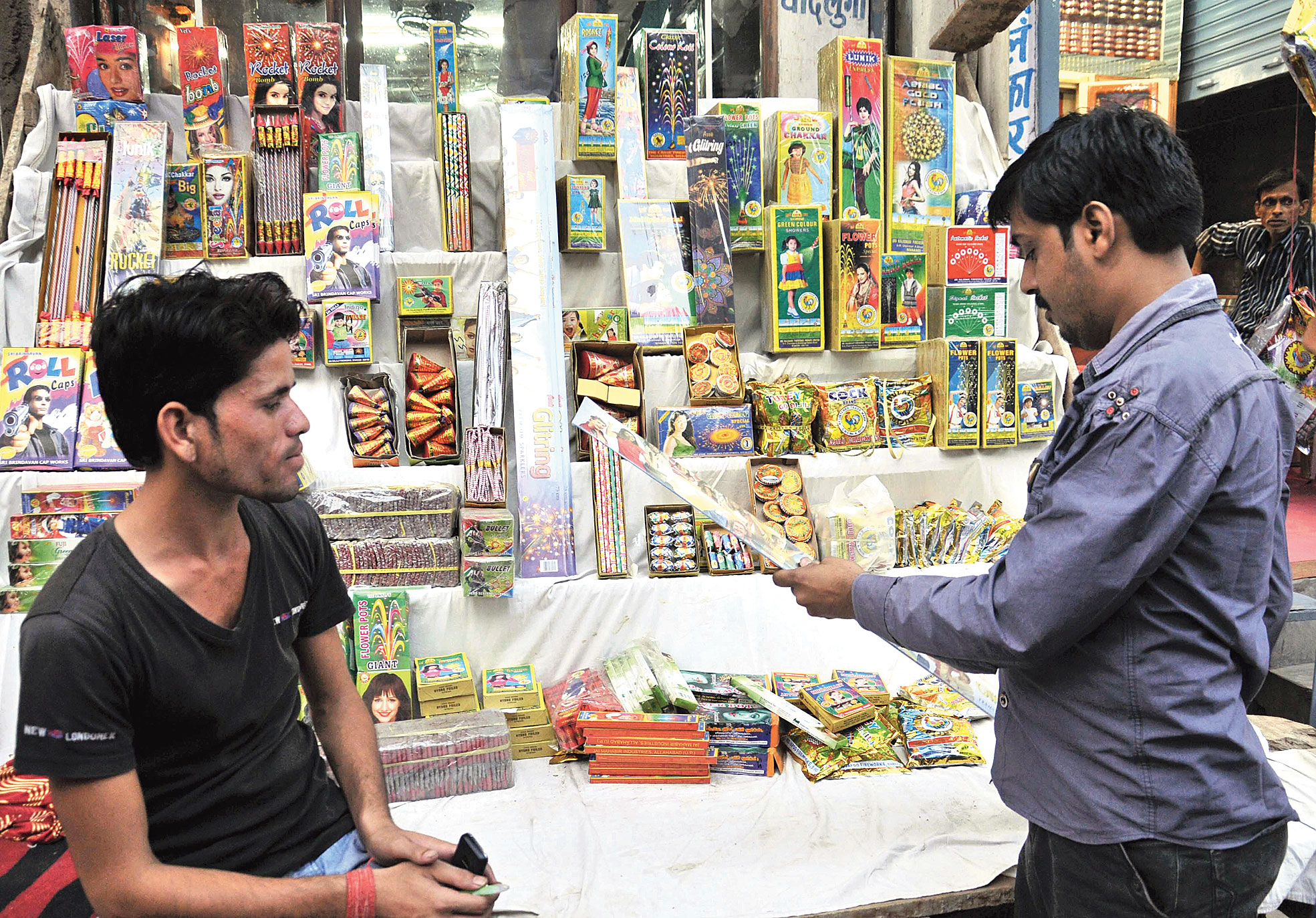 The Bihar State Pollution Control Board has sent an advisory to all district magistrates (DMs) and superintendents of police (SPs) asking them to enforce the Supreme Court order of October 23 on limited use of crackers during Diwali and Chhath.

The board maintained that only low-intensity and low-sound crackers were allowed and that also between 8pm and 10pm. It stressed that loud-sounding crackers are banned and reasserted that the guidelines given in 2005 for use of only those crackers which meet the conditions of sound pollution should be enforced.

It stressed that the district authorities should ensure production and sale of only low-intensity crackers. It has maintained that crackers can be sold by only licenced traders and online sale of crackers was banned. The board maintained that the responsibility of enforcing the Supreme Court’s guidelines will be on the SHO of the police station concerned. The advisory issued by secretary of the board Alok Kumar stated that everybody, particularly the SHOs, should publicise the guidelines. The board has also suggested that all persons concerned, particularly the district education officer, should be informed about promoting a green Diwali.

The board has written separate letters to district education officers, CBSE and ICSE schools on promoting green Diwali among students. In the letter they maintained that loud sound leads to increase in blood pressure, mental tension, loss of hearing and heart attacks. The letter pointed out that crackers of more than 125dB are not allowed and they should promote an eco-friendly Diwali.

The board has suggested holding a special meeting of students of all educational institutes to create awareness and asked students to take a pledge for a green and healthy Diwali. The pledge includes cleanliness drive in and around schools and home, not burning collected waste in open space, not using high-decibel crackers or smoke-emitting crackers, using crackers only between 8 and 10pm and use of natural colours for decoration.