Winter storm results in cancellation of 1400 US flights 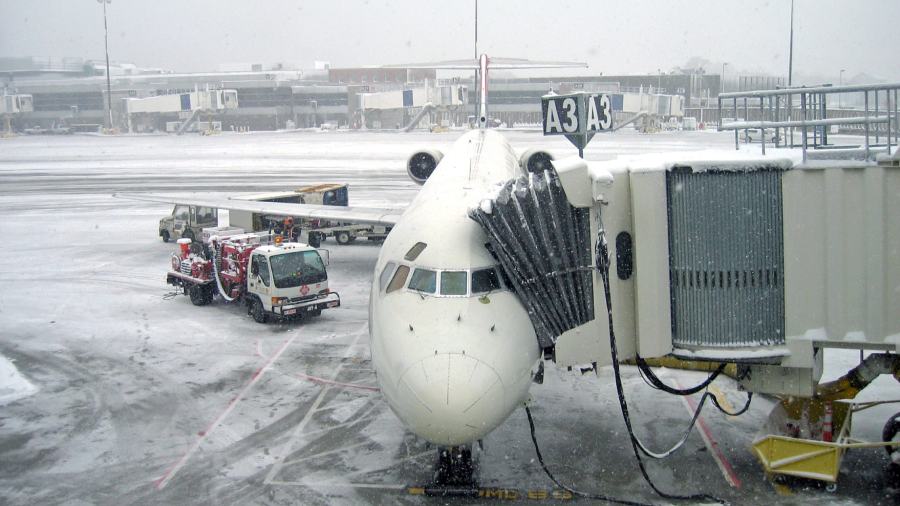 About 1,400 US flights were cancelled early on Sunday after the north-eastern part of the country was walloped by a fierce winter storm a day earlier, with much quieter weather expected on Sunday.

Several US states had declared emergencies in response to the storm, which formed in the Atlantic Ocean off the Carolinas and was forecast to continue depositing snow into Sunday morning as it moved north to Maine.

The total number of flight cancellations within, into, or out of the US was about 1,400 as of 10.30am ET (1530 GMT), according to flight-tracking website FlightAware.com. Another 647 US-related flights were delayed, the data showed.

The fierce winter storm on Saturday dropped more than 2 feet (60cm) of snow on some areas while packing high winds, prompting thousands of flight cancellations and leading governors in Rhode Island and other states to curtail access to the roads.

New York’s Long Island town of Islip was the hardest hit statewide, governor Kathy Hochul told WCBS-TV on Sunday. “We’re going to give them the golden snowball award for this week, this storm. They were at 24.7 inches,” Hochul said.

Much quieter weather was expected across the US East Coast on Sunday, the National Weather Service said.