If most MPs vote on Wednesday that they have no confidence in the government, Theresa May would have 14 days to win back support 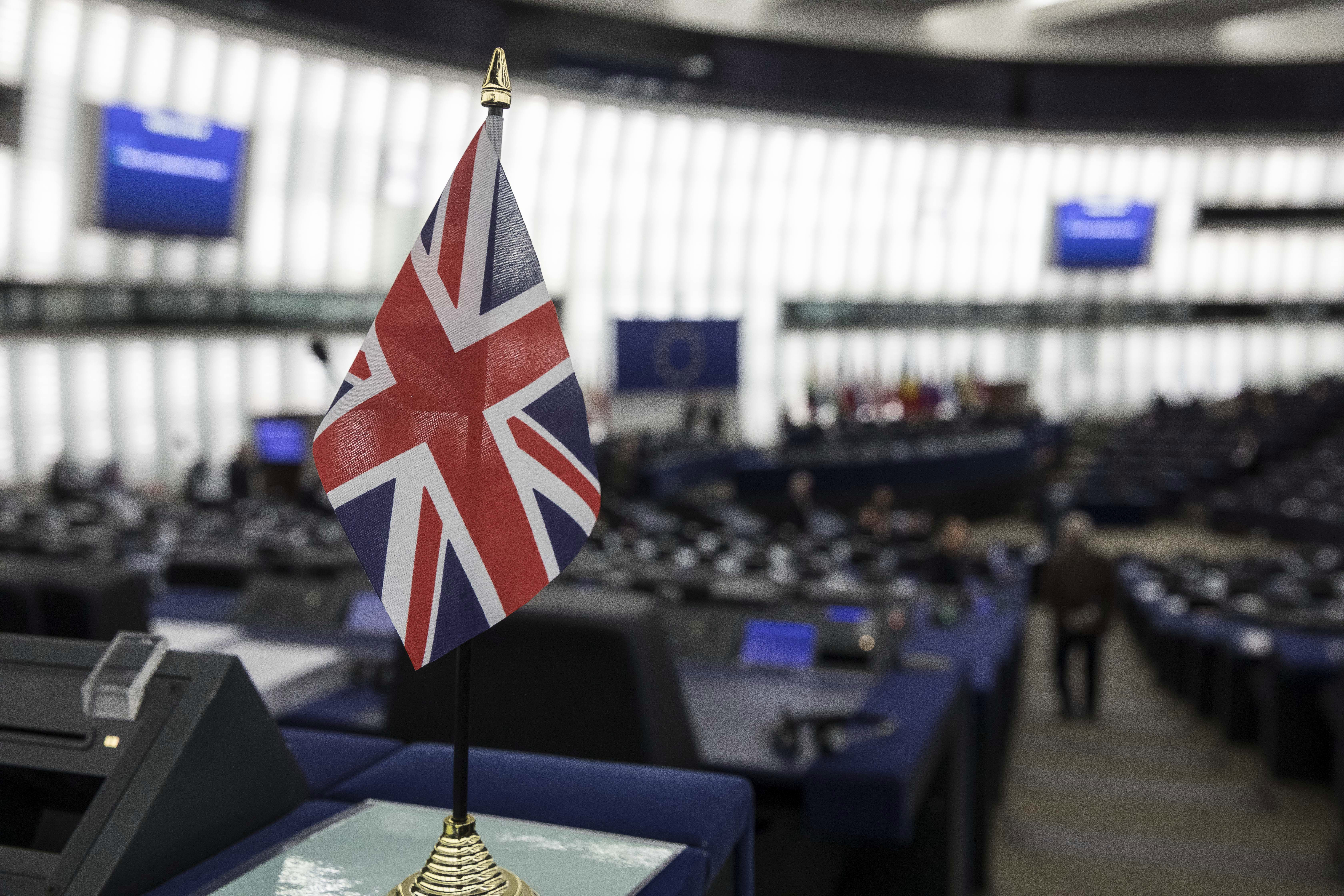 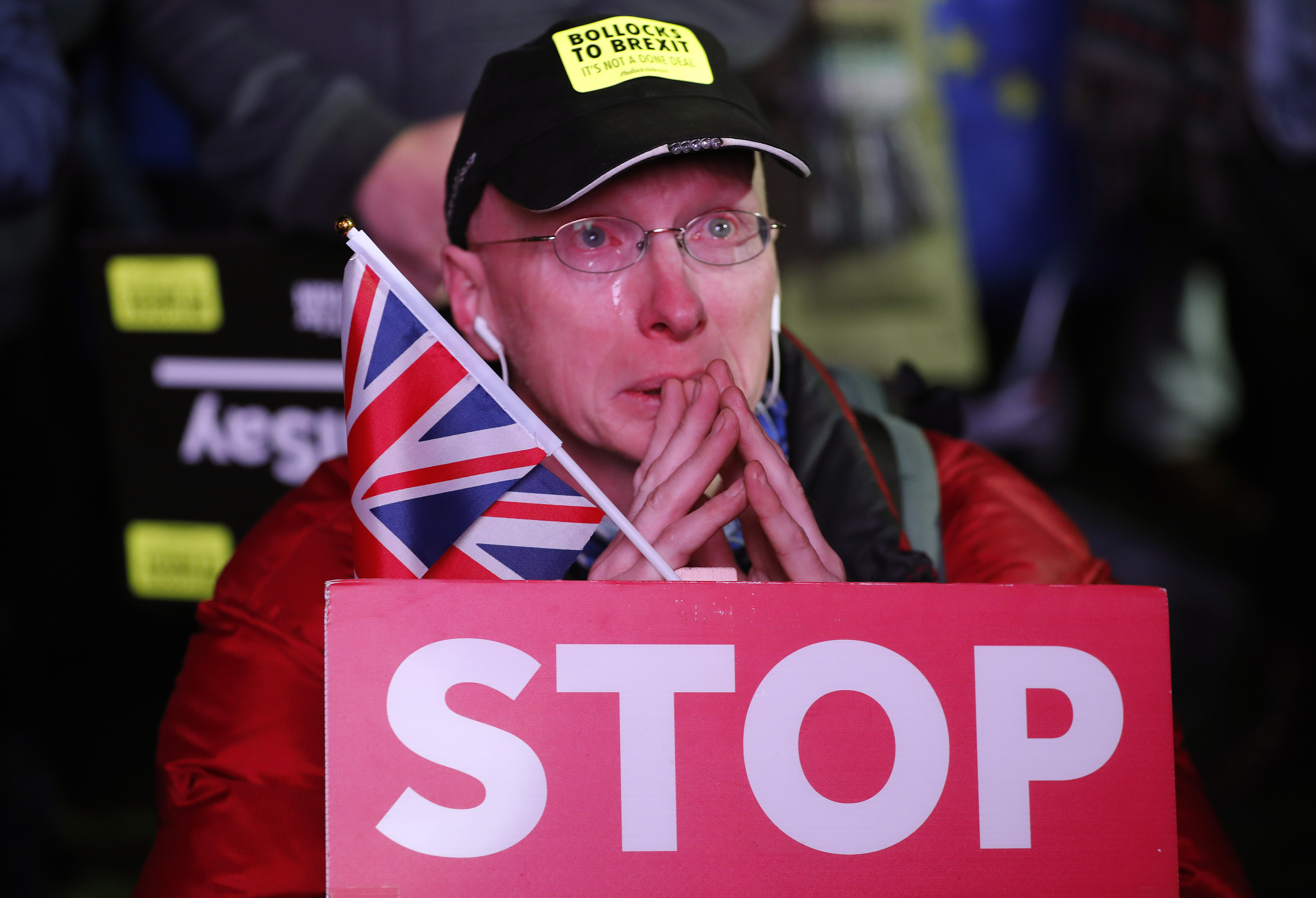 An anti-Brexit demonstrator cries as he gathers in Parliament square in London on Tuesday.
AP
Advertisement

What happens next is anyone’s guess

There are many possible paths for what comes next. Factions of Britain’s government are offering their own versions of a way forward, although none seem to agree on the course.

Britain is still set to leave the European Union on March 29, with or without a deal. Neither May’s government nor the European Union wants a “no-deal” Brexit to happen, and analysts say that without an agreement in place, the divorce would be chaotic and economically damaging.

The prime minister could be forced to ask Parliament to postpone the country’s departure from the bloc. Under the European Union treaty, suspension of the two-year negotiating period needs the approval of all 27 member states. The member states might agree to this if Britain were to hold another election or referendum but are less likely to agree if the government simply wants more time to negotiate concessions from Europe.

The British Parliament’s long-anticipated vote on a plan to withdraw from the European Union, also known as Brexit, came to its expected conclusion on Tuesday night when lawmakers weighed in on a deal proposed by Prime Minister Theresa May.

No one really thought that at the last minute May would be able to pull a rabbit out of her hat to secure approval for the plan. And she didn’t, with her Brexit deal rejected by a vote of 432-202. Now she has to go hat in hand to Brussels to see if she can work some magic there.

Here’s what to know as Britain enters uncharted territory of the process that is Brexit.

The opposition has called a vote of no confidence

On Tuesday night, Jeremy Corbyn, the leader of the Opposition Labour Party, called for a vote of no confidence in May’s government, denouncing what he called its “sheer incompetence”.

If most members of Parliament vote on Wednesday that they have no confidence in the government, May would have 14 days to win back the support of lawmakers. Without that, an early general election would be triggered. (The no-confidence vote on May’s government differs from a vote she faced in December, when members of her own Conservative Party tried to unseat her as party leader. She survived that vote, 200-117.)

If the no-confidence measure passes, the Opposition could take power. But Corbyn is unlikely to have enough votes for the measure to pass, a reality that Labour politicians have themselves admitted.

Barry Gardiner, a Labour member of Parliament, told the BBC that while the numbers are “probably not there” to win the vote of no confidence, “it’s not about a one-off thing.” Gardiner said the vote was intended to raise the question of whether May should resign. 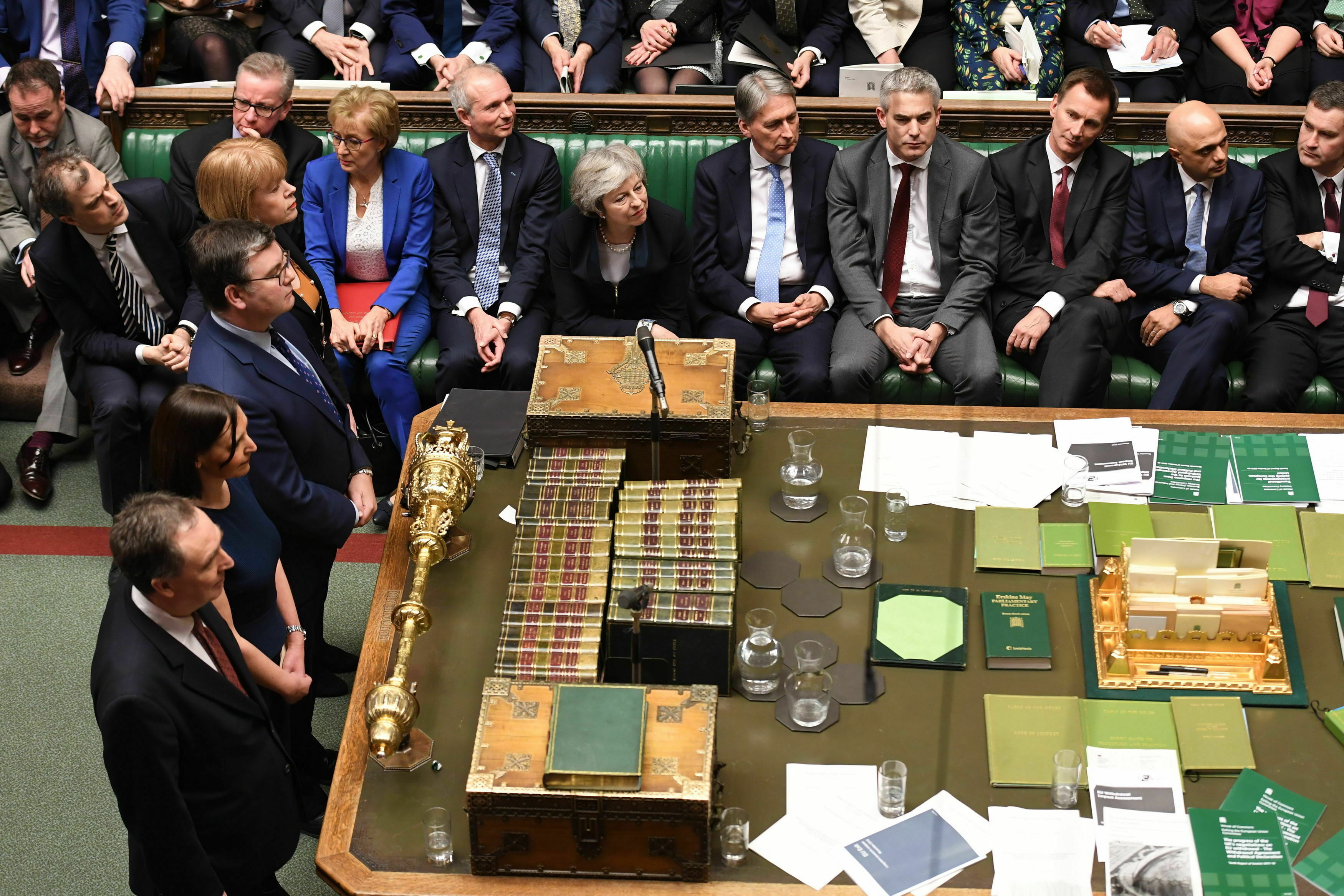 In this image issued by the House of Commons of British Prime Minister Theresa May looks on as MPs announce that she has lost a vote on her Brexit plan.
AP photo 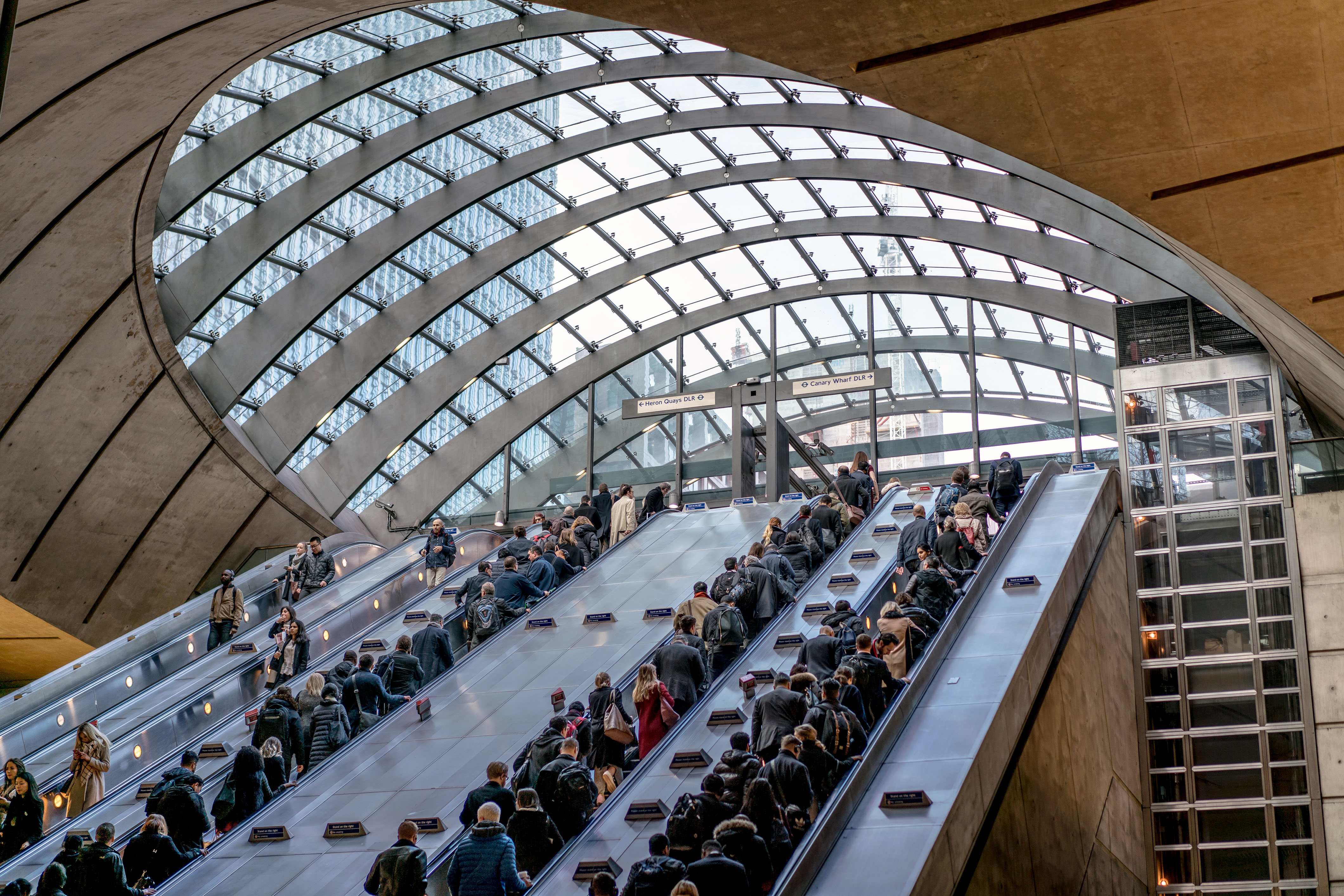 Commuters at Canary Wharf station, in the heart of London’s global banking centre in March, 2016. Many banks are already configuring plans to move significant numbers of people to other financial centers within the European Union, ensuring that trading can continue without a hitch after Brexit is complete.
The New York Times

European Union leaders reaffirmed: This is the only deal on the table

Following Tuesday’s vote, European Commission leaders issued this stern response: “We regret the outcome of the vote, and urge the UK government to clarify its intentions with respect to its next steps as soon as possible.”

While May could theoretically go back to the EU and try to come up with a new deal that she would then have to take to Parliament, the bloc has remained firm that this is the only deal it will offer.

Jean-Claude Juncker, the president of the European Commission, said in a statement maintained that the current Brexit agreement is “a fair compromise and the best possible deal” and “the only way to ensure an orderly withdrawal of the United Kingdom from the European Union”.

The negotiations between Europe and Britain formally began in June 2017 and lasted for nearly a year and a half. The European Commission has begun putting a contingency plan in place, in case the bloc is unable to come to an agreement with Britain, to minimise what could be a chaotic and damaging divorce.

In his statement, Juncker alluded to the withdrawal deadline — 10 weeks away — and warned Britain, “Time is almost up.”

May has until Monday to present a new deal

May now has until Monday to present a back-up plan to Parliament. But she is running out of time to come up with a deal that would be supported by a deeply divided Parliament: a faction of her own Conservative Party has advocated a “hard Brexit,” the opposition wants closer economic ties with Europe, and parties are split about terms regarding the Irish border. Many in her own party abandoned the prime minister during Tuesday’s vote.

May has indicated that she will appeal to the European Union in Brussels for concessions and try again to win parliamentary approval, but the bloc is unlikely to renegotiate without a clear path forward. That could mean either withdrawal without a deal, a scenario most lawmakers want to avoid, or a much “softer” Brexit — one with closer ties to the European Union.

May could also call a second referendum, an option favored by some Opposition politicians who hope that voters have changed their minds. But she has so far opposed this option.

Instead, May has been vocal about her commitment to finding a workable deal and warned this week that a failure to withdraw from the bloc would risk “a subversion of the democratic process” and do “catastrophic harm” to Britons’ faith in their political system.