Marzieh Hashemi was detained by federal agents in St. Louis, where she had filmed a documentary 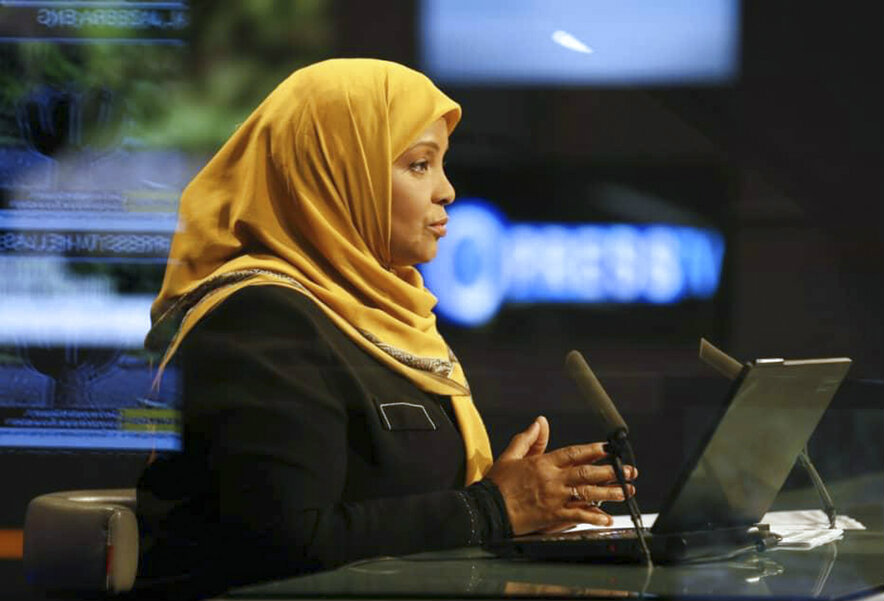 Federal officials confirmed on Friday that a prominent American-born anchorwoman on Iranian state television was jailed in the US as a material witness and has not been charged with any crime, according to court papers.

Marzieh Hashemi has appeared twice before a US district judge in Washington and has been appointed an attorney. US government officials expect her to be released immediately after her testimony before a grand jury.

The order to unseal some parts of her case came days after she was first detained. It did not include details on the criminal case in which she was named a witness. Her son Hossein Hashemi did not comment on details of the case outside court on Friday.

It was not clear how long her testimony would take.

'We're hoping that it would be complete and she would be out this week. It doesn't look like that's going to happen,' he said. 'So we're just waiting to hear more.'

Federal law allows judges to order witnesses to be detained if the government can prove that their testimony has extraordinary value for a criminal case and that they would be a flight risk and unlikely to respond to a subpoena. The statute generally requires those witnesses to be promptly released once they are deposed.

Marzieh Hashemi, who works for the Press TV network's English-language service, was detained by federal agents on Sunday in St Louis, where she had filmed a Black Lives Matter documentary after visiting relatives in the New Orleans area, her son said. She was then transported to Washington and has remained behind bars since then.

Hashemi, 59, is a US citizen and was born Melanie Franklin. She lives in Tehran and comes back to the United States about once a year to see her family, usually scheduling documentary work in the US, her son said.

Hossein Hashemi said he, his brother and his sister also have been subpoenaed to appear before the grand jury. Asked whether his mother had been involved in any criminal activity or knew anyone who might be implicated in a crime, Hashemi said, 'We don't have any information along those lines.'

Marzieh Hashemi's detention comes amid heightened tensions between Iran and the US after President Donald Trump withdrew America from a nuclear deal. Iran also faces increasing criticism of its own arrests of dual citizens and other people with Western ties.

The New York-based Committee to Protect Journalists issued a statement early on Friday expressing concern over Marzieh Hashemi's case and asked the Justice Department to disclose the reason for her arrest. The group's statement noted that 'Iran routinely jails journalists.'