More than 1,000 specimens were unearthed at an undisclosed location during a three-day excavation in June, London’s Natural History Museum said 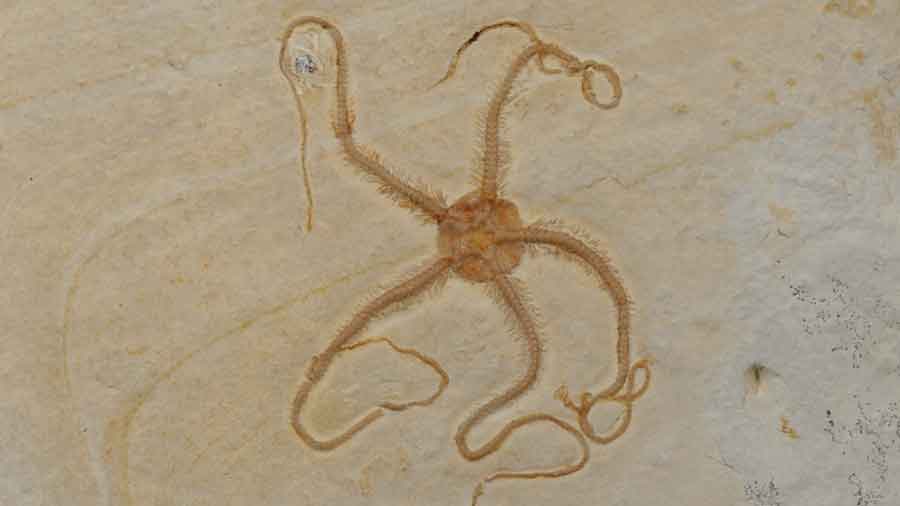 Over 167 million years later, two amateur paleontologists, Neville and Sally Hollingworth, uncovered fossils in a limestone quarry there, the largest find of Jurassic starfish and their relatives ever to be made in Britain.
Representational: Shutterstock
Aina J. Khan   |   London   |   Published 26.07.21, 12:07 AM

Millions of years before the Cotswolds, in western England, became a popular vacation destination, romanticised for its ancient woodlands, honey-coloured stone villages and medieval abbeys, it was a shallow, warm sea, home to a Jurassic marine ecosystem.

Over 167 million years later, two amateur paleontologists, Neville and Sally Hollingworth, uncovered fossils in a limestone quarry there, the largest find of Jurassic starfish and their relatives ever to be made in Britain.

More than 1,000 scientifically significant specimens were unearthed at an undisclosed location during a three-day excavation in June, London’s Natural History Museum said in a statement last week. The site is not being revealed for security reasons.

The find by the Hollingworths, a husband-and-wife team, includes three new species and an entire ecosystem of echinoderms — a group of animals that includes starfish, brittle stars, feather stars, sea lilies, sea cucumbers and echinoids. Fossils of such animals are extremely rare because they have fragile skeletons that are not often preserved.

The exquisite detail of the collected fossils capture the creatures’ last moments before they were buried by what experts have said could have been an underwater mudslide.

The Hollingworths scoured Google Earth to pinpoint the site of their latest excavation. The location the Hollingworths identified last August was a privately owned limestone quarry surrounded by Jurassic rock beds. The site had been mentioned in research papers published over a century ago as a place where some marine fossil specimens had been found.

In November, after digging less than two feet into the quarry’s clay, Neville said, he “instantly recognised” evidence of fossils. “Within 10 minutes,” Neville said, he thought to himself, “‘There is something really special here.’”

His wife was more sceptical. “We found really tiny, fingernail-sized fragments of fossils,” said Sally, 50. “I was going to have a cup of tea,” she said laughing. “It was all a bit boring.”

But Neville would not be deterred. While he expected little from the excavated slabs of clay, he said, he still spent hours in his garage removing layers of sediment, grain by grain, with a microsandblaster. Then he caught a glimpse of a sea lily fossil.

“The whole block came alive,” Sally said. “I’ve never seen anything like it.”

“They’ve got this beautiful, ornate crown cup, and little, tiny featherlike projections sticking out of them,” Neville said, describing the sea lily fossil. “The minutest detail is preserved beautifully.”

He promptly reached out to a senior curator at the Natural History Museum with whom he had become acquainted on previous digs. Neville invited the curator, Tim Ewin, to visit the excavation site, enticing him by email with photographs of the fossils.

“To my joy and surprise, they were beautifully preserved fossils — sea urchins, starfish and some really rare feather stars,” Ewin said.

Among the echinoderms found at the excavation site, the feather stars — marine invertebrate crinoids with feathery arms — were the rarest.