Shelling forced the shutdown of Zaporizhzhia's offsite power lines, which are critical to prevent a nuclear meltdown 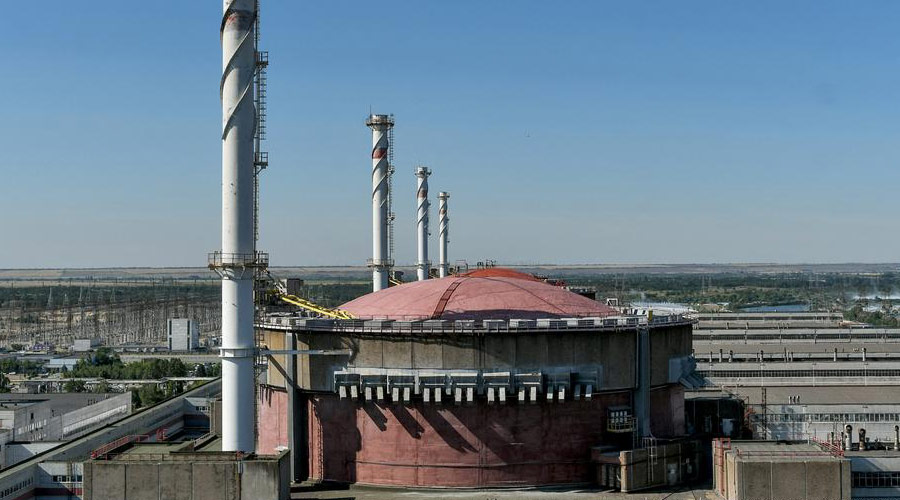 Shelling has forced the shutdown of Zaporizhzhia's offsite power lines, which leave the site reliant on diesel generators for core operations such as cooling. The IAEA renewed its call for a demilitarized zone.

The UN's atomic watchdog, the International Atomic Energy Agency (IAEA), has warned that shelling near the Zaporizhzhia nuclear plant and a lack of power supply were causing a "precarious" situation.

IAEA chief Rafael Grossi renewed his call for a demilitarized zone in the area in order to prevent a nuclear disaster.

"This is an unsustainable situation and is becoming increasingly precarious," Grossi said in Vienna.

Ukraine and Russia have blamed each other for shelling near the Zaporizhzhia plant, which is Europe's biggest nuclear power plant, equipped with six reactors.

The territory is in Russian hands, but Ukrainian operators are running the plant.

The IAEA recently visited the area, finding numerous cases of damage to the plant and even witnessing shellfire in the area, forcing the delegation to seek shelter.

Among the damaged infrastructure at the plant were the roofs of several buildings, the structure that houses fresh nuclear fuel and the solid radioactive waste storage facility.

The plant's offsite power lines, which are critical for functions such as cooling to prevent a meltdown, have already been cut because of the shelling and destruction of the substation in the nearby town of Enerhodar.

Ukraine's government has said it may have to shut down the last operating reactor, including the cooling systems for the plant's nuclear fuel, as a result.

"The entire power plant would then be fully reliant on emergency diesel generators for ensuring vital nuclear safety and security functions," Grossi said. "And, as a consequence, the operator would not be able to restart the reactors unless offsite power was reliably reestablished."

Energodar has been left without running water or electricity, raising the risk that there soon would not be enough Ukrainian personnel to operate the plant safely, Grossi warned.

"Enerhodar has gone dark. The power plant has no off-site power. And we have seen that once infrastructure is repaired, it is damaged once again," the IAEA chief said.

"This is completely unacceptable. It cannot stand," Grossi said.