Location of the commercial grain cargo is unknown 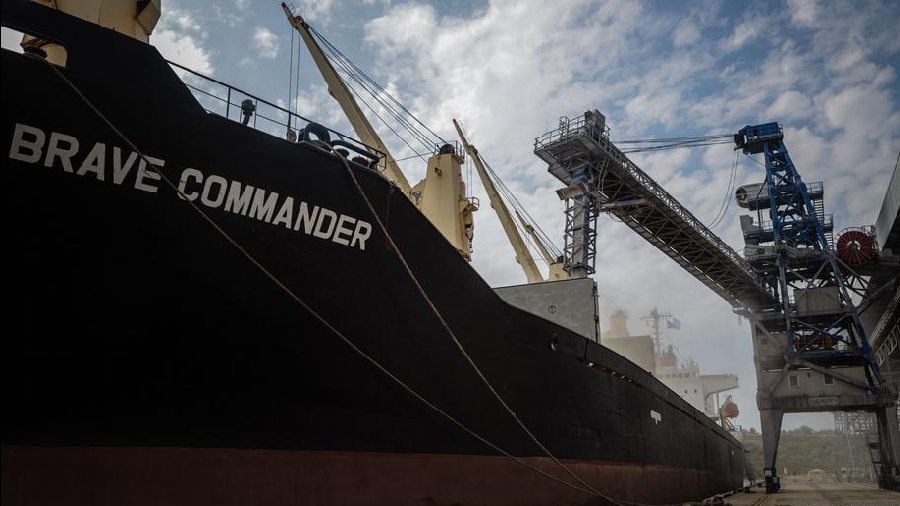 The ship has been chartered by the United Nations to deliver food bound for Ethiopia
Deutsche Welle
Deutsche Welle   |   Published 16.08.22, 03:48 PM

A UN-chartered grain ship left Ukraine on Tuesday, with the food eventually bound for Ethiopia.

The slump in grain exports from Ukraine since the start of the war has driven up global food prices, sparking fears of shortages in Africa and the Middle East.

What's special about the latest shipment?

Seventeen ships have left Ukrainian ports loaded with some 475,000 tons of agricultural products since the first vessel departed at the beginning of August. However, the previous shipments were all commercial.

The Brave Commander cargo — which left from Pivdennyi Seaport in the city of Yuzhne — is the first shipment of its kind as part of a program to help countries facing famine.

The Ukrainian Infrastructure Ministry, which is in charge of shipments, said the grain was destined for consumers in Ethiopia — one of five countries that the UN considers most at risk from famine.

"The ministry and the United Nations are working on ways to increase food supplies for the socially vulnerable sections of the African population," the ministry said in a statement.

At the end of July, the United Nations and Turkey had brokered agreements between Kyiv and Moscow to allow Ukraine to resume exporting grain through its Black Sea ports.

He said the ministry had received applications for 30 ships to come to Ukraine in the next two weeks to export grain.

The Ukrainian embassy in Beirut says there is now no information about the location and destination of the first grain ship to leave Ukraine under the deal.

According to the embassy, the Sierra Leone-flagged Razoni has had its cargo resold several times.

The Razoni, which left Odesa on August 1, was initially heading for Lebanon with 26,000 metric tons of corn for chicken feed.

However, the corn's buyer in Lebanon refused to accept the cargo, since it was delivered much later than had been agreed.

The Razoni last transmitted its tracker location four days ago, off the coast of southern Turkey.

It's not clear if the Razoni had its tracker off because it was heading for a destination in Syria. Kyiv has accused Damascus, a strong ally of Russia under Western sanctions, of importing grain stolen from Ukraine.