While Downing Street is yet to confirm any details, an in-person meeting was discussed during phone call between the two PMs 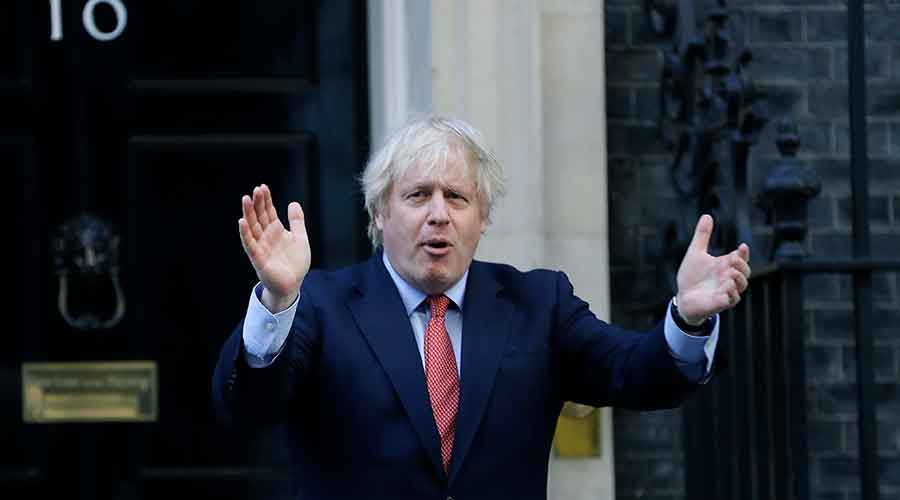 British Prime Minister Boris Johnson is planning a visit to India towards the end of this month with a focus on strengthening bilateral ties against the backdrop of the ongoing India-UK Free Trade Agreement negotiations, according to official sources.

The visit, which is expected around April 22, is long overdue after Johnson was forced to cancel planned visits to India twice last year due to the Covid-19 pandemic.

While Downing Street is yet to confirm any details, an in-person meeting was discussed during a phone call between Johnson and Prime Minister Narendra Modi last month.

The leaders welcomed India and the UK's strong and prosperous relationship, and agreed to continue to build on trade, security and business ties in the coming weeks and months. They looked forward to meeting in-person at the earliest opportunity, a Downing Street spokesperson said in a readout of the call on March 22.

Last week, Downing Street sources told PTI that Johnson was very keen to visit India for talks with his Indian counterpart Modi, though firm plans are yet to be fully drawn up.

The two leaders last met in-person on the sidelines of the COP26 Climate Summit in Glasgow in November last year, when their bilateral talks during the World Leaders' Summit focussed on the India-UK climate partnership as well as a review of the 2030 Roadmap which they had signed during a virtual summit in May 2021.

The Roadmap, which aims to at least double bilateral trade between India and the UK by 2030, is part of Britain's so-called Indo-Pacific foreign policy tilt.

The UK has world-class businesses and expertise we can rightly be proud of, from Scotch whisky distillers to financial services and cutting-edge renewable technology.

We are seizing the opportunities offered in growing economies of the Indo-Pacific to cement our place on the global stage and deliver jobs and growth at home, he said in January.

The conflict in Ukraine and the UK's leading role in imposing stringent sanctions against Russian President Vladimir Putin's regime is also likely to feature strongly during talks between Johnson and Modi.

On Ukraine, India reiterated that the immediate cessation of violence and return to dialogue and diplomacy is the key to long term peace in the region, the Ministry of External Affairs (MEA) said with reference to the ministerial talks.

Both sides appreciated the substantial progress made in the India-UK FTA negotiations with two productive rounds already completed since their launch in January 2022, it noted.

The third round of India-UK FTA talks, scheduled to be hosted by India later this month, is likely to be timed around the prime ministerial visit.