Trump declares victory now, but legal perils far from over 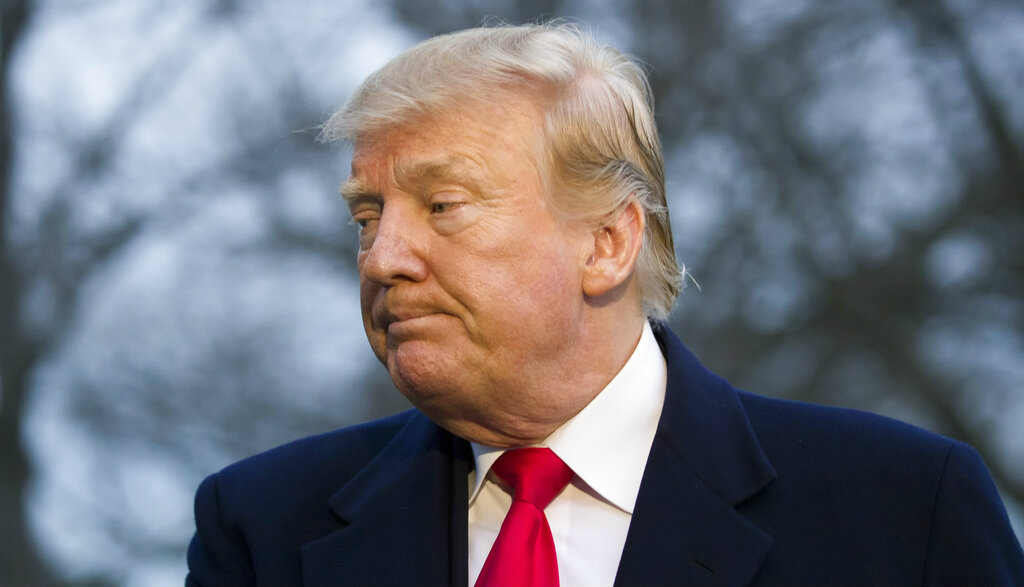 President Donald Trump may be reveling in what he sees as 'complete and total exoneration' from special counsel Robert Mueller's investigation, but his legal perils are far from over.

Federal and state investigators in New York are deep into investigations of their own into Trump and those in his orbit, probes that some observers have long viewed as every bit as menacing as Mueller's two-year look into possible collusion with Russia to influence the 2016 presidential election.

'They are very real and very significant,' said Patrick J. Cotter, a former federal prosecutor in the Southern District of New York. 'If you're Trump, this has got to feel, in some ways, like an even greater threat than the Russia probe.'

Advertisement

If you're Trump, this has got to feel, in some ways, like an even greater threat than the Russia probe.
- Patrick J. Cotter, former federal prosecutor in the Southern District of New York


Federal prosecutors in Manhattan are pursuing at least two known criminal inquiries, one focused into possible corruption in Trump's inaugural committee and another on the hush-money scandal that led his former lawyer, Michael Cohen, to plead guilty last year to campaign-finance violations.

The President also faces inquiries from New York's attorney general, Letitia James, who recently opened a civil inquiry into Cohen's claims that Trump exaggerated his wealth when seeking loans for real estate projects and in a failed bid to buy the NFL's Buffalo Bills. Meanwhile, a state regulatory entity is looking into whether Trump gave false information to insurance companies.

Cohen told Congress in a testimony last month he is in 'constant contact' with prosecutors involving ongoing investigations.

Trump has dismissed the New York investigations as politically motivated harassment, a theme he and his supporters are likely to keep hammering in the wake of the Mueller findings.

The Justice Department declared on Sunday that Mueller's two-year investigation found no evidence that Trump's campaign 'conspired or coordinated' with Russia to influence the 2016 presidential election, and did not come to a definitive answer on whether Trump obstructed justice.

Reacting to the findings in Florida on Sunday, Trump called the Mueller probe 'an illegal takedown that failed'. 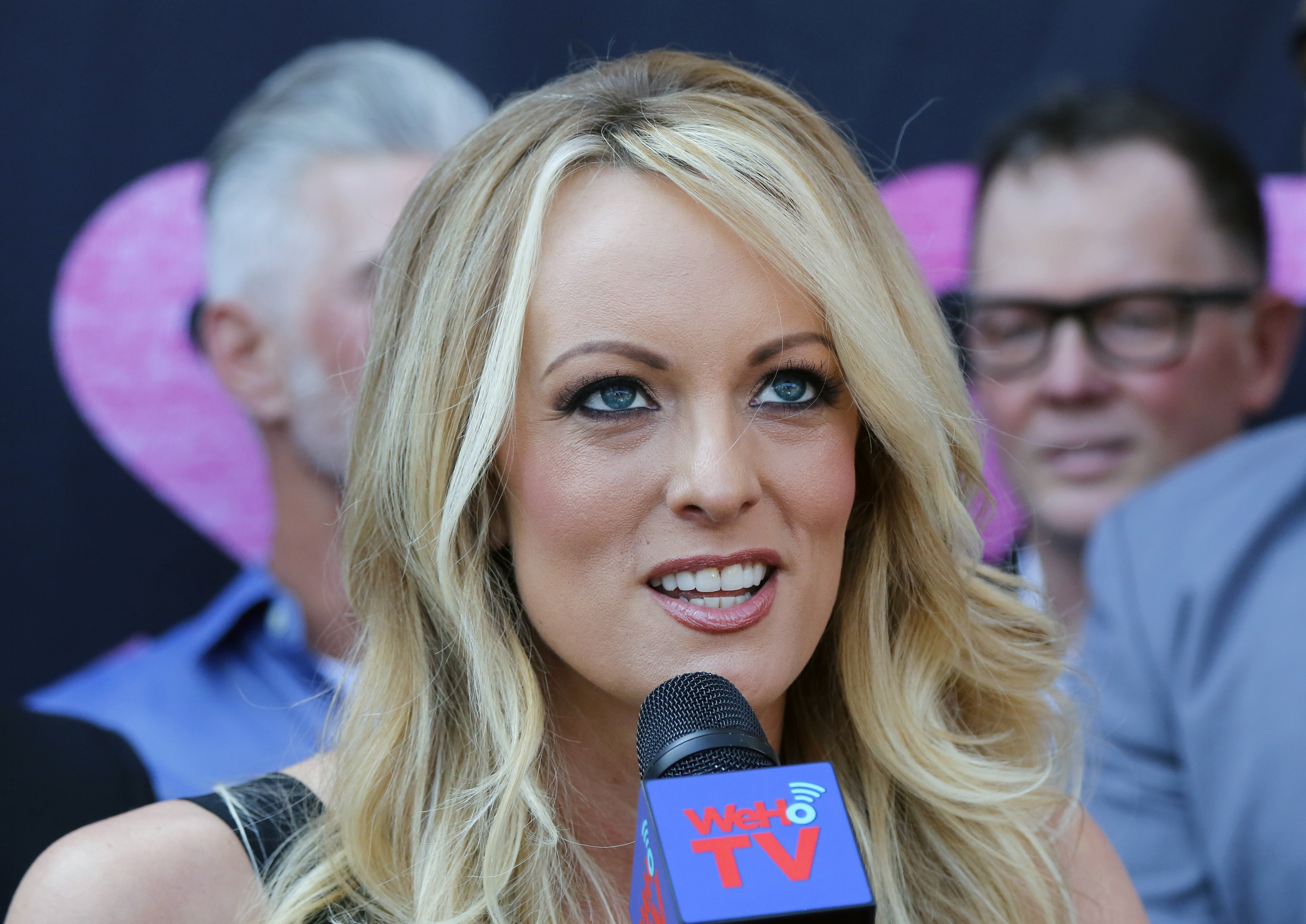 Trump says the payment to Stormy Daniels was a private matter unrelated to his campaign.
AP file picture

Political observers have continued to speculate that Cohen, who is scheduled to report to prison in May, might secretly be providing investigators with additional information.

'If you've got Michael Cohen, the president's former lawyer, as a tour guide, that means you could go anywhere,' former Gov. Chris Christie of New Jersey told MSNBC recently.

Cohen stoked speculation when he told Congress he was aware of other 'wrongdoing' involving Trump but couldn't talk about it because it was 'part of the investigation that's currently being looked at by the Southern District of New York.'

Among other things, he suggested prosecutors were investigating communications he had with either Trump or one of his representatives in spring 2018 in the months after the FBI raided his home and office. At the time, Cohen was looking for information about whether Trump might consider giving him a pardon.

The President has denied breaking any laws and dismissed Cohen as a liar. He derided the state investigations in New York as a 'witch hunt,' calling the state and its Democratic governor and attorney general 'proud members of the group of PRESIDENTIAL HARASSERS.'

Trump says the payments to Daniels and McDougal were a private matter unrelated to his campaign.

The White House has said Trump was not involved in the operations of his inaugural committee, which raised $107 million to celebrate his election.

The inquiry into the committee has focused partly on whether donors received 'benefits' after making contributions or whether foreign nationals made barred donations, according to a subpoena sent to the committee. The same document shows prosecutors are looking at whether the committee's vendors were paid with unreported donations.

The US Justice Department has held for nearly a half-century that a sitting president is constitutionally immune from criminal prosecution, a conclusion Cotter, the former prosecutor, referred to as Trump's 'ace in the hole.'

If prosecutors find evidence Trump committed a crime, they could wait to charge him after he leaves office, though the legal deadline for filing charges is five years for most federal offenses, including the campaign-finance violations in question in the Cohen case.

The possibility of Trump's re-election has raised questions about whether that deadline could be tolled — suspended — for the duration of his presidency.

Jennifer Rodgers, a former federal prosecutor in the Southern District of New York, said it's unlikely a judge would allow that because no law expressly forbids charges against a sitting president. Tolling the statute of limitations is typically reserved for circumstances beyond the government's control, like when a defendant becomes a fugitive.

'The DOJ, in fact, could proceed with a case' against the president, said Rodgers, who lectures at Columbia Law School. 'They aren't because of their own policy.'

James, New York's attorney general, also has a pending lawsuit alleging Trump and his family illegally ran the Trump Foundation as an extension of his businesses and presidential campaign. And she has called for a 'full examination' of a New York Times report accusing Trump's family of benefiting from 'dubious tax schemes' in the 1990s.

The foundation has agreed to dissolve. Its lawyers have argued that the lawsuit is flimsy and politically motivated.

Experts have said the President is unlikely to be criminally prosecuted over the tax matters, which are far past the statute of limitations, but state officials could pursue Trump for millions of dollars in civil fines.

Trump campaign did not conspire with Russia in 2016: DOJ