In Bengal, Id-ul-Zoha will be celebrated on Saturday 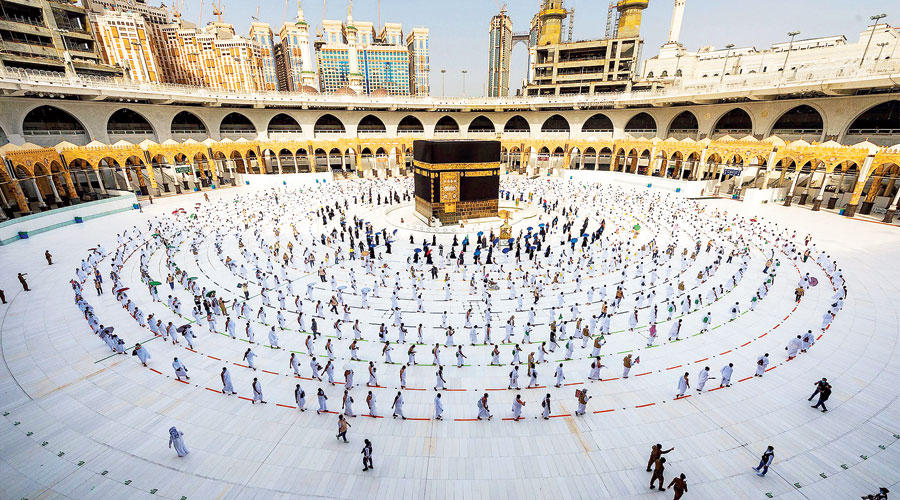 Pilgrims circumambulating the Kaaba, Islam’s holiest shrine, at the centre of the Grand Mosque in the holy city of Mecca in Saudi Arabia on Friday.
AP
Our Bureau, Agencies   |     |   Published 01.08.20, 04:45 AM

Because of the pandemic, Saudi Arabia said it would this year allow just 1,000 pilgrims — Saudis and foreigners living in the kingdom — for the Haj though some news reports suggested the final number could be higher. Last year,3 million Muslims from around the world had performed the Haj.

On Thursday, a Saudi health ministry spokesman said there had been no Covid-19 infections nor any other major diseases among the pilgrims so far. The government took numerous precautions, including testing the pilgrims for the virus, monitoring their movement with electronic wristbands and requiring them to quarantine before and after the Haj.

In Bengal, Id-ul-Zoha will be celebrated on Saturday.