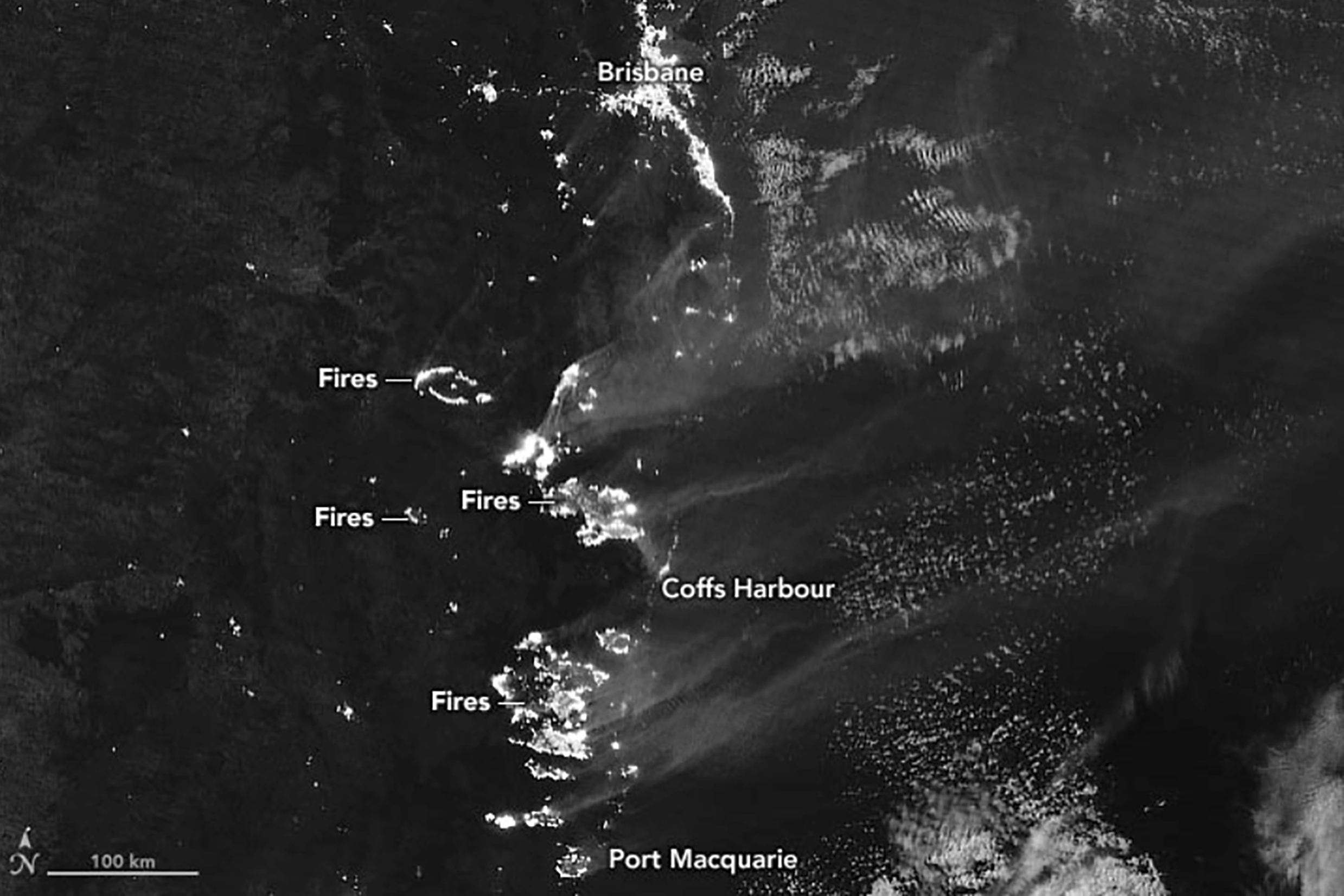 Fires raged across a swathe of Australia’s east coast on Tuesday, destroying more homes and shrouding Sydney in smoke from a blaze authorities fear they will be unable to control until next week.

An aircraft was diverted to drop fire retardants on bushfires threatening homes in Sydney’s northern suburbs. Television footage showed some of the substance

overshot the blaze, colouring houses and vehicles pink and red.

Officials were responding to 11 emergency warnings in New South Wales (NSW) by evening as around half the 70 fires across the state burned uncontrolled in conditions termed “catastrophic”.

“We’ve got a long way to go yet before we can say we’re comfortable with the state of the fires,” New South Wales Rural Fire Service Commissioner Shane Fitzsimmons told reporters in Sydney.

While conditions are expected to ease on Wednesday, he said a forecast for severe weather into the weekend and another burst of hot air next week means “we simply aren’t going to get the upper hand on all of these fires”.

The threat has sharpened attention on the policies of Australia’s conservative government to address climate change, which meteorologists have said was extending the length of the fire weather season.

Aaron Crowe, 38, who lost his two-bedroom home in NSW’s mid-north coast, joined the rally as he tipped some of the charred remnants of his house onto the pavement outside NSW parliament, local media reported.

“In this bucket is my house,” he told the crowd.

Prime Minister Scott Morrison, a vocal supporter of Australia’s coal industry, has declined to answer questions about whether the current fires were a result of climate change.

“The government says this isn't the time to talk about climate change — I completely disagree, we should have been talking about this years ago,” said Carol Sparks, mayor of Glen Innes, north of Sydney, where two people died at the weekend.