That haze has turned the daytime sky orange, obscured visibility and prompted many commuters to wear breathing masks 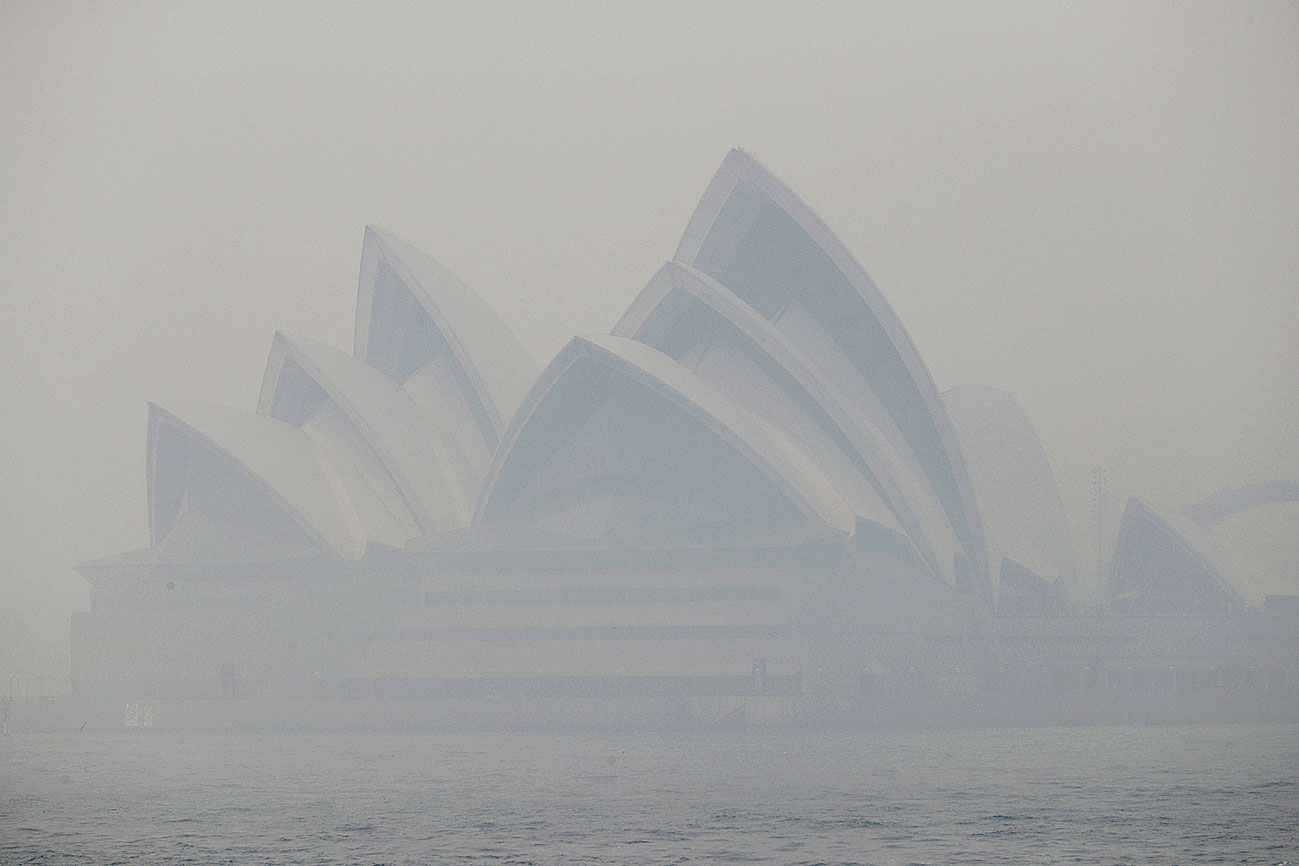 Smoke from Australia’s fierce bushfires settled over Sydney in still conditions on Tuesday, setting off fire alarms, and halting ferry services as famous landmarks disappeared behind some of the worst haze seen in the harbour city.

A 60km firefront is devastating tinder-dry areas northwest of Sydney, Australia’s largest city, and sending hazardous smoke across the east and over the Pacific, even causing haze more than 2,000km away in New Zealand.

“This smoky period we’ve been experiencing for the past month or so, it is unprecedented, so these conditions are a risk to people’s health,” said Richard Broome, the New South Wales government’s director of environmental health.

Broome said while many people would experience sore eyes, nose and throat irritations, those with pre-existing health conditions and young children and the elderly were at particular risk. Sydney’s air quality index readings in some parts of the city on Tuesday were 11 times the threshold considered hazardous, government data showed.