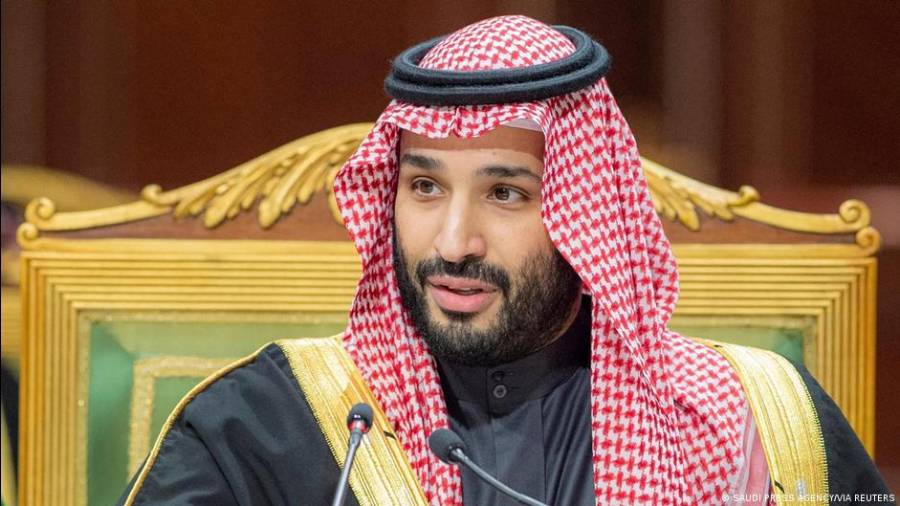 The journey marks the first time the prince has visited the European Union since the killing of US-Saudi journalist Jamal Khashoggi in 2018 in the Saudi Embassy in Istanbul.

Investigations have linked the journalist's murder to Prince Mohammed, frequently referred to as MBS.

He is set to meet with the Greek and French leaders "to discuss bilateral relations and ways to enhance them in various fields," SPA reported, citing a statement from the Saudi royal court.

The Europe trip follows a visit by US President Joe Biden to Saudi Arabia. Biden came under criticism for his fist bump with MBS despite having pledged to sideline the Saudi royal family over its human rights record.

Prince Salman is the de facto ruler of Saudi Arabia, a major oil exporter and key US ally in the region.

US intelligence determined that MBS "approved" the killing of the The Washington Post journalist, but Riyadh has denied this.

Several EU countries have been looking around for alternative sources of energy since Russia has massively reduced its exports of gas and oil to the bloc.

The Russian invasion of Ukraine has compounded skyrocketing fuel prices which has also sent inflation to record rates. The US and EU have since been pressuring Saudi Arabia to increase its output.

The world's biggest crude oil producer has, however, resisted, claiming it is abiding by productions schedules approved by the OPEC+ bloc which it co-leads with Russia.

The new president of the UAE, Sheikh bin Zayed al-Nahyan, was recently hosted by President Macron in Paris. Officials announced a deal between French energy giant Total Energies and the UAE's state oil company during the visit.